Employees, customers and the public all expressed hostility to the announcement by Art Van Furniture last week that it was going out of business. On Sunday, the Detroit-area furniture and mattress retailer filed for Chapter 11 bankruptcy after it began liquidation sales on Friday with plans to permanently close all company-owned stores within 60 days.

The Art Van showroom located in Warren, Michigan—also the home of the company’s corporate offices and primary warehouse—was closed early Saturday afternoon, when long lines of angry customers began creating a traffic jam amid concerns of potential violence breaking out on 14 Mile Road in the Detroit suburb. 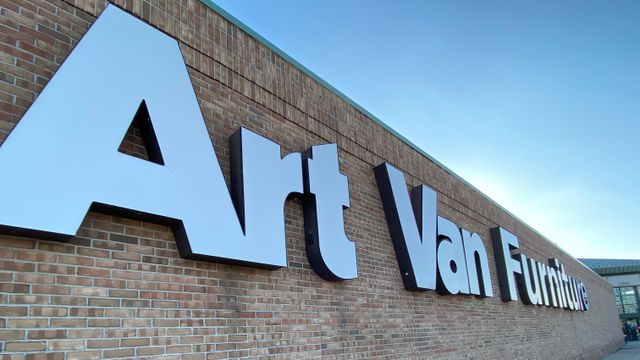 Other locations in the area experienced similar lines as confusion mounted among customers who had previously made purchases and were told that their furniture and other household items would not be delivered as agreed to at the time of their order. Customers were also told that their money could not be refunded, but they could use it for in-store credits only.

Art Van has approximately 3,000 employees, many who have worked for the company for decades if not their entire working lives. In response to a widespread sickout action by staff people during the liquidation sales, Art Van management posted notices on Monday threatening employees with termination if they reported to work without a medical note after one unexcused absence.

On social media, workers and others expressed their anger toward the private equity firm Thomas H. Lee Partners that bought a controlling stake in the furniture company two years ago and was behind the decision to declare bankruptcy and liquidate.

One tweet said, “Art Van didn’t fail. A hedge fund (Thomas H. Lee and Partners) bought the company from the Van Elslanders and then proceeded to pull a bunch of money out of it until it could no longer pay its bills. This was done intentionally. And what THL did is completely legal.”

Others pointed to the connections between the private equity firm and prominent Democratic Party officials such as the Clintons and the leading Democratic candidate for president Joe Biden. One tweet said, “Thomas H. Lee Equity Partners of Boston drove thriving Art Van Furniture into the ground in Warren, MI in three short years. They held a fundraiser for Joe Biden in December.”

According to information on Wikipedia, Thomas H. Lee, the founder of the private equity company “is a friend of Bill Clinton and Hillary Clinton. In June 2008 at the conclusion of Hillary’s unsuccessful presidential run, she and Bill were reported to have stayed at his East Hampton, New York beach front home for a few days for the period when she was out of the public eye.”

The Chapter 11 filing in US Bankruptcy Court for the District of Delaware, along with other documents submitted to the government by Art Van executives, sheds light on the condition of the firm that was founded by Archie Van Elslander in East Detroit in 1959.

According to the Voluntary Petition for Chapter 11 submitted by Art Van Furniture, LLC, the company has 13 business entities with between $100 million and $500 million in debt owed to more than 50,000 creditors. The document lists Art Van’s top 30 unsecured creditors—all of whom are suppliers, such as marketing and advertising suppliers and furniture manufacturers. Among them are the advertising company The Sussman Agency, La-Z-Boy Chair Company and Sealy Mattress Company, which are owed $7.8 million, $5.2 million and $4.1 million respectively.

An accompanying statement from David Ladd, Executive VP and Chief Financial Officer of Art Van Furniture, states the company “has worked in concert with its secured lenders to develop a budget for the use of cash collateral to facilitate an expedited sale and orderly winddown process that will maximize value and recoveries for stakeholders in these cases.” In other words, the secured investors and banks will be paid off first with the assets of the company, and whatever is left after that will go to the remaining creditors.

The 22-page declaration from David Ladd, who has been the EVP and CFO since before the sale of Art Van to private equity, also explains that the firm was sold to Thomas H. Lee Partners (THL) in 2017 for $612 million in a financial manipulation called a real estate sale-leaseback.

As the David Ladd declaration states, “At the closing of the 2017 Transaction, THL acquired the operating assets of the business, and certain real estate investment trusts acquired the owned real estate portfolio. The proceeds from the sale-leaseback transaction were used to fund the purchase price paid to the selling shareholders.”

What this means is that the furniture store properties were sold to real estate investors, and the funds from these sales were used by THL as part its $612 million deal to purchase Art Van from the former owners. The furniture company then had to make lease payments to the real estate investors going forward, adding a significant financial obligation to the company.

As Carter Dougherty of Americans for Financial Reform told the Detroit Free Press, “The sale-leaseback approach is a common technique of private equity, not only for forcing target companies to handle crushing debt loads imposed through the takeover process. It’s also a mechanism that helps ensure that private equity executives profit handsomely, even if the company goes bankrupt.”

The World Socialist Web Site spoke with the wife of an Art Van employee, who said, “My husband has worked there for four and a half years. He is a floor manager. Like everyone else, we first found out Art Van Furniture (AVF) was considering their options approximately one month ago. At that time, we were told they were hoping to avoid bankruptcy by selling and/or restructuring.

“On Wednesday, March 4, my husband was at work when he found out via the rumor mill that the employees in the buying department had been told they would only have a job for 60 more days. The following morning, my husband and other managers all took part in a phone conference in which they were informed the company was going out of business. They would not be offered any severance, healthcare would cease immediately upon termination, and that the termination could occur ‘any day between now and 60 days’ without further warning.

“There’s just no way to determine how long the smaller stores will stay open as it is all contingent upon sales. Employees and spouses (my husband and myself included with others we know) are all devastated. Some of our AVF friends have worked for the company for 20, 25, 30 years.

“Prior to the sale, it was a great company to work for with an amazing earning potential. My husband’s job at AVF was a Godsend for us four years ago and we’re still grateful for what it has provided us. Thomas H. Lee Partner? It’s very hard not to feel angry and bitter. We’re all confused. How does a company they deemed to be worth $550 million four years ago end up being worth zero three years later?

“I don’t understand how they weren’t able to save anything, not even one store. How is that possible when—if it’s true—Art Van owned the vast majority of its buildings and fleet of trucks? The AVF family is an amazing group of people, some of whom have been friends with each other for a lifetime. To say it’s sad is an understatement, but that’s just what it is, sad.

“During that conference call eight days ago, the employees were all placed on mute and were not allowed the opportunity to ask any questions. It was so disrespectful. It’s disgusting.”