The remarkable jazz pianist McCoy Tyner passed away at age 81 on March 6. His active career spanned more than 50 years. He was an influential band leader in his own right, but it was his period working with the powerhouse saxophonist John Coltrane from 1960 to 1965 for which he is best known. He was the last living member of the famed “classic” Coltrane quartet, which also included bassist Jimmy Garrison and drummer Elvin Jones. 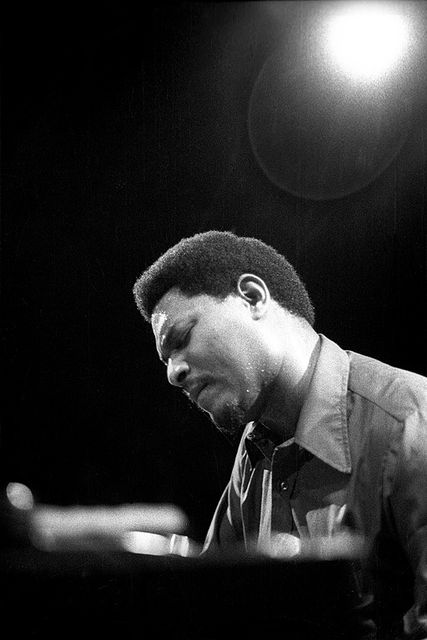 Some of the most memorable jazz songs and ballads of the latter half of the 20th century feature Tyner’s brilliant piano contributions. Originals and covers such as Coltrane’s “My Favorite Things,” “Greensleeves” and “Alabama,” as well as his own “Passion Dance” or “When Sunny Gets Blue,” to name only a few, brim with life and feeling, and Tyner’s presence on them is enormous.

His piano playing was distinct for its stabbing and percussive style, influenced by the innovative bebop pianists Thelonious Monk and Bud Powell, but it also reflected the soulfulness of piano blues music and the elegance of classic jazz standards.

Born in 1938 in North Carolina, Tyner grew up in Philadelphia, one of the richest cities for blues and jazz after World War II. The Great Migration of African Americans from the South after World War I to the rapidly industrializing centers of the Midwest and Northeast had produced a convergence and broadening of existing musical sounds. Big band jazz, blues, gospel spirituals, New Orleans jazz, folk music and other forms flourished in the industrial centers, evolving to reflect the changing pace of life and struggles of broad masses of people.

One of the most powerful and popular developments during this period was the emergence of bebop jazz during the 1940s, with its emphasis on fast tempo, rapid and complex chord progressions, improvisation without sacrificing melody and the expansion of rhythm-playing in jazz. It had an enormous impact on the jazz musicians of Tyner’s generation. 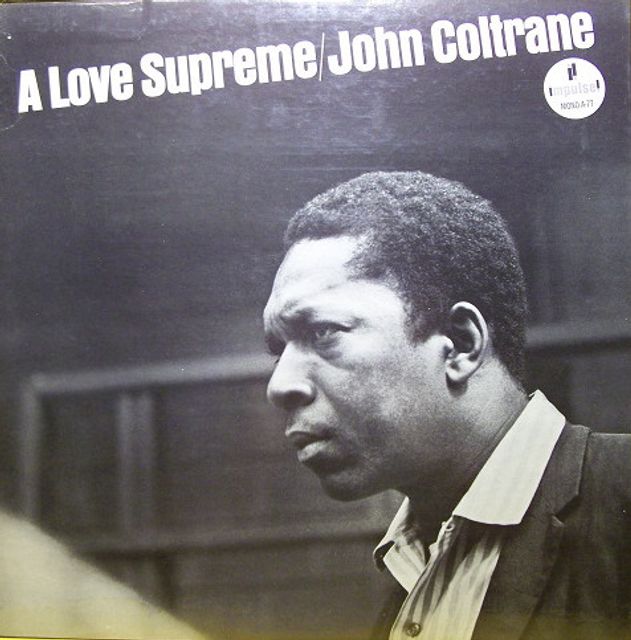 Bud Powell and his brother Richie, both influential jazz piano players, were neighbors of McCoy Tyner growing up. He once noted that one of his first important musical experiences was listening to Powell play piano in his living room as a teen. (Tyner’s younger brother is Jarvis Tyner, a longtime official of the Communist Party.)

Tyner took to piano playing in school and became something of a prodigy. His music training was steeped in the blues and the “hardbop” jazz sound that was beginning to emerge in jazz clubs in the late 1950s. He also admired classical piano composition, later telling interviewers that Igor Stravinsky and Claude Debussy were important influences on his musical development.

He began playing the Philadelphia jazz clubs while still in high school. Coltrane, a saxophonist in Miles Davis’s bebop and hardbop bands in the latter 1950s, took notice of Tyner, as did many other Philadelphia jazz musicians. Tyner toured with saxophonist Benny Golson’s The Jazztet group and was able to write his first composition, the “hardbop”-based “The Believer.” Coltrane and other talented players, such as pianist Red Garland and trumpeter Donald Byrd, quickly began performing the song.

Coltrane’s impact as one of the most interesting saxophonists of his era grew dramatically in the late 1950s and early 1960s with albums such as Blue Trane (1958) and Giant Steps (1960). Around this time, he left Davis to form his own band, and convinced Tyner, who had just turned 20 years old, to come on board. Coltrane also brought along the intensely rhythmic drummer Elvin Jones, himself the product of a talented musical family from Pontiac, Michigan. 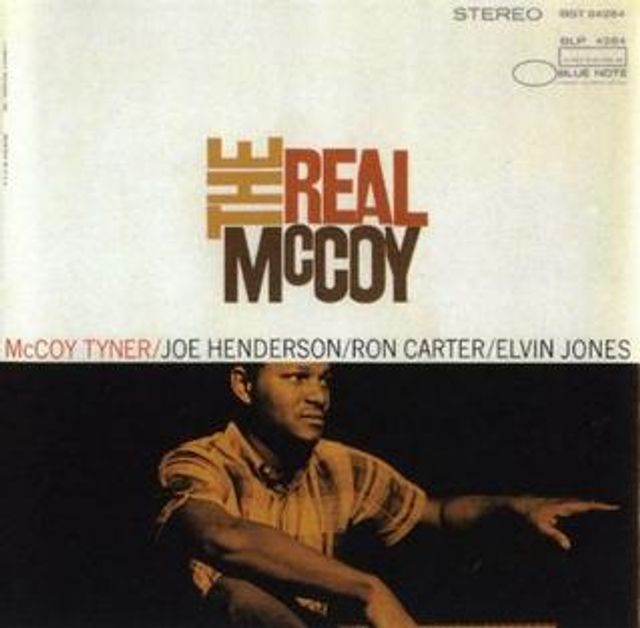 The early works with Coltrane and Tyner show just how powerful and seamless the interplay between these two musicians could be at its best. Their first three albums together—Coltrane’s Sound (1960), My Favorite Things (1960) and Africa/Brass (1961)—largely pivoted from standard bebop covers to more soulful and contemplative reinterpretations of jazz standards, blues and showtunes.

Some genuinely beautiful songs emerged in this early period. One of their first recorded songs was an original composition by Coltrane entitled “Central Park West.” It has the feel of a duet. With Coltrane on soprano saxophone, each musician takes turns leading the song in a thoughtful and patient waltz from start to finish, as the rhythm section supports underneath.

In a sense it was a prelude to perhaps their most famous number, Coltrane’s reinterpretation of the Rodgers and Hammerstein showtune “My Favorite Things,” also played as a waltz. From the song’s powerful opening notes on Tyner’s piano, quickly enveloped by Coltrane’s lacing saxophone and Jones’s tasteful percussion, the sincerity and seriousness of the grouping makes itself felt. Throughout the song Tyner’s piano playing continuously elevates the structure, creating a dream-like atmosphere with his singular chords as Coltrane continues his contemplative soprano solos.

Other excellent songs would follow in this period, including reinterpretations of ballads like “Soul Eyes,” and the Tyner-arranged reinterpretation of the traditional “Greensleeves.” It was clear that Coltrane, Tyner and Jones were moving in a very different direction from the previous bebop era. 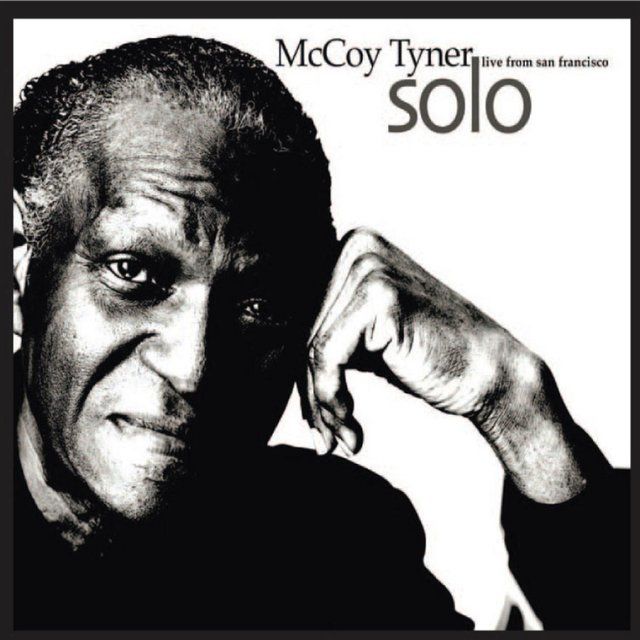 From 1962 to 1965, this quartet produced dozens of remarkable songs and at least three very rewarding albums—John Coltrane and Johnny Hartman (1963), Crescent (1964) and the critically lauded A Love Supreme (1964). All three are serious, well-realized efforts, from start to finish. No song feels out of place or unnecessary.

The ballads, with the supremely gifted vocalist Johnny Hartman, are some of the finest in musical history, with Tyner supporting brilliantly on songs like “My One and Only Love” and “You Are Too Beautiful.”

One gets a sense of just how powerful the quartet was on an earlier composition by Coltrane entitled “Alabama” (1963), a stirring tribute to the four girls killed in the racist 16th Street Baptist Church bombing in Birmingham in September 1963. A live recorded version of the song is one of the most chilling and yet deeply humane television recordings of a jazz song to date. Tyner’s ominous piano notes contrast with Coltrane’s sorrowful tenor saxophone playing, before all four players merge within a tense interplay of mood and tone.

Looking back on why the music of the “classic” Coltrane quartet continued to resonate, Tyner told a 2001 interviewer about the “democratic” spirit of the group:

“[W]e functioned like one person. It wasn’t like we were four guys on stage doing his own particular kind of thing. In other words, it had to be in relationship to the total. To me, it’s a wonderful way to not only think, but behave. I think to create civility in life and society itself, to think of yourself in relationship to other people. What you do, may affect someone else. We have to be conscious of that, that we don’t function by ourselves. [The ideal is when] you get in a situation where everyone is thinking democratically, thinking in terms of what is played and how it affects you and how your response to it affects those around you.”

The “classic” period came to an end shortly before Coltrane’s tragic death from cancer in 1967. After A Love Supreme, his music had turned toward “free jazz” and atonal-influenced approaches. Tyner later told interviewers he felt drowned out from much of the feeling that the piano could bring to a song. He commented, “I didn’t see myself making any contribution to that music. … All I could hear was a lot of noise. I didn’t have any feeling for the music, and when I don’t have feelings, I don’t play.” 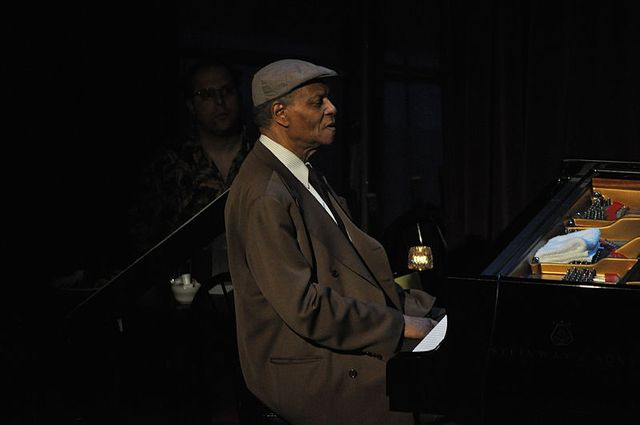 Tyner left the quartet in 1965, and soon produced perhaps his most memorable album as a lead musician, The Real McCoy (1967), backed by Jones on drums, Joe Henderson on saxophone and Ron Carter on bass. Original songs like the vibrant “Passion Dance” and blues-heavy “Contemplation” highlight Tyner’s distinct and supportive piano playing. Earlier lead compositions are also very rewarding, including “When Sunny Gets Blue” (1963).

Tyner was a prolific artist, producing over 40 albums between 1962 and 2009, before slowing down. Latter albums such as Sahara (1972), Sama Layuca (1974) and Atlantis (1974) demonstrated an interesting turn toward Latin, Bossa Nova, African and Eastern musical approaches to jazz, though it is less focused than the work of the previous period. But his inventiveness and energy can still be felt on songs like “Atlantis,” for example.

The physical and musical loss of Coltrane was clearly a huge artistic blow to Tyner in various ways. As rock and R&B music threatened to submerge jazz in the late 1960s, many artists began moving into “jazz fusion” albums or new variations of “avant-garde” jazz. Tyner generally resisted this migration, and stuck with musical forms that emphasized harmony, melody and a recognizable tonal structure. To his credit, he always tried to remain accessible to his audience.

However, he struggled at times to maintain a career, and thus toured relentlessly. Many of his latter albums were the product of live recordings and have a repetitive quality to them. Several of those albums would also be reworkings of and tributes to his work with Coltrane, as well as jazz standards. He occasionally attempted to make creative leaps, such as the interesting Prelude and Sonata (1994), where he re-imagined songs by, among others, Frédéric Chopin, Beethoven and Charlie Chaplin.

Tyner’s playing remained genuinely alive well into his late 60s on songs such as Walk Spirit, Talk Spirit (2007). Dozens of important jazz musicians—Wayne Shorter, Roy Haynes, Christian McBride, Michael Brecker, Terence Blanchard and others—played with him and sought his tutelage over the years.

But Tyner’s most memorable work will almost certainly remain the period with Coltrane, and particularly the classic quartet. It remains a high-water mark in popular music, and his contribution to it was enormous.