“These companies are willing to kill us on the line”

The United Auto Workers union announced Tuesday night that it had agreed with the Big Three auto companies to implement only “rotating partial shutdowns” and other inadequate safety measures in the face of the spreading coronavirus pandemic, defying the widespread demands by autoworkers to immediately shut down production.

“We spent hours tonight in talks with the leadership of the Big 3, demanding that they do the right thing for our members,” wrote the UAW in its statement. “All three companies have agreed to new measures that will increase adherence to CDC recommendations on social distancing in the workplace. Most importantly, all three companies have agreed to review and implement the rotating partial shutdown of facilities, extensive deep cleaning of facility and equipment between shifts, extended periods between shifts, and extensive plans to avoid member contact.”

The agreement by the UAW and auto companies to keep autoworkers on the line and packed into factories in the hundreds and thousands is socially criminal. It will entail the further spread of the disease and countless more deaths and permanently debilitating illnesses.

Workers are being confronted with life-and-death decisions which cannot be left in the hands of multi-millionaire corporate executives and their bribed agents in the UAW. Workers should act immediately to hold meetings and collectively decide on joint action to shut down the auto plants to protect themselves and the population from the COVID-19 disease. Such actions must be combined with the demand to fully compensate full-time and temporary workers for all lost income, and massively reorient resources away from Wall Street and towards combatting the pandemic.

RW: I’m sorry to say this but if any members or our families perish because they contacted the Corona Virus at work, the blood will be on our employers hands. They only care about profits. We are more than numbers! We have families. People will keep getting sick until there’s no one to run the lines then what? We can stand together now strong. Or slowly and Individually fall victim to a virus that has no cure.

DF: There’s not even hand sanitizer in our break area yet. The conditions in the plant are already below standards and the company does nothing. Unacceptable.

DL: So again, nothing will get done and the workers aren’t protected. 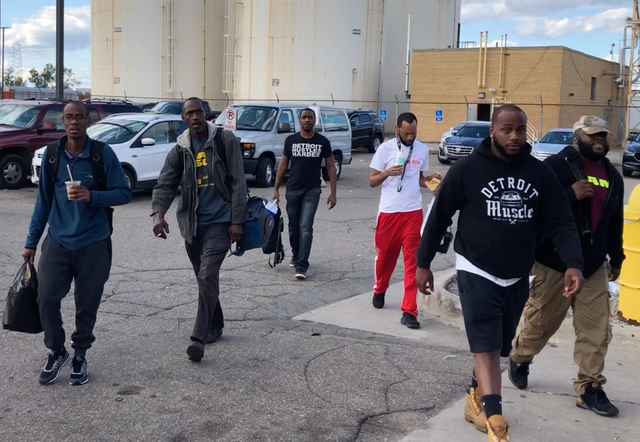 Under intense pressure from rank-and-file workers, the UAW has tried to head off and block any independent action to shut the plants. Last weekend, UAW President Rory Gamble and three union vice presidents joined a labor-management task force, along with the CEOs of GM, Ford and Fiat Chrysler, which issued a joint statement claiming that everything was being done to ensure the safety of workers.

As anger grew in the plants and workers began taking matters into their own hands, Gamble issued a statement Tuesday morning saying that the union had “requested a two-week shutdown of operations to safeguard our members, our families and our communities,” which they since have predictably abandoned.

Hundreds of autoworkers gathered in front of the doors of Fiat Chrysler’s Tipton Transmission Plant in Indiana Tuesday afternoon, refusing to start the second shift because of the lack of any serious measures to protect them from exposure to the coronavirus. Workers report that as many as six workers may have contracted COVID-19 at the plant, which is located only 15 miles away from the Kokomo Transmission Plant, where the first case in the US auto industry was reported last week.

The action took place the day after 17 workers at the paint shop at FCA’s Warren Truck Assembly Plant in suburban Detroit downed tools over the danger to their health, delaying production until United Auto Workers officials joined with management to prevent the spread of the job action throughout the plant, which employs 2,163 workers. Last week, workers at the FCA assembly plant in Windsor, Canada, which employs 6,000 workers, downed tools after the report of the disease in the Kokomo plant. They were sent back to work by the Unifor union.

These actions are part of a growing movement by workers in the auto plants and other industries to halt non-essential production. Fiat Chrysler and other auto companies have been forced to shut their operations in Italy and throughout Europe after a wave of wildcat strikes over the spread of the deadly disease. In Spain on Monday, workers at a Mercedes plant in Vitoria-Gasteiz sat down at the end of the assembly line and halted production.

In the US, the UAW is desperately trying to keep workers in the plants so that the auto companies can continue making profits in the face of the global economic slowdown.

On Tuesday, Fiat Chrysler announced a worker at its Sterling Heights Assembly Plant in suburban Detroit had tested positive, making it the first case in Michigan, the center of the US auto industry. The factory, which has more than 7,500 workers, produces the highly profitable Ram 1500 pickup truck.

General Motors and Ford also acknowledged Tuesday that two salaried workers in engineering facilities had tested positive; one at General Motor’s Tech Center in Warren, Michigan, and one at Ford’s product development facility in Dearborn, Michigan. The automakers have issued orders for management personnel and white-collar employees to work from home, even as it insists autoworkers remain in the infected factories. 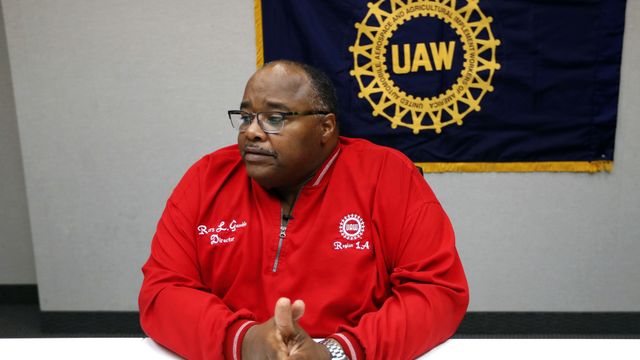 In Hammond, Indiana, scores of auto parts workers walked out of the plant after a supervisor at the automotive seating factory tested positive for the coronavirus, forcing the company to close down the plant and send workers home after announcing they would “spray down” the facility. “It’s complete BS,” a Lear worker told the WSWS, “they don’t care about the common people, all they care about is money.” The disruption of seat shipments from the factory immediately led to the shutdown of the nearby Ford Chicago Assembly Plant.

Autoworkers in the Tipton factory provided on-the-spot reports to the WSWS Autoworker Newsletter as the job action unfolded. “I’m on the second shift and workers are trying to stand together in the lobby and refusing to go to work. Management and union are trying to cover up the six known cases at the Tipton Transmission Plant. We were just told if we leave, we will be fired immediately. Rick Ward and Jerry Price [president and vice president of UAW Local 865] are agreeing with the company. Imminent danger is the only reason union workers can refuse to work under the contract and this is imminent danger.”

“There’s 300 people standing in front of the plant right now and we were told we will be terminated if we don’t go to work,” said another worker. “The company is saying it’s a work stoppage. Nobody gives a damn about the Tipton Transmission Plant workers. It’s a joke trying to get Ward and Price to do anything for us. They are both self-quarantined while the rest of us and our families are exposed to COVID-19. This should open up everybody’s eyes about the UAW and we should stop paying dues.”

On Monday, the same day the state announced its first fatality from the COVID-19 disease, Indiana Governor Eric Holcomb canceled gatherings of more than 50 people and closed bars, clubs and restaurants to in-person customers. On Tuesday, he canceled all non-essential public meetings and activated the state National Guard.

But non-essential production in factories where thousands of workers can spread the disease to each other and their families continues.

A young Ford worker at the Dearborn Truck Plant told the WSWS, “It’s time for us to get out of the plants because these companies are willing to kill us on the line. Stock prices are not our priority. We have a capitalist system that is fighting against workers and our families. This is a real wakeup call. They cut the interest rates for the investors and tell us there is not enough money for testing and health care. People are getting sick of this and are starting to think we are going to have to control things because we are not the focus of this system.”

We urge workers to read and share the statement How to fight the COVID-19 pandemic: A program of action for the working class and contact the WSWS Autoworker Newsletter at autoworkers@wsws.org to discuss how to fight for this perspective.