Autumn de Wilde’s new version of Jane Austen’s 1815 novel Emma, scripted by Eleanor Catton, is a competent but uninspired work. Emma. has an added punctuation mark, according to de Wilde, “because it’s a period piece.” This facetious comment, unhappily, threatens to sum up the entire project. The film goes through the motions without saying a great deal about 1815—or 2020 for that matter.

In the opening passage of Austen’s novel, Emma Woodhouse (Anya Taylor-Joy in the new film), “handsome, clever, and rich, with a comfortable home and happy disposition, seemed to unite some of the best blessings of existence; and had lived nearly twenty-one years in the world with very little to distress or vex her.” She is also spoiled, egotistical and has false upper class values, while still being essentially warm-hearted and well-meaning. 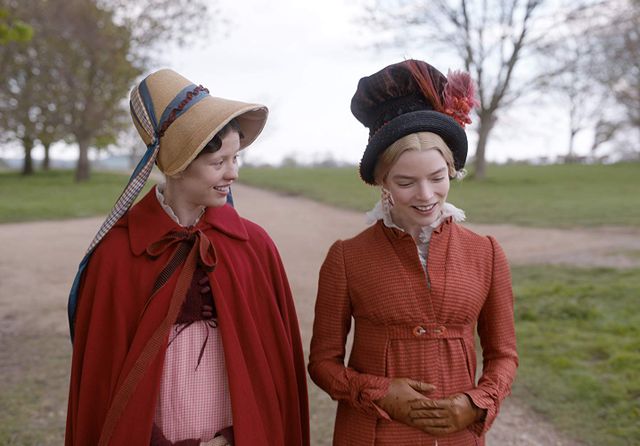 Living elegantly in the fictional village of Highbury, Emma fancies herself a matchmaker and nearly ruins the life of the poor Harriet Smith (Mia Goth), her personal charity case and adoring friend. Emma’s father is the hypochondriac Mr. Woodhouse (Bill Nighy) and the somewhat older, dashing George Knightley (Johnny Flynn) loves Emma—who is oblivious to his romantic intentions. Emma’s attempts to find what she considers to be a proper and more socially elevated husband for Harriet cause more harm than good and may ultimately jeopardize her own chance at love and happiness.

Emma. is attractive enough in costume and decor, but is flat and devoid of nuance and emotional or social spark. It fails to highlight Austen’s cardinal concern that people are not objects to be used merely for one’s own ends. Nor does the new adaptation stress Austen’s disdain for people being judged on the basis of their social status and the extent of their property. Nighy, a talented comic actor, mugs his way through his lines as a way of filling empty spaces. Taylor-Joy does not exude much warmth and Goth is a bit too silly.

Miss Bates (Miranda Hart) is made irritating and buffoonish by the filmmakers, thus foiling Austen’s real purpose in creating the character. In the novel, Miss Bates, although without means, is endearing: “The simplicity and cheerfulness of her nature, her contented and grateful spirit, were a recommendation to every body, and a mine of felicity to herself.” 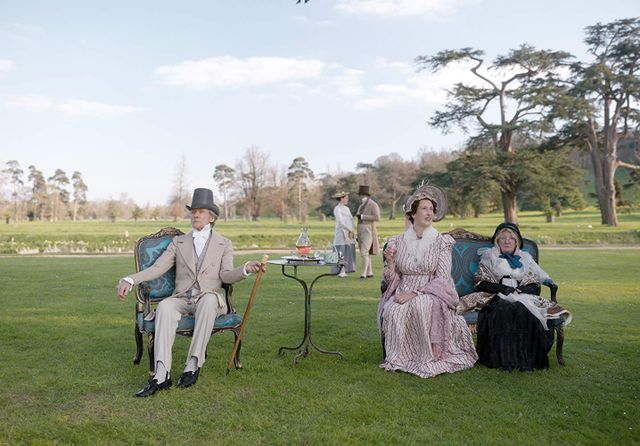 The novel is incisive and socially sharp. At one point, Jane Fairfax (Miss Bates’s niece and well played in the movie by Amber Anderson), a governess, likens herself to a victim of a type of “flesh” peddling: “I am not at all afraid of being long unemployed. There are places in town, offices, where inquiry would soon produce something—Offices for the sale—not quite of human flesh—but of human intellect.” Another character responds: “Oh! my dear, human flesh! You quite shock me; if you mean a fling at the slave-trade, I assure you Mr. Suckling [a wealthy individual] was always rather a friend to the abolition.”

“I did not mean, I was not thinking of the slave-trade,” replied Jane; “governess-trade, I assure you, was all that I had in view; widely different certainly as to the guilt of those who carry it on; but as to the greater misery of the victims, I do not know where it lies.”

Jane Austen’s novels have become a very popular source of film and television adaptations, for various reasons, good, bad and otherwise. To certain portions of the film world, the books seem to offer the possibility of already existing clever dialogue, pretty costumes, picturesque settings and, perhaps most importantly, “female-oriented” stories, and not much more.

In her own day, Austen was considered a social realist, pouring cold water on romance and the previous generation of female writers’ “tales of adventure, mystery and intrigue with improbable settings and clumsy plots that lurched from one sensational incident to another,” according to one commentator. Facts, rationality, tangible reality were critical to her. Critic Arnold Kettle referred to the “clarity of her social observations” and, in Emma, the precision of her analysis of “the Highbury world … down to the exact incomes of its inmates,” and suggested that “all her judgments are, in the broadest sense, social.” 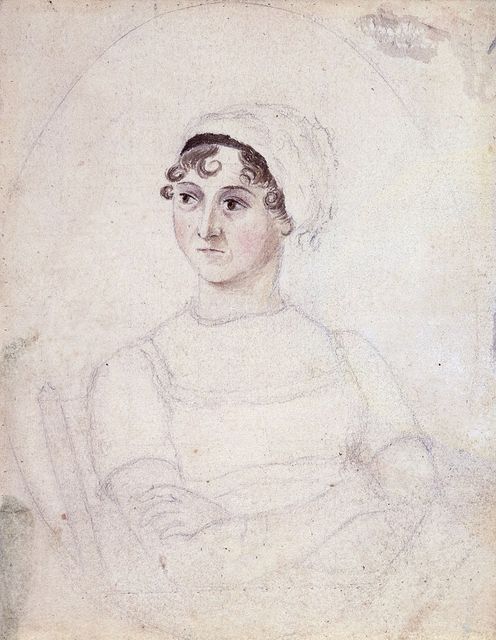 Austen (1775–1817) lived through a period of vast upheaval (the American and French Revolutions, the Napoleonic Wars and the onset of the Industrial Revolution). She herself had a relatively conservative social outlook, but this does not mean she went unaffected by the tumultuous times. The very fact that she, as a woman, was writing and publishing novels—and eventually making a name for herself by doing so—was itself a product of a transformative age. In fact, Austen belonged to that group of remarkable women writers who left such a mark on English literature, including Fanny Burney, Maria Edgeworth, Mary Shelley, Elizabeth Barrett Browning, Elizabeth Gaskell, Charlotte, Emily and Anne Brontë and George Eliot.

Of Emma, famed novelist Sir Walter Scott (1771–1832) wrote that the book displayed “the art of copying from nature as she really exists in the common walks of life, and presenting to the reader, instead of the splendid scenes from an imaginary world, a correct and striking representation of that which is daily taking place around him.”

Elsewhere, Scott commented: “Emma has even less story than either of the preceding novels ... The author’s knowledge of the world, and the peculiar tact with which she presents characters that the reader cannot fail to recognize, reminds us something of the merits of the Flemish school of painting. The subjects are not often elegant, and certainly never grand: but they are finished up to nature, and with a precision which delights the reader.”

Contrary to what her present-day adapters might imagine, one suspects that if Austen were alive today she would be heaping scorn on the self-absorbed upper-middle class, obsessed with its petty concerns, status and “identity.” Her Mr. Knightley in Emma criticizes another character for caring “very little for any thing but his own pleasure.” It is not astonishing, Knightley suggests, that “a young man, brought up by those who are proud, luxurious, and selfish, should be proud, luxurious, and selfish too.”