Knives Out: The decent and honest should inherit the earth

…and The Last Thing He Wanted

Knives Out, written and directed by Rian Johnson; The Last Thing He Wanted, directed by Dee Rees, written by Rees and Marco Villalobos

Knives Out, written and directed by Rian Johnson (The Brothers Bloom, Looper), is an amusing whodunit with certain social implications. The murder mystery features prominently the selfish, vicious and parasitical tendencies of the moneyed classes, while emphasizing that human decency should prevail. Although the movie tends toward the innocuous, it has nonetheless managed to arouse the ire of right-wing critics.

The starting point for Knives Out is the questionable death, on his 85th birthday, of successful crime novelist Harlan Thrombey (Christopher Plummer) at his Massachusetts estate, home as well to assorted Thrombey family members, a collection of deadbeats, spongers and worse. 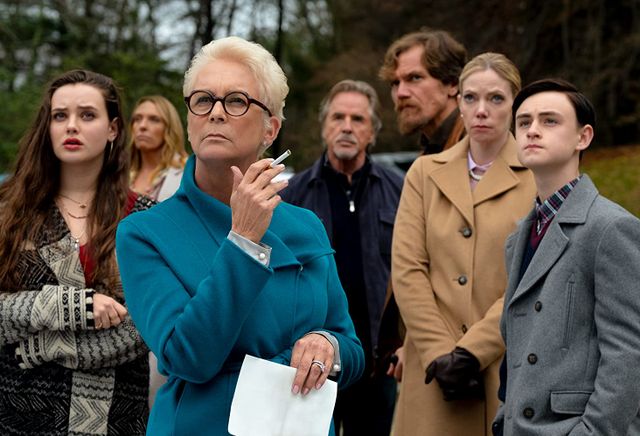 Once called to the scene, the police are quick to rule Harlan’s demise a suicide, but super-sleuth Benoit Blanc (Daniel Craig complete with a Colonel Sanders Kentucky Fried drawl), a private detective hired by an anonymous client, is not so sure. Various interrogations and inquiries are set into motion, resulting in inevitable twists and turns, some of them more convincing than others.

When Harlan’s will is read out, providing that his entire $60 million estate go to his trusted young Latina caregiver Marta (Ana de Armas), his relatives’ worst instincts take effect. Marta, a very reluctant legatee, now has every reason to fear for her health and safety. Her cleverness and social instincts are called on to steer her through the treacherous waters.

The biggest drawback of Johnson’s Knives Out is its over-fondness for and insistence on paying respect to Agatha Christie-type mysteries (with the oddly exotic Blanc-Craig a stand-in for Hercule Poirot), Anthony Shaffer’s Sleuth and so forth. If the film had simply struck out on its own and developed its personal and social relationships without regard to “mystery story” tradition, it might have packed a good deal more punch. As it is, Knives Out functions too much like a board game version of a crime story, in which potential murder suspects lurk behind every door and down every hallway in the dark-paneled, turreted manor house.

Nonetheless, taking it for what it is, this decently constructed, attractive-looking movie has worthwhile touches. The Thrombey clan are a vain, self-important bunch. When one of the lazy parvenus laments the fact that Marta will be stealing the family’s “ancestral home,” Blanc points out cuttingly that Harlan bought the mansion from a Pakistani businessman in the 1980s. Making a further point, the mansion’s living room is filled not with antiquities, but with a large, revolving wheel of knives, a cheesy homage apparently to one of Harlan’s novels, Knives Out .

The various Thrombeys unfailingly mix up which South American country Marta hails from, totally uninterested, up to that point, in knowing anything about the woman who has been in charge of their father’s well-being. (In fact, except for Marta, no one mourns Harlan’s death.) They are, however, fully aware that Marta’s mother is undocumented and have no qualms about threatening to call the authorities when their interests appear to warrant it.

As to who should inherit the earth, or at least the fruits of Harlan’s labors, decent working-class Marta, who cannot tell a lie—literally, she vomits when she utters an untruth—appears to be the most deserving by far. 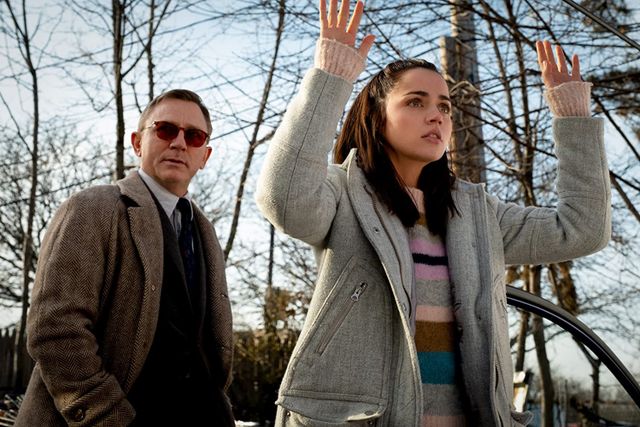 Daniel Craig and Ana de Armas in Knives Out

This notion and image have not sat well with some. A December comment on the movie in the ultra-right National Review, headlined “Knives Out Takes On the Anti-Immigration Crowd,” begins by charging over-heatedly that the movie “revels in the alleged moral superiority of the ‘oppressed’ and dares its audience to object.” It further complains that [actress] “De Armas’s caregiver [Marta] serves as a vessel into which progressive viewers can pour their racial pieties.”

The piece ends with the thin-skinned declamation that the movie is “a commentary on the future of race dynamics in this country” and “an annihilation fantasy for woke white moviegoers.”

In its criticism of the rich for their avarice, xenophobia and general lack of humanity, Knives Out turns out to be more than a run-of-the-mill mystery yarn.

The Last Thing He Wanted

Directed by Dee Rees, written by Rees and Marco Villalobos, based on the 1996 novel of the same title by Joan Didion, The Last Thing He Wanted is a British-American political thriller that makes reference to US arms dealing in Latin America and the Iran-Contra scandal.

Anne Hathaway features as Elena McMahon, an intrepid American reporter who, when the movie opens in 1982, finds herself in war-torn El Salvador investigating US interference in Central American affairs. On orders from her newspaper in Washington, Elena is suspiciously pulled off the story and reassigned to cover Ronald Reagan’s 1984 presidential campaign.

When her semi-deranged, seriously ill father Richard (Willem Dafoe) ensnares her in a weapons-smuggling operation (on whose behalf?), she returns to Central America. From this point on, Elena must dodge potentially lethal dangers in Florida, Costa Rica and Antigua. She eventually places herself under the wing of a sinister US agent, Treat Morrison (Ben Affleck)—with deadly consequences. 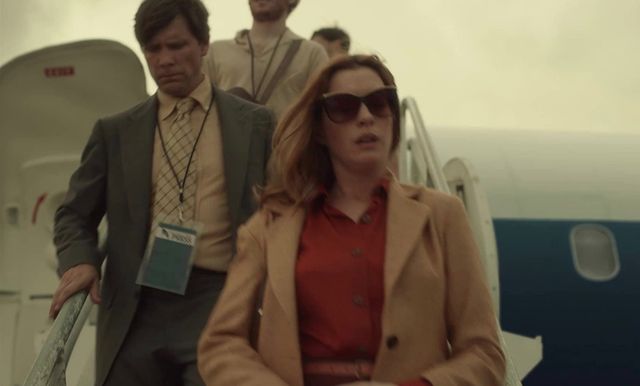 Anne Hathaway in The Last Thing He Wanted

The Last Thing He Wanted seems intended to expose or suggest US wrongdoings under the Reagan administration. Despite anti-establishment undertones, however, the movie is too elliptical and fragmented for its own good. It is very difficult to make sense of precisely what is happening and who is doing it. Almost no concrete detail comes before the viewer.

Rees directed Mudbound in 2017, which focused on black and white poverty in post-World War II Mississippi. Of her more recent movie and its relevance to the present day, the director said in an interview, not shedding all that much light, “[Televangelist] Jerry Falwell is talking about Nicaragua, about abortion rates.” Much of the movie was shot in Puerto Rico, post-Hurricane Maria. “People were rebuilding their homes, rebuilding their lives. It was a complicated place to be.”

As for the Affleck character, Rees explained to another interviewer—a little more helpfully—that Morrison is “representative of the system. That’s the way in which systems fail you and the way in which governments fail. We don’t want to believe that our governments are corrupt. We don’t want to believe that this level of deep-lying happens, but it does.”

In any event, whatever the overall aims of The Last Thing He Wanted may be, they are largely lost in the fog.