Despite many problems, serious and moving music does continue to emerge.

Two of the more interesting albums released in 2019 were folk-based guitarist Ian Noe’s Between t he Country and violinist Andrew Bird’s My Finest Work Yet.

The songwriting and musicality on both, at its best, is unusually direct serious, and invigorating. The two performers, each in his own distinct fashion, attempt to grapple with changes in social life—and social moods—and manage to give them intriguing musical expression.

Ian Noe’s Between the Country

The debut album by singer-guitarist Ian Noe, formerly an oilfield worker from eastern Kentucky, is a mostly moving collection of song-vignettes about life in the Appalachian region of the US.

In the course of 10 songs—some concerned with modern-day dilemmas and others taking up historical and “noir-like” tragedies—he paints a picture of men and women struggling, hanging on to very little or simply unable to make things work in their lives. An essential decency underpins his characters and their stories. 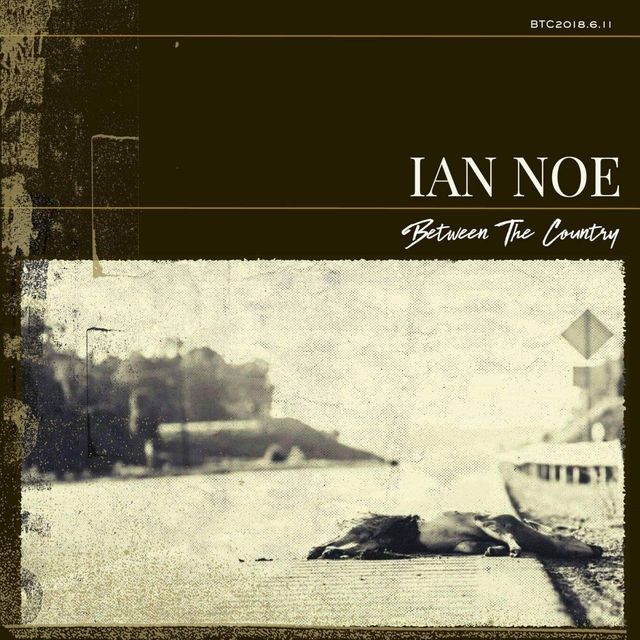 Ian Noe, Between the Country

More than anything else, it is Noe’s seriousness—in his voice, in his concern for others, and, at times, in his objectivity—that resonates most powerfully. The characters that flow in and out of his songs generally are not doing well, but his general sympathies lie with them: for example, a hitchhiker wondering how to get through to the next morning, methamphetamine addicts and their fearful neighbors, a sex worker who turns up dead in a river, a couple struggling financially in a rust-belt town and so forth.

Much of the album is guitar-based, with Noe’s lilting and controlled singing the dominant feature of most songs. His style of playing is influenced by folk and country music traditions, bringing to mind such artists as John Prine and Townes Van Zandt.

The opening, buoyant song, “Irene (Ravin’ Bomb),” sets the tone for those to come. A young woman, Irene, unexpectedly shows up on her family’s doorstep at midnight “lit on smoke and beer.” The song continues, “And Ma asked, ‘Where’re ya livin’?/And are ya livin’ right within?’/She said with fire/Like a gospel choir/A saint immune to sin.”

As the tune moves to its conclusion, the source of “Old” Irene’s persistent drunkenness and isolation is not something simple (“To live this life/You need a half a pint/To keep you sane”). Noe paints a picture with subtle flourishes. People like Irene have a familiar quality, and they don’t necessarily find (or need) “salvation.”

Other songs follow suit, such as the contemplative “If Today Doesn’t Do Me In,” about kind understanding between strangers—in this case a worn-down hitchhiker and a gas station attendant—as they endure in hard times. Or the chilling dirge “Dead on the River” (“Mary almost made it to 29/The mother of an orphan and a friend of mine/Painted up with high-heels on her feet/Making what she could on this filthy street”). 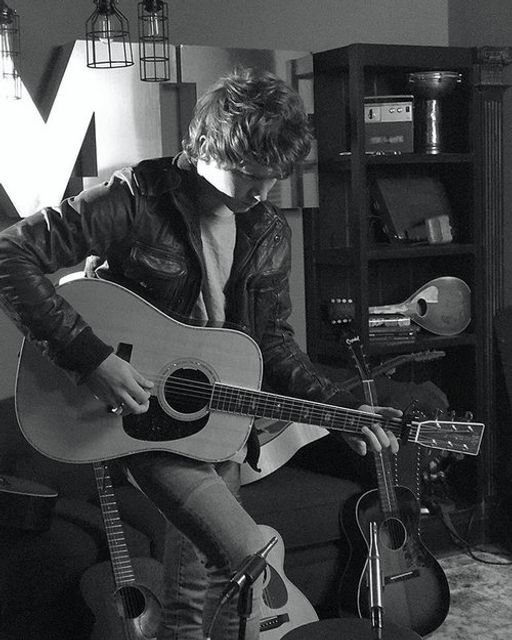 Songs like “Meth Head” and “Between the Country” deal with the dark impact of drug addiction on Appalachia, for both the afflicted and those having to live in the midst of the social crisis, at times presenting conflicting points of view.

There is also evidence of Noe’s ability to breathe energy and musical life into his songs. “Barbara’s Song,” about a man’s thoughts of his lost love on a 1904 Colorado train as it goes off the tracks, is a driving vibrant piece of country-rock music, rushing to the denouement of its narrator. And “Letter to Madeline” is a gritty, blues-inflected song about a bank robber’s last thoughts as company goons catch up with him (“Rest easy Madeline, I’m bring down the bank, Across this flooded county line…”).

Not every song grabs the listener. Tracks like “Junk Town” and “That Kind of Life,” which are concerned with the drudgery of living in a run-down town, unfortunately tend to reflect that sentiment musically. While confident in sound and voice, Noe tends to avoid taking much risk musically. So, with the exceptions just noted, the songs largely live on the strength of Noe’s voice and his gift for storytelling.

Overall, Between the Country is a refreshingly honest and clear-sighted effort. One hopes it leads to even stronger music.

Andrew Bird’s My Finest Work Yet

Andrew Bird (born 1973) is one of the genuinely talented musicians currently operating in what might broadly be labeled “rock” music today. Originally from the suburbs of Chicago and trained in the Suzuki method for violin at age four, he has consistently sought out innovative and creative avenues for musical expression. 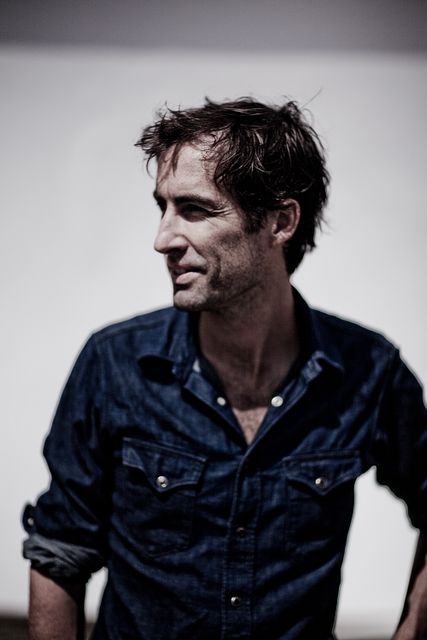 Bird’s previous 14 studio albums demonstrate a divergent range of musical styles and sounds: pre-World War II jazz, swing, folk and bluegrass, classical, Latin, gospel and probably a half dozen other genres. In addition to significant talent as a violinist, he also plays guitar and sings, and even manages to insert interesting whistling into many of his albums.

A weakness of his previous work, in this reviewer’s opinion, is a tendency to be inaccessible and a little too satisfied with his own cleverness. Entire songs and even entire albums contain forests of verbose wordplay, which quickly grows tiring. Nonetheless, certain songs have managed to break beyond this weakness over the years, like his duet with Fiona Apple, “Left Handed Kisses,” and his Chicago-based lovelorn song “Pulaski at Night.” At his best, his musical creativity is quite striking.

In My Finest Work Yet, his 15th album, he largely eschews the superfluous elements and focuses fairly directly on the growing social and political crisis, more so than at any previous time in his career. The album cover itself is a re-interpretation of French painter Jacques-Louis David’s famous “The Death of Marat,” portraying the murder of the revolutionary journalist and politician Jean-Paul Marat (1743-1793). Bird has stated in interviews he felt the painting’s themes spoke to the subject matter he was concerned with in the album.

Most of the 10 songs on the album, anchored by Bird’s dexterous violin and guitar playing, move, swing and invigorate. Elements of soul, funk and jazz—backed by an impressive live studio band—are coherently and elegantly bound together. Bird’s singing voice is adequate to the task on most tracks as well, though not one of its most obvious strengths.

The best songs, “Bloodless” and “Sisyphus,” sharply express his musical talent. The former song offers jazz and soul-influenced sounds, driven both by Bird’s violin-picking and ominous piano playing. Sincere in its concerns, Bird portrays the present social and political situation as akin to the one that emerged in Catalonia in 1936, in the build-up to the Spanish Civil War.

To be certain, “Bloodless” is not a fully worked out social or political comment, but it is a sincere attempt to give expression to the anxiety that dominates large numbers of people. The music strikes one instantly as somehow relevant to the period we are passing through. It is a song that will have value in the future for anyone wanting to know the mood of masses of people in 2019-2020.

In “Sisyphus,” Bird sings of the desire to “let the rock roll”—a reference to the never-ending task of pushing a rock up a hill, which the mythological king of the title track had to carry out as punishment for trying to outsmart the gods. The song, driven by a memorable whistling melody, is invigorating. It has a refrain that stands out too: “Let it roll, let it crash down low/I see my house down there but I lost it long ago/I’m letting it roll away, it’s got nothing to do with fate. …”

There are other memorable songs. “Cracking Codes” is a moving love song, for instance. “Olympians” showcases Bird’s tight, skillful violin playing and his talent for driving songs into multiple different creative places. Musically, almost across the board, there is much to keep coming back to. 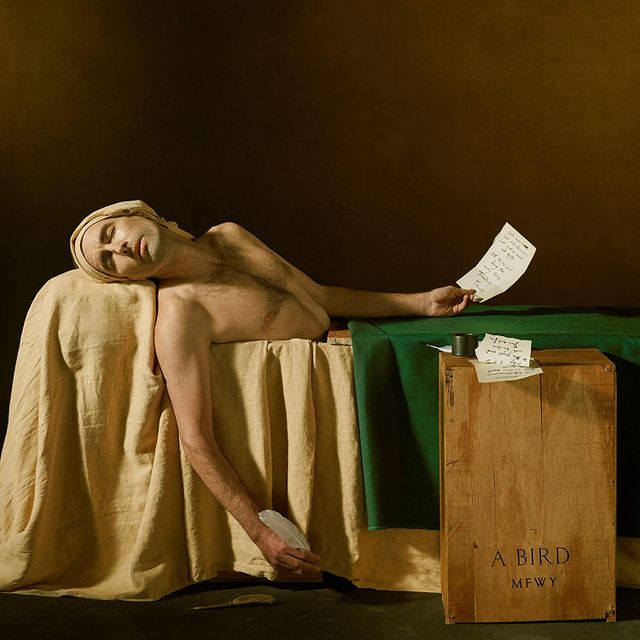 Andrew Bird, My Finest Work Yet

Where the album struggles, and the songs don’t work well, is in its more direct “social commentary.” At times Bird is clearly in over his head in terms of his understanding of the source of the current crisis of capitalism. He leans on abstractions too often, and it is noticeable in certain songs that deal with social and political life.

A theme throughout the album is that there is too much “divisiveness in the world.” But he rarely tries to explore what this means, historically or concretely. Whom or what is doing the dividing? An answer to this question never really emerges, at least not a satisfying one.

A particularly weak song along these lines is “Archipelago,” with its bland allusions to the contradictions of political figures and an even blander underlying claim that “anger” is driven by a desire to have “enemies” who “make us whole.”

Nonetheless, Bird is clearly shifting his thoughts and feelings in the right direction. He faces obstacles in doing so. But one hopes he continues down this path, sharpening his understanding of the present situation and of the world. If he chooses that path, he has a powerful musical arsenal with which to work.