The Retrospective section of this year’s Berlin International Film Festival, the Berlinale, was dedicated to the outstanding American director King Vidor (1894-1982).

The timespan of his creative work alone is extraordinary. He made his first movies in the era of silent films, influenced by D. W. Griffith, early Soviet film and Germany’s Weimar cinema. He later became an important inspiration for Italian neo-realism. He made his last movie in 1980. 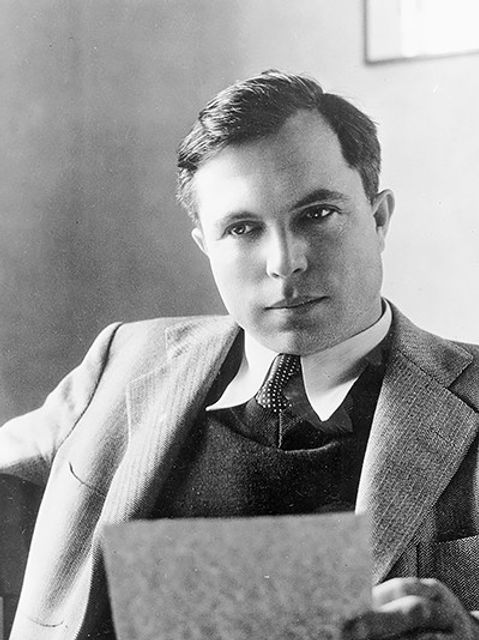 Vidor acquired international fame with such diverse films as Our Daily Bread (1934), the Western Duel in the Sun (1946) and his adaptation of Tolstoy’s War and Peace (1956). His film The Big Parade (1925) influenced other anti-war classics such as Lewis Milestone’s All Quiet on the Western Front (1930). What distinguished him as an artist was his instinct for substantial and relevant social topics and conflicts.

Hallelujah (1929), a film for which famed Soviet director Sergei Eisenstein expressed appreciation, takes place in the Southern US, where black sharecroppers work in cotton fields—we see them picking the crop in the powerful opening sequence of the film. They are among the poorest and most oppressed segments of society.

Zeke (Daniel L. Haynes), a young sharecropper, lives with his mother (Fanny Belle DeKnight) and his many younger siblings. He drives the family’s load of cotton into the city for sale and later flirts with the dancer Chick (Nina Mae McKinney) in a bar. She laughs at his grubby, “country” clothes until she realises he has money. She convinces him to join a dice game against the crook, Hot Shot (William Fountaine), who rigs the contest. 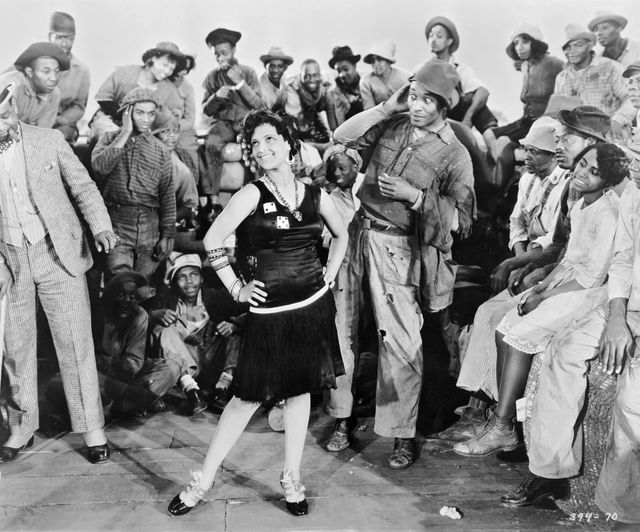 When Zeke loses all of the cotton harvest money, he accuses Hot Shot of cheating. In the ensuing fray, Zeke accidentally shoots his little brother Spunk (Everett McGarrity), who has secretly followed him. At the graveside of his brother, a sorrowful Zeke promises to be a good person in future and becomes a preacher.

At an outdoor revival meeting, Chick mocks Zeke for being a hypocrite. But she listens to his sermon, and then vows to change her life. She and Zeke eventually get married, and he goes to work in a lumber mill. Chick, unable to fulfil her commitment or sustain her relationship with Zeke, ends up returning to her old flame, Hot Shot. Zeke jealously pursues the two. Hot Shot is killed and Chick also dies in an accident. Zeke is sentenced to hard labor, survives his time in the quarry and returns to his family. His bride Missy Rose (played by Victoria Spivey—the talented blues singer and songwriter) has been waiting for him all the time. It’s harvest time, as it was at the start of the movie.

Hallelujah is an early sound film and one of the very first Hollywood productions with an entirely African-American cast. One observes the real pleasure of the performers in taking part in the movie, for example, in one scene where the many children say good night to their mother—the scene goes on and on. The film also includes a broad range of music, popular spirituals, blues and fast-paced dance scenes. During one sermon, Zeke imitates train noises with his feet and body (it’s the train to hell, after all!).

The overall combination of images, music and rhythm created by Vidor retains its power today. The film, nominated for an Oscar in 1930, vibrates with energy. 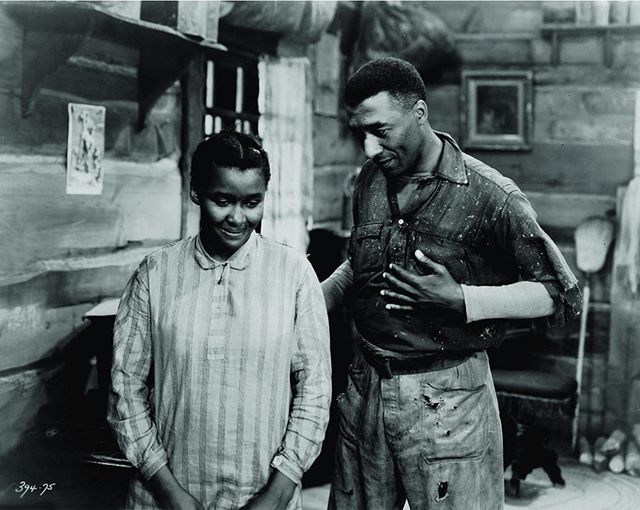 Hallelujah was close to King Vidor’s heart. A Southerner himself, born in Galveston, Texas, Vidor was the grandson of a refugee from the defeated Hungarian Revolution of 1848. The studio was skeptical about Hallelujah until Vidor agreed to waive his fee. His aim was to be as realistic as possible. He knew black workers from his father’s sawmills and was acquainted with their spirituals. He filmed in various locations in the South, including in and around Memphis. For the baptism scene with 200 extras, Vidor hired a number of Baptist clergymen and churchgoers from the Memphis area and his black associates advised him on the dialogue.

The book accompanying the Retrospective at the Berlin Film Festival asserts that the film is “not without problems.” An essay by Lisa Gotto accuses Vidor of “combining the revolutionary potential of sound technology with a reactionary view of African-American life.” Racial segregation, “the commonplace experience of racial discrimination, the exploitation of African-American cotton pickers by white landowners are left out entirely.” At a time when millions of African Americans were being drawn from the misery of the South to the big cities of the North, “Vidor created a backward-looking, nostalgically idealized scenario of self-sufficient and fatalistic plantation workers, who neither question their situation nor rise up against it.”

No doubt, there are historical-social problems with Vidor’s film, as there are with virtually every Hollywood film of that and any other time. But the limitations and prejudices are largely class and social ones, not racial. Vidor was all over the place ideologically and politically, notwithstanding his undoubted general sympathy for the poor and marginalized.

A Christian Scientist and a Republican, he joined the Motion Picture Alliance for the Preservation of American Ideals, established in 1944 to combat “communist” (and supposedly also fascist) infiltration of Hollywood. Right-winger Ayn Rand wrote a pamphlet for the outfit, entitled Screen Guide for Americans, which denounced films such as William Wyler’s The Best Years of Our Lives (1946) for their “collectivism.” Vidor later made a film version of Rand’s The Fountainhead (1949), the dreadful celebration of ruthless selfishness and individualism. 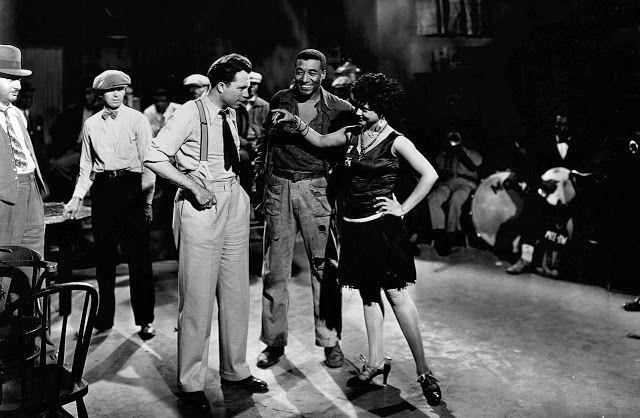 In 1964, he directed Truth and Illusion: An Introduction to Metaphysics (also screened in Berlin) a documentary that expressed his belief in the wildest subjective idealism. The short film, complete with a passage from Bishop Berkeley, asserts that the material world is entirely a product of the mind! To top it all off, Vidor was a member of the jury at the 1969 Moscow Film Festival, a jury that also included the Brazilian leftist director Glauber Rocha and East German actor Erwin Geschonneck, who worked with Bertolt Brecht.

In any event, an objective viewing of Hallelujah dispels a number of Gotto’s contentions, which are largely ahistorical and anachronistic.

Hallelujah is essentially a film-musical. Accordingly, music and dance play an outstanding role and add enormously to the work. A scene set in a prison quarry makes clear that the role of the music is not in any way to play down the inhumane conditions prevailing for black Southerners. The combination of religion and music are much more an expression of the strong yearning for redemption. Likewise the outbursts of eroticism, which sometimes seems to mix with religious fervour. Religion, the “sigh of the oppressed,” and music are part of the effort to endure the trials of everyday life. This is not the same as “self-sufficiency” or mere resignation.

There are scenes of great tragedy in Hallelujah, such as Spunk’s funeral. But before mourning becomes a source of destructive paralysis, music and dance instil a kind of communal religious rapture into those gathered at the grave. During a religious wedding ceremony in a courtyard, Zeke plants a kiss on the mouth of the young woman playing Richard Wagner’s wedding march on a harmonium. The two of them marry later. And as for Chick, no one really believes in her proclamations of religious fervour, which do not last long anyway.

Gotto rightly notes that the interpretation of “gospels, spirituals, blues and jazz” was made in a way that linked them to the “white-influenced entertainment industry.” The manner in which Chick sings, her gestures and facial expressions while dancing are clearly influenced by the popular revues of the time, but what’s the crime in that?

Nina Mae McKinney, only 17 or so at the time of filming Hallelujah and a remarkable performer, appeared in the Broadway show Blackbirds of 1928. It is not the job of some sort of ethno-centric jury or czar to evaluate the cultural “authenticity” or “made-to-measure” music which African Americans are allowed to perform—by the black Louis Armstrong or the white Irving Berlin (composer of some of the songs in the film). Jazz was never exclusively a “black” form of music, but rather emerged from cultural diversity. 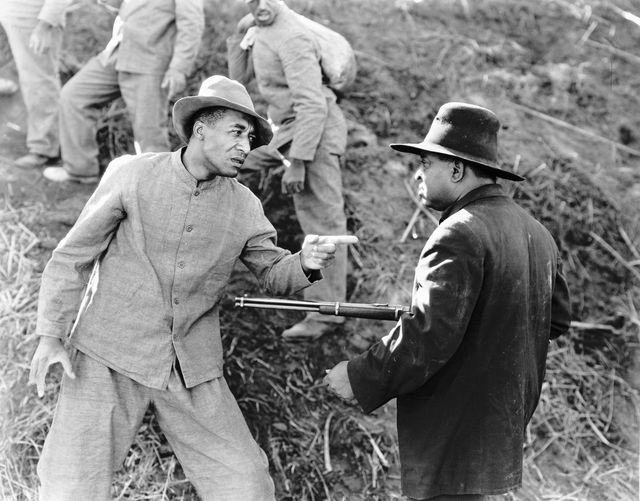 In Hallelujah, Vidor demonstrates his powerful humanitarian approach and his opposition to racism, which can also be seen in his film The Japanese War Bride (1952)—also shown in the Retrospective. In the latter film Vidor sensitively portrays the tensions between the wider American population and Japanese immigrants against the backdrop of the Korean War and the hostility to Japan during World War II.

Ultimately, the issue of oppression is a class issue, not a matter of skin color. In F. W. Murnau’s classic silent film Sunrise (1927), it is a small white farmer who land speculators seek to lure into the big city in order to swindle him out of his farm. He is lucky, but how many countless other victims were left hopelessly stranded in Northern cities?

Vidor also notes social differences and oppression within the black population itself. A respectable black petty bourgeois character parades his vanity while the black preacher in the film warns his congregation against the devilish perils of jazz music (as did white Baptist preachers).

The end of the film returns it to its beginning. Life revolves in a circle. Such tragedies take place. Zeke comes back to his family after his attempt at redemption fails. The film’s cumbersome “Big Mama” should not be regarded as some sort of “Minstrel” racial stereotype, betraying Vidor’s “white” approach, but rather a certain type of playful, big-hearted matriarch to be found all over the world where poverty and unemployment predominate and grown-up children are dependent on their mother’s generosity.

The film’s universal message is brought home when Zeke sings on the roof of the train that brings him back. The song seems to have flown to him through the wind and expresses only one thing: he is going home, he is free. The famous melody comes from the second movement of the Symphony No. 9 (popularly known as the New World Symphony, 1893) by Czech composer Antonin Dvorak (1841-1904). According to the composer, the work was influenced by his study of Native American music.

Hallelujah, largely shot in former centres of Jim Crow segregation, is a genuine discovery and available online and on DVD.

Victoria Spivey, the actress who plays Missy Rose, was a leading blues singer who played with, among many others, Louis Armstrong, and, in the 1960s, with Bob Dylan. Nina Mae McKinney (Chick) remained an actress and singer; she was known as “The Black Garbo” in Europe because of her beauty.