In a national television address on Tuesday, Sri Lankan Prime Minister Mahinda Rajapakse called for “unity” to fight the coronavirus. “We have only one enemy and it is named COVID-19,” he declared, and called for “vigilance, sacrifice and discipline.”

Rajapakse’s speech falsely described the government’s cosmetic efforts to fight the deadly and highly contagious virus as “massive relief measures.” It was a desperate attempt to deflect growing anger among workers and the poor. 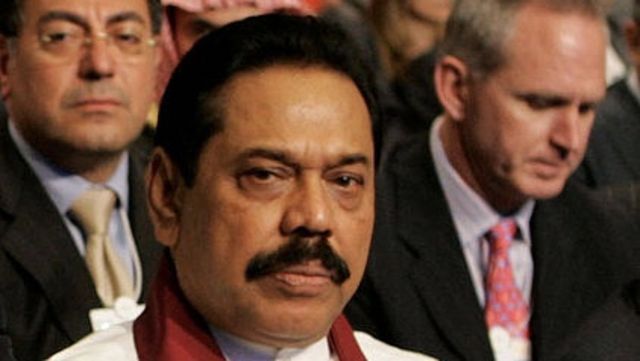 Sri Lanka has been under total lockdown, apart from brief periods in some areas, since March 18. But with no proper plans to distribute essentials, including food and medicines, workers and the poor throughout the country are facing extreme and worsening hardship.

Hundreds of thousands of workers in private- and self-employed sectors have been pushed back into the countryside without any income, while poor farmers in the rural areas have no means of selling what they produce.

Over the past two weeks, nurses, public health inspectors, Samurdhi welfare workers and village officers have threatened to strike unless they are given proper equipment and facilities to protect them from COVID-19. By contrast, the ruling elite and a handful of wealthy people are living in comfort as the government hands over billions of rupees to big business.

According to the latest official figures, seven people have died from COVID-19 and 197 people are infected. Thousands are in quarantine at designated centres, at home or in isolated villages.

Like their class brothers and sisters around the world, working people in Sri Lanka are shocked by the massive numbers of deaths globally—now over 100,000 and more than 1.6 million infected—and are asking questions about how and why this has been allowed to happen.

Many scientists and medical experts—like their global counterparts and the World Health Organisation (WHO)—are calling for widespread testing and for the full-scale mobilisation of medical and financial resources to combat the pandemic. Some are openly questioning why the government is reluctant to allocate adequate resources.

Rajapakse’s appeal for “unity” and “discipline” is in response to this rising opposition. His demands for “unity” seek to stop people voicing their concerns about the government’s inadequate measures and accept the devastation created by the pandemic and the capitalist profit system.

Attempting to hoodwink the population, the prime minister claimed Colombo had immediately responded to the pandemic. “From the first moment this virus was detected, the president [his brother Gotabhaya Rajapakse] and the government acted with great concern about what happens to our people,” he declared.

This is a lie. Like governments in the major capitalist countries, the ruling regimes in India and Sri Lanka failed to heed warnings that had been made by medical experts for decades about virus pandemics.

Rajapakse claimed that his government had provided massive relief packages. “We have already given direct relief to over five million of our citizens to help them weather this period.” This is a fraud. Rajapakse’s figures include the elderly, disabled, kidney patients and farmer pensioners, who are already receiving a meagre monthly allowance.

All the government has done is increase monthly allowances to 5,000 rupees ($US25)—which does not even pay for a month’s supply of food. About 1.7 million Samurdhi welfare recipients will receive a 10,000-rupee loan in two instalments. Some of the poor will receive a 5,000-rupee allowance but specific numbers have not been announced.

Rajapakse’s list of relief receivers also includes about 1.5 million government workers and 645,000 pensioners. Self-employed workers, such as trishaw drivers, school van operators, will be given only a moratorium on leasing facilities. Rajapakse, moreover, failed to mention the tens of thousands of private sector workers who are on the verge of losing jobs.

Rajapakse’s speech exposed the government’s contempt for health workers. “We are blessed to have committed medical staff who sew their own masks and come to work to attend to the sick,” as if the refusal of medical workers in other countries to work unless provided with adequate personal protection equipment is illegitimate.

Health workers, like medical workers around the world, are courageously fighting to save their patients, and have every right to take industrial action to demand personal protective equipment and other facilities.

When the coronavirus pandemic first hit, the Infectious Disease Hospital—the country’s premier facility for dealing with such cases—had only four beds in its intensive care unit. This has since been increased to just 18 beds.

Rajapakse said nothing about the WHO director-general’s appeals for mass testing and other measures to stop the virus spreading. Instead, the prime minister claimed that the world health chief had commended the Sri Lankan president’s actions.

Behind Rajapakse’s rhetoric, Colombo is preparing to impose the burden of the country’s economic crisis, which the pandemic has drastically worsened, on millions of workers and the rural poor.

The economy is suffering a precipitous drop in garment exports to Europe, the collapse of tourism earnings, and falling remittance payments from migrant workers in Italy and the Middle East—the country’s main foreign exchange earners.

Colombo has responded by trying to halt the erosion of the country’s limited foreign reserves. On Wednesday, the currency dropped to an unprecedented 200 rupees against the US dollar. On Thursday, cabinet approved a Central Bank proposal to suspend the general permission granted to outward remittances for investments overseas and to limit migration allowances.

Referring to increasing food shortages, Rajapakse declared: “We need to triumph over this adversity very soon but now there is much enthusiasm about growing our own food in our backyards.”

In a reference to the decades of war, he said the population overcame those “difficult” times, an indication that the government will attempt to condition the population to accept further sacrifices.

Rajapakse’s government is receiving the full backing of the opposition parties. “This is a unique moment,” he said, “when all political parties are committed to working together to defeat the common enemy, coronavirus.”

The United National Party and its splinter group, Jathika Samagi Balavegaya, the Sri Lanka Freedom Party, Tamil National Alliance, the Muslim parties and Janatha Vimukthi Peramuna have met twice with the prime minister over the past two weeks to express their support.

Notwithstanding minor tactical differences, these parties are nervous about the developing opposition among workers, and have called for the parliament, which was prematurely dissolved by the president, to reconvene to rubber stamp government funding.

Having secured this support, the president and the government are exploiting the pandemic to further militarise the administration. Military intelligence is playing a major role in searching for virus-affected people and patrolling streets. Before the crisis the president appointed senior retired military officers to key government positions.

The working class must reject Rajapakse’s call for “unity.” It is being used to cover up the class war being waged by the ruling elite and its government against all workers and the poor. The devastating impact of the coronavirus pandemic is a product of the capitalist profit system, the real enemy of the working people. In every country, the ruling classes are using the pandemic to prepare for dictatorial methods of rule.

Workers must unite with their class brothers and sisters internationally and advance their own independent policies, on the basis of a socialist program, to combat the devastating conditions that capitalism has created.