Julian Assange’s partner Stella Morris speaks out: “His life is on the brink”

In a YouTube video released by WikiLeaks yesterday, Stella Morris, a 37-year-old lawyer, revealed that she has been in a personal relationship with Julian Assange since 2015 and that they have two infant children together.

Morris powerfully defended the WikiLeaks founder, whom she is engaged to marry, spoke movingly about the close bond of their young family and called for Assange’s immediate release from London’s maximum-security Belmarsh Prison. 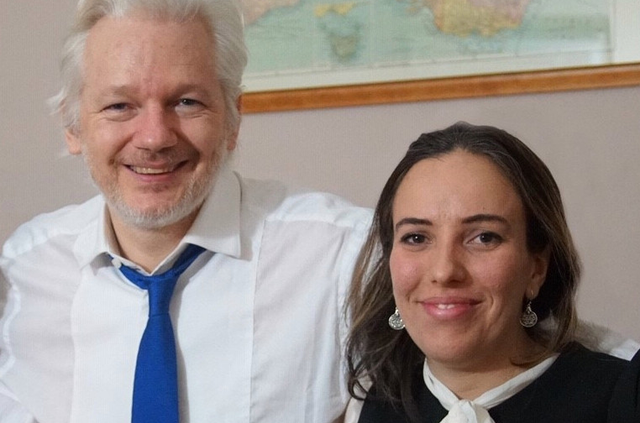 Assange and Morris in the Ecuadorian embassy (Credit: WikiLeaks)

In accompanying comments to the Daily Mail, the South-African born lawyer explained that she was speaking out publicly for the first time, because Assange’s “life is on the brink.” She warned that “Julian’s poor physical health puts him at serious risk, like many other vulnerable people, and I don't believe he will survive infection with coronavirus.”

“Over the past five years I have discovered that love makes the most intolerable circumstances seem bearable but this is different, I am now terrified I will not see him alive again,” she said.

Morris had filed a statement in support of an application last month for Assange to be released on bail.

It was callously rejected by Judge Vanessa Baraitser, despite the fact that the WikiLeaks founder has not been convicted of a crime and suffers from a raft of health issues, including a chronic lung condition. This means that the COVID-19 pandemic poses an imminent threat to his life.

Currently, 150 Belmarsh Prison staff are now infected with the virus or self-isolating. There are two known deaths of inmates, but Assange told a friend last week that there had been other fatalities.

Baraitser has also decreed that the May court hearings for Assange’s extradition to the US will proceed, even though Britain is in a national lockdown, there are mass coronavirus deaths and the WikiLeaks founder has no prospect of consulting with his lawyers. This underscores the fact that Baraitser is working to a predetermined timetable dictated by those orchestrating Assange’s dispatch to the US, where he faces life imprisonment for exposing American war crimes.

In a particularly vindictive move, Baraitser rejected an application from Assange’s lawyers for the identity of Morris and her children to be protected. They had warned that Morris had already been harassed because of her relationship with Assange. The calls by senior US politicians and intelligence officials for Assange to be silenced, or even killed, clearly place her in danger.

Baraitser was unmoved, declaring that it was in the “public interest” to expose the identities of Assange’s vulnerable family members.

In the WikiLeaks video, Morris explained that she first met Assange in 2011, after answering an appeal by Jennifer Robinson for Oxford graduates to join his legal team. A fluent Swedish speaker, she was involved in defending Assange from a sexual misconduct frame-up orchestrated by that country’s state and judiciary, doubtless in collaboration with the US.

Morris worked closely with Assange in Ecuador’s London embassy, where he was forced to seek political asylum in 2012. She said that they grew closer, beginning a relationship in 2015. “He’s the person I know most in the world,” Morris explained. “He’s extraordinary. He’s tender and loving.”

The lawyer said that they had made a “deliberate decision” to form a family, while Assange was a political refugee in the embassy building. They had wanted “to break down those walls around him, to see a life, imagine a life beyond that prison. For many people it would be insane to start a family in those circumstances, but for us it was the sane thing to do. It is what keeps things real...When he sees the children, it gives him a lot of peace and nurturing and support.”

Morris further explained: “Just like in war, when people fall in love and decide to live their lives, in an act of rebellion, I think falling in love is a kind of act of rebellion in a context where there’s a lot of attempts to destroy your life and your reason for doing what you are doing.”

Their first child, Gabriel, now two-years-old, was born in 2017. His brother, Max, is one-year-old. 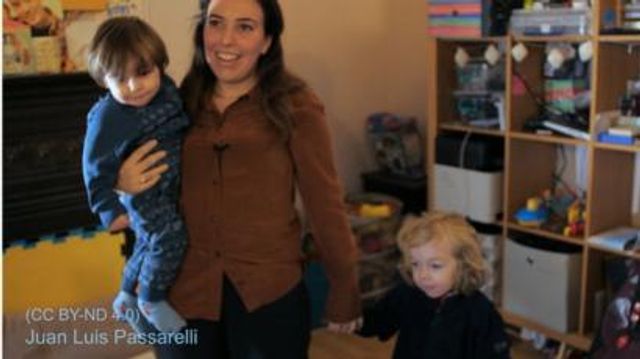 Morris spoke of the “extreme pressure” that she and her family have been under. She noted that because of his role as a public figure targeted by powerful governments for his publishing activities, everything about Assange’s life is liable to be “used against him.”

Commenting on the impact of the US-led pursuit of Assange on their young children, she said: “I think they’re both traumatised by what’s happened over the last few years. I compare it to being in a war-zone. Constant, relentless attacks. That there are operations underway, and it’s not some crazed conspiracy. It’s part of the context in which everything to do with Julian exists.”

Morris concluded by stating that she had to speak publicly, “Because I feel like Julian’s life might be coming to an end. It’s been ten years of breaking someone down, of trying to destroy his life, and it’s a well-known pattern with whistleblowers, people who expose the powerful, they destroy them... Somehow everyone has failed Julian, they have taken every negative angle. They can do that to anyone.”

In May last year, United Nations Special Rapporteur on Torture Nils Melzer found that Assange showed medically-verifiable symptoms of psychological torture, as a result of his decade-long persecution.

A group of almost 200 medical professionals, organised in the Doctors For Assange organisation, have repeatedly warned that Assange could die behind bars, as a result of the British government’s refusal to provide him with adequate medical care. Those dangers have only been heightened by the unprecedented pandemic, which is tearing through the country’s prison system.

Morris’s comments expose still further the lawlessness of this treatment. Assange is not only an award-winning journalist and publisher, but also the father of two infant British children.

The rights of the two boys, moreover, have already been trampled upon by governments and the intelligence agencies. Morris confirmed that employees of UC Global, a Spanish company employed by the Ecuadorian government to provide security at the London embassy, had plotted to steal one of Gabriel’s nappies, to test his DNA.

At the time, UC Global is alleged to have been secretly working in collaboration with the US Central Intelligence Agency to spy on Assange. Morris told the Daily Mail: “I knew there was spying but this felt ruthless, as if there were no boundaries. It wasn’t just an invasion of Gabriel’s privacy, it made me think he wasn’t safe.”

Assange first met the younger child, Max, in Belmarsh Prison last year. He had been unable to see the baby while he was still in the Ecuadorian embassy, because of the repressive conditions placed on him by that country’s new administration in early 2018 as it prepared to renege on the WikiLeaks founder’s political asylum and hand him over to his persecutors.

Video footage of Max’s birth was among Assange’s possessions that were stolen by the Ecuadorian authorities, after they expelled him from the embassy last April. Along with all of his other property, it was illegally handed over to the US government.

Morris’s comments underscore the brutality of the protracted pursuit of Assange. They demonstrate the immense stakes in the defence of the WikiLeaks founder, for the democratic rights of the working class, but also for his young family. Her intervention is a powerful refutation of the incessant attacks on Assange, which have been aimed at dehumanising him and legitimising the abrogation of his rights.

The video has won a warm response from tens of thousands around the world. Predictably, a number of tabloid newspapers have run salacious stories, absurdly presenting the decision of a then 45-year-old publisher to enter into a personal relationship and father children as something unusual or even scandalous.

As has so often been the case, representatives of the Guardian, the house organ of the smug British upper-middle class, staked out the most despicable position.

One of the paper’s reporters, Hannah Jane Parkinson, tweeted, above a particularly moving picture of Assange with Gabriel as a newborn baby: “Excuse me while I vomit for the foreseeable future.” When Assange’s mother Christine protested, Jane Parkinson blocked her. The Guardian reporter claims to be an authority on mental illness and the “complexities and contradictions of being ill.” Her sensitivities clearly do not extend to a persecuted journalist or his baby.

In their boundless malice and vindictiveness, such individuals reveal that there is no line they will not cross to further the interests of the corporate elite and the state and to attack those that challenge the status quo. Well after the likes of Jane Parkinson and her miserable ilk are forgotten, Assange will continue to be seen by millions as a hero who has risked all for the truth.