In an op-ed column posted on the website of the New York Times Sunday, to be published in the newspaper’s print edition Monday, presumptive Democratic Party presidential nominee Joe Biden aligns himself with the campaign by big business and the Trump administration to force workers to go back to work, regardless of the dangers from the coronavirus epidemic.

The headline of the column tells the story: “Joe Biden: My Plan to Safely Reopen America.”

Under conditions where more than 10,000 Americans died last week from the coronavirus, and the infection continues to spread through every state and county, threatening to drive the death toll far higher, Biden does not announce a plan to save lives or protect the population from the deadly virus. Instead, his concern is “how we get our economy back on track,” in other words, how the American capitalist class can resume the process of extracting profit from the labor of workers. 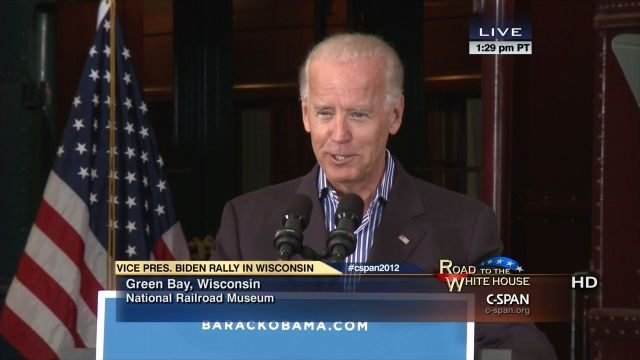 Thus, while Biden makes a few minor criticisms of the Trump administration for its slow and incompetent response to the COVID-19 pandemic, he shares the same political framework: the overriding responsibility of the American government is to save the wealth and profits of the financial aristocracy, not the lives of the people.

The three-point plan Biden elaborates is an exercise in evasion and deception. He avoids discussing the actual obstacles to an effective response to the pandemic—the profit-driven health care system and a government beholden to Wall Street—and says nothing at all about the scale of the catastrophe that is now breaking over the heads of the American population.

The former vice president explicitly rules out a health-first approach to the crisis, declaring flatly that “we can’t stay home and just wait for the vaccine to arrive.” Despite his claim that his plan “has to start with responding effectively to the immediate medical crisis,” he offers no concrete actions to supply health care workers with necessary materials like masks and gowns, or the ventilators, drugs and other chemicals now in short supply for the desperately ill.

Point #2 is to call for “widespread, easily available and prompt testing—and a contact tracing strategy that protects privacy.” Biden might as well promise the moon, or pie in the sky when you die. To implement such testing, the entire course of the US government’s response to the pandemic would have to be overturned, as well as the refusal of the giant pharmaceutical and medical equipment companies to make such widespread testing possible.

This demand is included without the slightest expectation, on the part of Biden and the Democrats, that any such effort will be undertaken. It is noteworthy that no state run by a Democratic governor—including New York, California, Michigan and New Jersey—has attempted to implement large-scale testing. On the contrary, testing has been limited to patients already experiencing severe symptoms consistent with COVID-19.

Point #3 is to “make sure that our hospitals and health care system are ready for flare-ups of the disease that may occur when economic activity expands again.” More weasel words. Health experts are not worried about isolated “flare-ups,” as Biden puts it, but about second and third rounds of the disease that could well be even more catastrophic than the first.

According to one of the more conservative estimates, the first round of COVID-19 will kill 60,000 people in the United States, but a second round, ignited by a premature reopening of factories, offices and other workplaces, could kill another 140,000 people.

As part of Point #3, Biden adds, “Reopening the right way will still not be completely safe.” Translated into plain English, this means that workers will die as a consequence of returning to workplaces that are not safe, to carry out work that is not necessary from the standpoint of human survival—health, food, shelter, public services—but is needed to resume the process of profit accumulation for the financial aristocracy.

It is particularly noteworthy that Biden makes no reference in his op-ed column to the $2.2 trillion bailout legislation that passed Congress last month with unanimous bipartisan support in the Senate, and an overwhelmingly favorable voice vote in the House of Representatives. This bill provides the basis for virtually unlimited financial support for corporate America from the Federal Reserve, using the full resources of the US government, while promising American workers only a $1,200 one-time check and, if they qualify, temporarily enhanced unemployment benefits.

Biden’s silence betokens consent. He fully supports a bailout that was enthusiastically endorsed by the congressional Democratic leadership and approved by all his former rivals for the Democratic presidential nomination who hold seats in the Senate, including Elizabeth Warren and Bernie Sanders. The entire Democratic Party, from its most conservative senator to the self-proclaimed “democratic socialist” Sanders, voted to back legislation that is a far greater bonanza for the financial overlords than the bailouts that followed the 2008 Wall Street crash.

Meanwhile, many of the 17 million workers laid off in the past three weeks have found it almost impossible to apply for unemployment compensation, with state systems overloaded, websites crashing and telephone calls unanswered. Biden says nothing about any of this and proposes nothing to relieve the acute suffering and deprivation in working-class neighborhoods throughout the country.

Biden tacks on a few mild criticisms of the present occupant of the White House, referring to “the administration’s failure to plan, to prepare, to honestly assess and communicate the threat to the nation.” He treads carefully, however, and avoids specifics, since on the question of preparations to meet a pandemic, Trump did nothing more than follow in the footsteps of the Obama-Biden administration, which failed even to rebuild the US disaster stockpile after it was depleted by the H1N1 and Ebola epidemics.

It is revealing that Biden avoids even referring to the impact of the COVID-19 epidemic until the final paragraph of his op-ed, and then only in the vaguest generalities: “The American people have already paid too high a price in illness, death and economic loss.”

No one reading this banal tract would have the slightest inkling that the United States has just gone through the worst week in its history, from a public health standpoint, or that the weeks ahead are likely to be even worse.