Amazon’s Jeff Bezos cashes in on coronavirus pandemic, adding $24 billion to his fortune

The COVID-19 pandemic has sent millions of workers and their families, already scraping to survive, into a financial tailspin from which many will never recover. However, for the world’s richest man, Jeff Bezos, the pandemic has been a financial bonanza, sending Amazon shares, and Bezos’ personal net worth, soaring.

At the close of the trading day on the stock market Wednesday, shares of the online retail giant were trading at $2,307, up from a year-to-date low of $1,676 on March 12, just over a month ago.

While Amazon workers are risking their lives in contaminated factories and protesting against the lack of basic safety equipment (at least 74 Amazon facilities have reported workers infected with the virus), and workers are being fired for speaking out, the market value of Amazon has climbed above $1.1 trillion, slightly below the $1.22 trillion 2019 gross domestic product of Mexico. 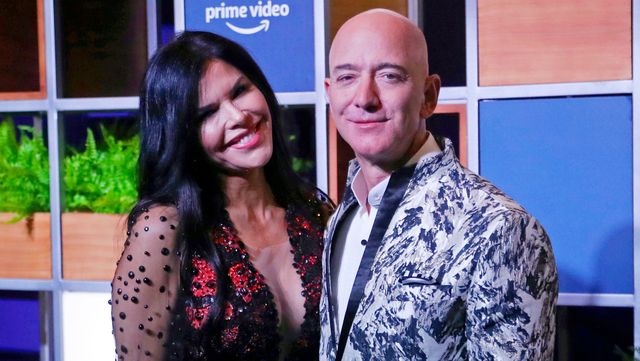 For Bezos, this translates into a year-to-date jump of $23.6 billion in his personal net wealth, bringing his fortune to more than $138.5 billion. His ex-wife MacKenzie, with her 4 percent stake in the company, has seen her net worth more than quintuple, from $8.2 billion to $45.3 billion according to Bloomberg.

Bezos is not an aberration. Tesla CEO Elon Musk has added over $10 billion to his personal fortune in the first four months of the year, while Alice, Jim and Rob Walton, owners of mega-retailer Walmart, have profited fabulously from the pandemic, increasing their personal wealth by $2.9 billion, $2.36 billion and $2.42 billion respectively, without stocking a single shelf or retrieving a cart.

The American financial aristocracy is gorging itself in the midst of scenes of mile-long food lines and mass graves. With the passage of Trump’s multi-trillion-dollar corporate bailout last month, which had the virtually unanimous support of Democratic lawmakers, airline industry executives and private equity, hedge fund and real estate investors (such as Donald Trump) are receiving billions of dollars worth of tax breaks, grants and low-interest loans, at taxpayer expense.

The Joint Committee on Taxation (JTC) of the US Congress issued a report this week revealing that tax provisions were included in the corporate bailout legislation (the CARES Act) allowing millionaires and billionaires who own so-called pass-through companies, including hedge funds and real estate investment firms, to offset losses not just from 2020, but from 2019 and 2018 as well. The owners of pass through companies pay income taxes at the individual rather than the corporate tax rate.

The JTC estimated that the total cost in public funds for this boondoggle for the very wealthy will be $170 billion this year. It said that 82 percent of the tax benefit will go to roughly 43,000 taxpayers who make more than $1 million a year. Only three percent will go to taxpayers who earn less than $100,000.

The $170 billion price tag for this handout to the super-rich compares to a measly $100 billion allocated in the legislation for hospitals and $150 billion for state and local governments. Many hospitals are being financially devastated by the impact of the pandemic and an estimated 2,100 cities across the country are facing huge budget deficits due to lost revenues. The result will be a new wave of hospital closures, layoffs and wage cuts, along with brutal cuts in social services and public employee jobs by state and local governments.

The JTC concluded that the average millionaire filer will receive $1.6 million in tax relief this year alone. The Trump Organization includes hundreds of pass-through entities, as do the businesses controlled by Jared Kushner and his wife, Ivanka Trump, allowing the president and his brood to take in millions of dollars by writing off risky investments from up to two years ago.

What these gifts to the oligarchy have to do with the coronavirus pandemic is a mystery no politician or media pundit has sought to explain.

On Tuesday, the government announced it had reached an agreement with the major airlines under which they will receive $25 billion in grants, again at taxpayer expense. The companies will have to pay back only 30 percent of the money. An additional $25 billion in low-cost loans will be provided to the airlines under a separate program. This looting of the US Treasury for the benefit of airline executives and major investors is being cynically presented as a defense of airline employees.

Democratic Rep. Peter DeFazio, chairman of the House Transportation Committee, hailed the bailout. He said, “Even though the process was neither easy nor perfect, it is critically important that in the end there are agreements in place that put workers and families first by keeping hundreds of thousands of airline employees … on the payroll during this extremely tumultuous period for the US economy.”

This is a lie. None of the money in the $50 billion bailout of the airlines will go to the workers. It will be used by the airlines to buy time while they prepare a brutal restructuring of their operations to slash jobs, wages and pensions. Already tens of thousands of airline workers have been furloughed, and the bailout deal allows the airlines to consolidate routes.

The only restrictions on the companies that receive the handouts—at this point a total of 10, including the four giants, American, Delta, United and Southwest—is that they put off layoffs until the end of September and refrain from paying out dividends or buying back their own stock until the end of 2021. But even these minor restraints can be waived by Treasury Secretary Steven Mnuchin, a multi-millionaire former investment banker.

DeFazio went on to say, “I strongly believe what Congress laid out in this provision of the CARES Act—to put workers first—should be the model for any industry-specific relief going forward.” This is nothing less than a call for the bailout of more industries.

The airline bailout was strongly promoted by the airline unions, working in lockstep with the companies. Sara Nelson, president of the Association of Flight Attendants, attacked the agreement between the Trump administration and the airlines from the right, denouncing the requirement that the companies pay back 30 percent of the handouts.

Between 2014 and 2019, the four largest US airlines—United, American, Southwest and Delta—spent a combined $45 billion buying back their own stock in order to drive up the share price and enrich the top executives and major investors.