Steep fall in US economy and worse is to come

Data from the US Commerce Department and the Fed released yesterday show that the American economy entered a steep decline in March with still worse to come this month.

Retail sales, in seasonally-adjusted terms, fell by 8.7 percent from a month earlier, the biggest such fall since records began in 1992. Sales at clothing stores were down by more than 50 percent.

The percentage decline in spending on motor vehicles, furniture and electronics was in the double digits, the Commerce Department reported. 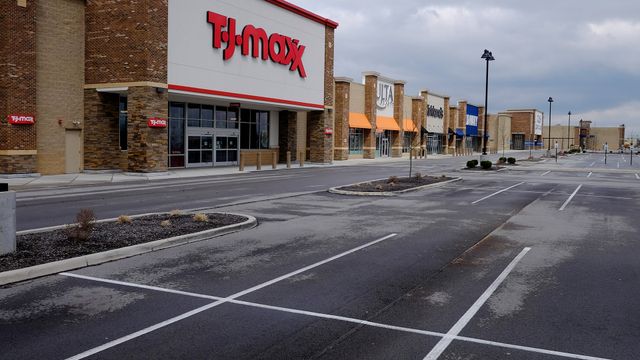 Figures released by the Fed showed that industrial production, including manufacturing, mining, oil and natural gas production, dropped by a seasonally-adjusted 5.4 percent. This was the biggest monthly decline since 1946 when US industry was switching from war production.

In an indication of the collapse of economic confidence, the National Association of Home Builders reported that its housing market index for April had fallen to 30 from 72 the previous month. A level of 50 indicates neither expansion nor contraction.

The Fed’s “beige book,” based on anecdotal evidence from businesses around the country, said US economic activity had “contracted sharply and abruptly” and companies expected conditions to worsen with further job cuts. Over the past month almost 17 million workers have registered for unemployment benefit.

Any notion there will be a rapid recovery once the immediate effects of the pandemic pass—and there is no indication of that as the US death toll continues to rise—is being dispelled.

The senior economist at Oxford Economics, Lydia Boussour, said the drop in retail sales was “just the beginning of the consumer pull-back.”

“Plummeting consumer confidence, collapsing employment, and lockdown restrictions have compounded into an extraordinary and multi-faceted shock to consumer spending and brought the economy’s main engine to a sudden halt.”

Oxford Economics issued a note to clients yesterday warning that factory activity would fall even further this month. “We anticipate industrial production will shrink by nearly 15 percent from peak to trough,” it said.

In a further indication that worse is to come, the Empire State manufacturing survey, which measures business confidence in New York, fell to minus 78.2 this month. This far exceeds its previous low of minus 34.3 recorded in February 2009 in the midst of the global financial crisis.

“The message is that it will be a brutal spring quarter for the economy,” Joshua Shapiro, an economist at the consulting firm MFR, told the Financial Times.

He said while there would a bounce back when the economy reopened, “returning to the levels of activity that prevailed pre-crisis is going to take a long time, and indeed probably will be measured in years for the most affected sectors.”

Craig Johnson, the president of the retail consulting firm Customer Growth Partners, told the Wall Street Journal the March decline was “literally unprecedented.” But April would the “cruellest month” because it was only in mid-March that the closure of large retail outlets began.

The International Monetary Fund has warned in its latest economic outlook that the world is entering the most significant contraction since the Great Depression, expected to amount to at least $9 trillion over 2020 and 2021. This is equivalent to the economic output of Germany and Japan combined. It has forecast that the US economy will shrink by 5.9 percent this year.

One of the clearest expressions of the crash now underway in the global economy is the crisis in the oil industry. Despite an agreement earlier this week by major oil producers to cut production by 9.7 million barrels a day, the price of oil has continued to fall.

The executive director of the International Energy Agency (IEA) Fatih Birol, said: “The oil industry is experiencing a shock like no other its history.”

With oil prices now down to as low as $20 a barrel, many firms are facing bankruptcy, particularly in the US.

Whiting Petroleum filed for bankruptcy at the beginning of the month. Many of the US shale-oil producers that sprung up in the last decade, as oil prices rose, are certain to follow.

Rystad Energy has said that at $30 a barrel more than 70 US oil and gas producers would have problems meeting interest payments on their debts this year. At $20 a barrel for crude this would rise to about 140 companies.

In its monthly oil report, the IEA said demand in April would drop by 29 million barrels a day, equivalent to 29 percent of global oil consumption in 2019.

It said the global economy was “under pressure in ways not seen since the Great Depression” as businesses failed and unemployment rose, with activity in the transport sector falling “dramatically almost everywhere.”

One oil trader told the Wall Street Journal that if you bought a cargo today “you are not sure you will ever find a buyer for it because everyone has too much oil.” He expected that in a couple of weeks oil markets would become “dysfunctional.”

But amid the economic devastation caused by the COVID-19 pandemic and the misery for billions of workers around the world, there is money to be made… big money.

Earlier this week, the Financial Times reported on a London investment fund that had made a total of $2.6 billion in trades during March. More than $800 million came from trades in derivatives based on market volatility with a further $1.8 billion resulting from trades in share market, gold and credit derivatives.

The richest man in the world, Jeff Bezos, the founder of Amazon, has increased his wealth by $24 billion this year, taking his total fortune to more than $138.5 billion.

His former wife MacKenzie Bezos, who was left with a 4 percent share in Amazon as a result of her divorce settlement, has seen her net worth climb by $8.2 billion this year to $45.3 billion.

As a result of the increase in online shopping, shares in Amazon have been rising and jumped by 5.3 percent on Tuesday.

Bloomberg reported that while the wealth of the world’s 500 richest people in its Billionaires Index had taken an initial hit, it had surged by 20 percent since March 23.

The official mantra is “we’re all in this together.” But as one financial analyst told the news agency, the wealth gap “is only going to get wider with what’s going on now.”