On Tuesday, the World Socialist Web Site published a letter from a nurse in the south-west of England, titled “A letter from a frontline nurse at the UK’s Royal Bournemouth Hospital.”

The nurse describes the appalling conditions in the COVID-19 “Red Zone” ward and the anger—shared by many other health care workers—at management and the government’s failure to provide adequate Personal Protective Equipment (PPE). The nurse denounced Prime Minister Boris Johnson’s hypocritical praise for National Health Service (NHS) workers, after decades of Conservative and Labour governments cutting the service to the bone.

“I was gobsmacked listening to Prime Minister Boris Johnson after a challenging day at work,” the nurse writes. “He was discharged from St. Thomas’s Hospital on Sunday but at the same time we saw the deaths of nearly 11,000 people, including 40 NHS workers, because of his government’s criminal ‘herd immunity’ policy and lack of preparation to face the pandemic … 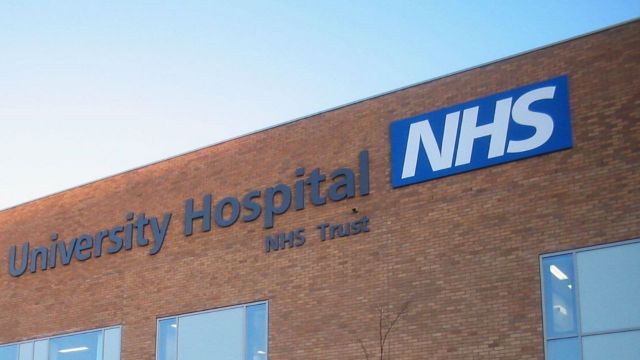 “Our lives are at risk because of wrong PPE policies of the government and our [NHS] Trust,” the nurse continues. “Regardless of the fact that we are dealing with a virulent and highly contagious virus, management is not allowing us to wear proper and safe PPEs.”

The letter was the most read article on the WSWS over the past two days, viewed more than 80,000 times and has been shared widely across social media platforms.

Health care workers are bearing the brunt of the Conservative government’s criminal indifference to the lives of working people. So far, 56 health workers have lost their lives to COVID-19 in the UK. The letter met with an outpouring of anger and indignation at government policy on social media and on the WSWS’s Disqus comment section. Many of those commenting were health care professionals.

Dozens of Twitter and Facebook users posted the letter on their own social media accounts, with over 400 people sharing it from the NHS Fightback Facebook page—set up by the Socialist Equality Party to fight for the building of rank-and-file committees in defence of a free, comprehensive and universal health care service.

Ian J posted the letter on his own Facebook page to say that “this isn’t a failure of government, it’s wilful negligence leading to needless deaths. This is corporate manslaughter. There needs to be a public enquiry and prosecutions.”

A nursing assistant wrote, “Best letter I’ve ever read ... we get treated like trash in the hospital [and they] don’t care about us or our families ... NHS AT ITS BEST.”

Elaine, a nursing professional from Suffolk, wrote, “A must read letter from a nursing professional … well done for speaking out. This is a very different picture than is being portrayed at the daily pointless [government] Press Briefing. They are lying to you, how many more Health Professionals have to die before anyone takes notice? ... Again, I beg my colleagues to refuse to care for COVID-19 patients if you do not have the correct protection. Your lives matter too!”

Ellie, who studied at Bournemouth University, posted the letter on Facebook: “This makes my blood boil with anger! You [the government] asked us to stay at home, yet you are not doing your job to protect all of frontline workers, especially NHS staff!!! Still making empty promises to do more tests! When are you going to learn your lesson!!!

“Precious lives lost and still losing ... We will do our best to stay at home and keeping social distance to help NHS! DO YOUR JOB PROPERLY! ...”

Steve M commented, “NHS you are doing an astounding job [,] my heart bleeds that you are not being supported in the way you should by this govt. When the dust settles big changes have to happen.”

Danielle, a nurse, commented, “This is why I’m scared to go to work!!! Government is a shambles and I’m not giving my workplace a bad name. It’s this government. Not written by me but we all feel this way!!!”

Ann Hemingway, professor of Public Health and Wellbeing at Bournemouth University, posted the WSWS article on Twitter and condemned politicians and NHS management for putting health care workers’ lives at risk. She tweeted: “Fantastic letter about PPE problems. [W]hy is this happening … where is the challenge to the politicians and NHS managers who are colluding with this putting people’s lives on the line[?]”

Daniel from Bournemouth expressed his anger at the conditions faced by NHS workers, and demanded that the government be held accountable: “This is an account given by a Nurse at Bournemouth Hospital. You need to read it. This government is going to pay for what they have put our NHS staff through.”

Marky tweeted, “The truth about PPE, from a nurse in a major hospital.”

Steve C tweeted, “Please read. My sister is a nurse on the frontline and shared this with me. Shame on those people who clapped Boris Johnson and his regime last week.”

Many people posted this letter in replies to tweets from their local Members of Parliament (MPs), as well as tagging Prime Minister Boris Johnson, Chancellor Rishi Sunak and Health Secretary Matt Hancock. They condemned the government’s failure to provide NHS workers with adequate PPE and their complicity in the avoidable deaths of healthcare workers and thousands of others.

Some shared the nurse’s letter in response to a tweet from Tobias Ellwood, MP for Bournemouth East—where the Royal Bournemouth Hospital is located—in which he had xenophobically attempted to divert the blame for the COVID-19 pandemic towards China. Ellwood said, “With no lessons learnt from SARS—other than attempting to hide outbreak from the world, China must change.”

Ben Jernes responded to Ellwood by posting the WSWS article with the following comment: “Look at what’s happening here first due to your own government … Tories have blood on their hands. You are culpable. Justice will be done.”

The fear of senior management of the truth being made public about the real state of affairs in hospitals was expressed in an anonymous Disqus comment sent to the WSWS, claiming that the nurse’s letter was not “representative of my own experience and that of the vast majority.” Claiming to work on the “front line” at Bournemouth hospital, Anonymous wrote, “Appropriate PPE has been available at all times … The hospital preparedness for this virus has been excellent.”

WSWS readers wrote in support of the nurse’s letter. One wrote, “The wording of this message [from Anonymous] sounds far more likely to be from the mouth (press release) of management than a frontline worker.”

Another wrote, “No wonder you’re anonymous ... I dont know who you’re kidding when the majority of ppl know the true state of affairs in the country regarding unsafe practices and not enough pressure from NHS bosses and their Union on the government.”

Another responded to the assertion by Anonymous that the exposure made by the Bournemouth nurse was “unprofessional and potentially damaging,” with the comment, “I’d say risking the lives of your colleagues is more damaging, wouldn’t you?”

Another commented, “Shocked by this article. We all have friends, family in NHS, some at Bournemouth (which is a complete shambles). I would urge any workers in the NHS or care sector who are facing death because of lack of PPE to take courage from employment law and to STAND UP FOR THE PROTECTION OF THEIR LIVES. One of the nurses refused to work in a particular situation because it was so incredibly dangerous. He was threatened with disciplinary action. Unsurprisingly there is employment law to protect workers—whatever their job—from dangers. S. 100 Employment Rights Act 1996 says it’s automatically unfair for an employer to dismiss an employee where an employee left, or said he was going to leave, a situation where DANGER was ‘SERIOUS AND IMMINENT’. I would hope this would give any employee—whether in the NHS or in the care sector—courage to stand up for the protection of their lives.”

Another reader stated, “This is just horrific. Surely the clinical staff know when they need full PPE, not the managers? Threatening staff during this pandemic is obscene. If anyone needs sacking it’s those doing the threatening, not those risking their lives daily.”

A reader replied, “Sadly, many clinical staff are gagged from speaking out on the social media or press, and threatened with disciplinary actions.”

At Bournemouth Hospital, the letter was warmly received by doctors, nurses and other healthcare workers. It was shared in private Facebook groups and other social media accounts by staff. Nurses said they agreed with “every word”, with one writing, “it should be front page news!”

The response to the letter shows the critical role of the WSWS in providing a conscious voice for the concerns and mounting opposition of workers around the world. Against the censorship and lies of the mass media, capitalist governments and pro-capitalist trade unions, the WSWS fights irreconcilably for the social rights and interests of the working class, scientific knowledge and the truth.

UK NHS workers speak to the WSWS: “Is it worth clapping the NHS without ensuring the safety of frontline workers?”
[14 April 2020]