The execution of 33-year-old Steven Taylor by a 20-year veteran of the San Leandro, California Police Department Saturday sparked outrage after a 57-second graphic video was posted and shared widely on social media. 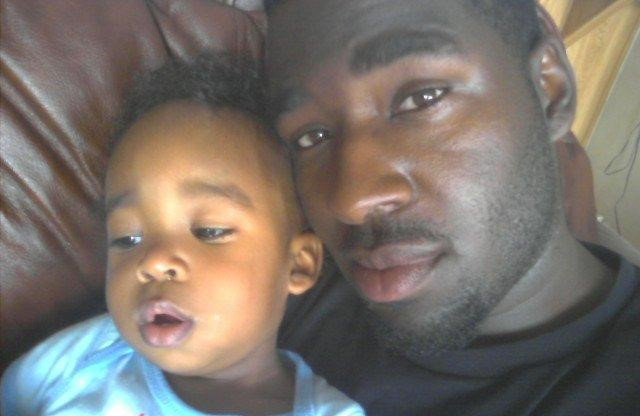 Steven Taylor with one of his daughters in 2010

The video begins showing Taylor holding a baseball bat with his back turned to the camera facing the entrance of the San Leandro Wal-Mart located in California’s East Bay in Alameda County. Within three seconds a loud crack is heard followed by the burning sizzle of 50,000 volts of electricity coursing into Taylor’s body. The electric current temporarily halts Taylor in his tracks as his body seizes up from the paralyzing shock.

Taylor screams in pain as he takes a few staggered steps back from the two police officers before regaining his footing and bunching himself up against a thin divider shelf. The police officers continue to walk towards Taylor, with at least one pistol drawn, shouting at Taylor as dozens of worried shoppers frantically try to flee from the dangerous escalation of violence by the police. Witnesses in the store have confirmed that while Taylor was agitated and behaving in a threatening manner, he had yet to physically assault any innocent bystanders, nor had he shoplifted any items.

After regaining his footing, Taylor slowly approaches the officer, slightly swaying back and forth when he is first shot by police, approximately 21 seconds into the video. Blood instantly begins pouring out of his body as he howls in agony, taking a few measured steps back before he drops the bat and slowly turns and staggers away from the police—his back turned—leaving a trail of blood.

Eight seconds later, a second crack is heard, and Taylor instantly collapses in a heap onto the ground, unmoving. A woman's voice is heard pleading out of the camera frame, “No more! Don’t shoot him no more!” Her protestations were answered with a third violent crack, with one of the two officers now standing over Taylor’s rapidly expiring body. Instead of quickly administering first aid, the officers slowly approached Taylor, weapons drawn, and began to handcuff him as the video ends.

High school friends and acquaintances of Taylor gathered outside of Wal-Mart on Sunday to pay their respects with balloons and candles to “our beloved Steve Taylor [a] good dude [who] didn’t deserve it.” It has been reported that Taylor was depressed and suffered from schizophrenia. It is unknown at this time if Taylor had access to any of his medication.

As the video began to go viral and anger swelled within the community and across the US, San Leandro police chief Jeff Tudor attempted to spin the narrative by taking to social media in a short video. The chief began the video by acknowledging that it was “a difficult time and our community is hurting right now,” before moving to “dispel some rumors circulating on social media.”

Tudor went on to assert: “Our officer discharged his service weapon one time striking the subject in front of his upper body. It is still early on in this investigation, and we will provide you more information in the near future and as it becomes available so that we can be as transparent as possible. Your patience is needed.”

As is the case in capitalist America whenever an officer is obliged to “discharge his service weapon,” it is because the person on the receiving end committed the capital crime of failing to comply with an officer’s commands in a timely manner, regardless if they are suffering from a mental health crisis. The overriding mantra that all must immediately obey officers’ commands, lest they become the latest gruesome statistic, is parroted constantly by the police and media.

However, when it comes to revealing the truth of killer cops’ brutal actions, including why the officer had to shoot in order to “protect himself” from an incapacitated and bleeding unarmed individual, the public must exhibit Herculean “patience” as the local police department, working in conjunction with the courts and political officials, get their story straight before presenting the public the “truth” of their “investigations.”

Taylor’s family has since obtained the services of S. Lee Merritt, a civil rights attorney, who noted that the young father leaves behind three children, including an 11-year-old daughter.

Merritt has also disclosed that the prosecutor in charge of investigating the shooting of Taylor will be Alameda District Attorney Nancy O’Malley. Merritt has requested the prosecutor recuse herself due to a conflict of interest stemming from previous campaign donations she has received from numerous police unions including the Fremont Police Association, which gave her a $10,000 campaign contribution as she was investigating an officer who had shot and killed a 16-year-old pregnant teenager, Nana Adomako, in February of 2017.

O’Malley’s campaign received the donation on Nov. 8, 2017 and less than a month later, on Dec. 6, her office cleared Fremont Officer James Taylor of any wrongdoing in the fatal shooting death of Adomako.

The Washington Post estimates that so far 251 people have been killed by police officers within the first third of the year, with the victims of every race and skin color. What these victims of police brutality all share in common is that they are overwhelmingly working-class and poor. If this murderous trend continues, it will be the sixth year in a row that US police will have killed over 1,000 people in a calendar year.