As governors in Georgia, Florida, and other states rushed to reopen businesses throughout the country in line with US President Donald Trump’s back-to-work campaign, new figures are beginning to show the real human toll of the COVID-19 pandemic.

New reports in the Economist, Financial Times and New York Times reveal that, when all deaths during the pandemic are tallied, the actual death toll caused by the coronavirus are likely at least twice as high as has been officially reported.

The three media outlets came to this conclusion by studying the number of “excess deaths” in various regions during the pandemic. That is, rather than recording those who died in a hospital and tested positive for COVID-19, they tracked the gap between the total number of people who died from any cause in cities, regions and countries across the world and compared that data to the historical averages for the same place and time of year. This paints a more accurate picture of the bloody swathe of the disease. 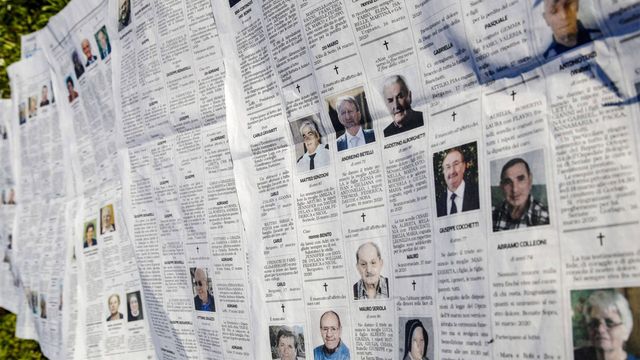 In Lombardy, Italy, an epicenter of the pandemic in Europe, it is estimated that the known death toll only accounts for 48 percent of the total number that died. Data from Spain’s national epidemiology center reveal that its counted dead due to the coronavirus are only 65 percent of the estimated excess deaths. In Belgium, which has the second highest number of deaths per capita in the world, only half of the casualties from the pandemic were accurately counted.

In the United Kingdom, the official counts are likely only tracking 42 percent of COVID-19 deaths. In New York City, the pandemic’s epicenter in North America, that number is 77 percent. Similar shortfalls were found in the Netherlands, Belgium, Sweden, Austria and Turkey.

These data also reveal the extent to which the pandemic is raging through the developing world. In Jakarta, Indonesia, for example, those said to have died from the coronavirus in March were only 5 percent of the number of the number of excess burials in the country during that month.

In total, there are likely at least 121,842 deaths from the coronavirus pandemic in those cities and countries, more than double what has been officially reported. If extrapolated to the rest of the world, the total number of men, women and children killed by the coronavirus would jump from just under 185,000 to about 370,000, a number that will rise as local health authorities retrospectively revise mortality rates upwards.

There are also new autopsy results that show that the first death in the United States was in California on February 6, not February 29 in Washington as was previously believed. This was only 17 days after the first coronavirus case was confirmed in the US and the individual in question did not have a travel history from China or any country with a known outbreak at the time. This suggests that community transmission was already ongoing in the United States and internationally even in mid-January.

Despite this grim figures, governments, corporations and trade unions in countries such as Australia (74 deaths), Brazil (2,906 deaths), Britain (18,100 deaths), Germany (5,350 deaths), India (681 deaths), Spain (21,717 deaths) and the United States (47,430 deaths) are all continuing the push to “reopen” their respective economies, forcing workers from isolation and back into crowded workplaces where the virus can easily transmit and spread.

The Spanish government ordered millions of workers back to work last week, while implicitly acknowledging the danger of doing so by telling everyone to sanitize their clothes, phones and shoes after returning from work. Germany is currently gradually reopening schools and workplaces, which Chancellor Angela Merkel is insisting should be open in May. India has given the green light for manufacturing facilities to resume production even without social distancing guidelines.

Turkey, which now has more cases than both Iran and China, never halted nonessential industries in the first place. President Recep Tayyip Erdoğan has at most implemented weekend curfews and a four-day lockdown beginning today, totally inadequate compared to the warnings from the Turkish Medical Association that all unnecessary work should stop with full resources to contain the pandemic.

In the United States, where the coronavirus has exceeded both cancer and heart disease as the number one cause of death, President Donald Trump is allowing individual states to determine how to reopen. Several states have either announced or already begun to let restaurants and retail stores reopen, including South Carolina, Georgia, Tennessee and Montana.

The premise for these actions is that because the number of new cases is decreasing, the pandemic is becoming contained and thus it is safe to resume normal life. They ignore the warnings from the World Health Organization that, “Early evidence suggests most of the world’s population remains susceptible. That means epidemics can easily re-ignite.”

This is already being seen in China, Japan and Singapore, which have all had a recent surge in cases. That the coronavirus can continue to spread even in countries which have implemented aggressive social distancing, testing, contact tracing and quarantine measures from the beginning of their respective outbreaks should stand as a stark warning about continued persistence, virulence and ultimately deadliness of the pandemic.

A warning against a second wave of the pandemic was also issued by US Centers for Disease Control and Prevention Director Robert Redfield, who said, “There's a possibility that the assault of the virus on our nation next winter will actually be even more difficult than the one we just went through.” He continued, “We're going to have the flu epidemic and the coronavirus epidemic at the same time.”

If schools and workplaces continue to open, however, the number of coronavirus cases and deaths will not spike next winter, but in the coming weeks and months. And there is every reason to believe it will be worse than what has already befallen a large section of humanity. The pandemic has already spread to every corner of the planet and has only been slowed down by the fact that more than four billion people are in some form of isolation. Sending millions back to work in countries, such as in the United States, with inadequate testing and contact tracing capabilities will cost countless lives.