In a development that reflects the turmoil gripping the global airline industry, Virgin Australia, the country’s second largest domestic carrier, entered into voluntary administration on Tuesday. The move threatens 10,000 jobs directly and around 5,000 more in connected supply-chain operators.

The airline had already stood down 80 percent of its staff and suspended virtually all flights due to the restrictions on air travel imposed in response to the coronavirus pandemic. Virgin’s rival Qantas and its low-cost carrier Jetstar have also stood down thousands of workers and suspended most flights.

The decision to enter into administration came after Virgin Australia failed to secure a $1.4 billion federal government bailout it had been calling for. The company owes $5 billion to a range of creditors including banks and institutional investors. 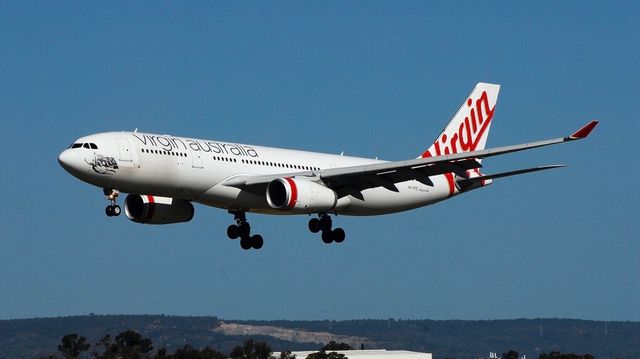 The government handout sought by Virgin, which was worth more than twice the company’s market capitalisation, would have been on top of its share of a $715 million government package handed to Australia’s airline companies in early March. Virgin had also sought assistance from the New South Wales and Queensland state governments.

Even though it is now in administration, Virgin, along with Qantas, will continue to operate limited domestic flights in line with a recent request by the federal government. The government will subsidise these operations to the tune of $165 million even though the airlines will still charge passengers for seats.

The appointed administrators for Virgin, Deloitte Australia, have already drawn up a draft timetable for expressions of interest from potential buyers to be submitted in the next three weeks. Deloitte reports there are already 10 interested parties looking to be involved in a so-called “recapitalisation process” that will undoubtedly be premised on a radical restructuring.

It has been reported that interested parties had preferred Virgin going into voluntary administration on the basis that this would enable a sweeping overhaul of the company, aimed at slashing costs and making it a profitable investment.

The federal Liberal-National government hailed the move, declaring that it did not mark the end of the airline, but would render it “leaner” and more “sustainable.” The government and the corporate elite view such a restructure as a test case for a broader agenda of using the pandemic as the pretext for imposing longstanding plans for a pro-business overhaul of workplace relations and conditions.

The administrators could still move to liquidation resulting in a carve-up of Virgin and the selling off of its substantial assets to meet the claims of secured creditors. Billions of dollars owed to unsecured small creditors or to workers’ in the form of accrued entitlements could be wiped out.

The “interested parties” circling Virgin include cashed up private equity firm and corporate raider BGH Capital, which is backed by large investors, such as AustralianSuper. It has been involved in numerous corporate raids, including the $2.3 billion takeover of struggling education provider Navitas in 2019. Ben Gray, BGH Capital chief, ran the local arm of private equity giant TPG, which was part of a consortium of firms that launched a failed bid to acquire Qantas in 2006.

Another possible interested party is Arizona-based Indigo Partners LLC. It owns four low-cost airlines abroad and has made no secret that it is looking to the economic crisis provoked by the coronavirus pandemic to expand its portfolio. One of the firm’s principals recently stated: “Our airlines today are in good shape, but we are looking for opportunities at airlines that don’t have as strong a balance sheet.”

Velocity Frequent Flyer, while owned by the Virgin Group, is a separate company and is not yet up for sale. The thousands of people in the program, however, have now been blocked from redeeming their frequent flyer points or cashing in points on products or gift cards for at least four weeks.

Responding to the news that Virgin had been placed in administration, the airline unions immediately ramped up their appeals to the federal government to step in and bailout the airline, echoing statements made by the Labor Party.

Within hours of the announcement, Transport Workers Union (TWU) national secretary Michael Kaine declared: “There is still time to rescue Virgin and for the federal government to take a bold move to ensure that the Australian economy is ready to bounce back when the crisis abates.” Offering union cooperation in any cost-cutting operation, Kaine declared that “unions stand ready to work with the government on helping to devise a solution on Virgin’s future.”

While the unions plead for billions of dollars for corporate bailouts to protect private profits, millions of workers who have been laid-off by the major corporations are forced onto poverty-level welfare allowances.

Such bailouts, moreover, are always premised on sweeping attacks on wages and conditions. For years, the Australian auto unions backed massive government subsidies to the car companies, while enforcing the continuous reduction of workers’ pay and conditions on the pretext that this would prevent the closure of the industry. In the end, the major manufacturers received billions in public funds, before ending their operations and leaving thousands of workers unemployed.

The unions’ advocacy for corporate handouts is in line with their protracted collaboration with governments and the employers against the workers they falsely claim to represent. Over the past two decades, the airline unions have enforced the destruction of thousands of jobs, the imposition of ever-more onerous workloads and the decimation of previous conditions, including those aimed at ensuring health and safety.

The unions are taking this pro-business program to a new level amid the current crisis.

They have urged the government to exempt whole sections of non-essential industry, including construction and manufacturing, from the lockdown, endangering the lives and health of their members to ensure the continued flow of corporate profits. Union officials have sought to intimidate and silence growing opposition from rank-and-file members.

Their intention is to use the pandemic to further incorporate the unions into the management and corporate structure as an indispensable agency to police the working class and shore up their own privileges.

Australian Council of Trade Unions Secretary Sally McManus has collaborated with the Morrison government on a daily basis. She was recently hailed by Christian Porter, the federal industrial relations minister, for helping to orchestrate union-employer deals to slash workers’ wages and conditions across a host of industries.

The collapse of Virgin is a warning that governments and the corporate elite will attempt to make the working class pay for the unprecedented global economic slump. It is the outcome of the privatisation of the airline sector and its dominance by the wealthiest financial corporations and private equity firms.

All over the world, airlines engage in a ruthless struggle for market-share and profits, above all through a continuous offensive against the jobs and conditions of workers.

This underscores the necessity for a unified struggle by airline workers internationally, who set in motion a strategically-critical and inherently international industry. The long record of union-enforced cuts demonstrates that workers can only resist the restructure at Virgin through a break with the TWU and the establishment of new organisations of struggle, including independent rank-and-file committees.

These would be tasked with turning out to other sections of workers, facing a similar offensive against their social rights. Major political issues would be posed, including the necessity to launch a fight for a workers government that would place the airlines and all essential industries, along with the major banks and corporations, under public ownership and democratic workers control.