Under pressure from President Gotabhaya Rajapakse and his caretaker cabinet, the Election Commissioner (EC) announced last week that Sri Lanka’s postponed general election would be held on June 20. Rajapakse’s agitation for a quick election takes place amid surging coronavirus infections in Sri Lanka and internationally.

Anyone aware of Rajapakse’s authoritarian actions—past and present—knows that his early election had nothing to do with defending democratic rights.

On March 2, Rajapakse used his executive powers to dissolve parliament, six months before its official term ended, and announced a general election for April 25 with the deadline for candidate nominations on March 19.

In the face of mounting concerns over the coronavirus pandemic, the Election Commission decided to postpone the election date indefinitely. Rajapakse, however, did not implement a nationwide coronavirus lockdown until a day after candidate nominations had been submitted.

Rajapakse’s demand that the election be held as early as possible is bound with his authoritarian agenda. Since his election as president last November he has repeatedly declared that he wants a two-thirds parliamentary majority in order to scrap the 19th constitutional amendment and other legal restrictions to his presidential executive powers.

Rajapakse and the ruling elite are fearful of rising working-class action against Colombo’s austerity measures. The previous government of President Maithripala Sirisena and Prime Minister Ranil Wickremesinghe broke apart and ignominiously collapsed in the face of this mass social opposition.

Rajapakse came to power by falsely pledging to alleviate the social crisis while promising big business a “strong and stable regime” and appealing to the military and extreme-right Sinhala chauvinist groups.

The president has also used the coronavirus pandemic to further militarise his regime. The National Centre for Prevention of Coronavirus is not headed by a medical expert or scientist but Army Commander Lt. General Shavendra Silva. Rather than highly-trained medical staff, military intelligence agents and police commandos have been deployed to locate those infected with COVID-19.

No mass testing is occurring in Sri Lanka, nor have significant government funds been allocated for modern and fully-equipped hospitals to provide safe treatment of coronavirus victims and to deal with other health emergencies.

The response of the Rajapakse government to COVID-19 is not determined on a scientific basis but by political expediency. 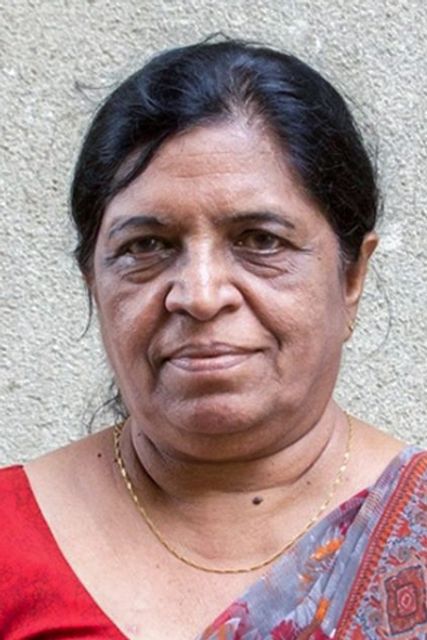 As the number of coronavirus infections continues to rise, independent medical experts have opposed holding a general election. Over 30 new cases were discovered the day the new election date was announced.

Dr. Prasanna Cooray, a former manager for South Asia for the Global AIDS program, however, told the Hindu: “It is absurd to even think of elections now. How can we even predict when the infections will stop spreading?”

The coronavirus pandemic, which has paved the way for the deepest crisis of the capitalist economy since the Great Depression of the 1930s, is drastically impacting the Sri Lankan economy. According to the World Bank, South Asia as a whole this year will see drastically lower economic growth—from 1.8 to 2.8 percent this year—with Sri Lanka shrinking by 3 percent.

In line with their imperialist masters in the US and Europe, the Sri Lankan government, and its counterpart in India, has declared that it will “reopen the economy” and is calling employees “to go back to work.”

Sri Lankan garment sector companies have announced the axing of up to 30 percent of their permanent staff, having already dismissed casual workers. Fifteen free trade zones and other factories have called back only 20 percent of their work force.

How will Rajapakse attempt to impose this draconian “new normal”?

Last Monday, he declared that the lifting of the curfew and lockdown would occur in “war-time” like conditions.

“A section of the police and tri-forces will be deployed in Colombo district to control this situation. Earlier they [armed forces] were spread across the country. I have instructed the defence secretary to ensure that the situation remains under control, as it was during the war, and ensure that people would not make unnecessary visits and that they act in a disciplined manner.”

In other words, the government is preparing to mobilise the military against the working class and the poor. Before it seeks to impose the full brunt of the economic crisis on the masses, Rajapakse wants a rubber-stamp election.

The Rajapakse administration is also sharpening its ideological weapons against the working class. That is why it is whipping up anti-Muslim and anti-Tamil sentiment—the ruling class’s age-old racist method to divide workers along ethnic lines. The government, with the backing of most of the media, has blamed migrant workers returning from South Korea and Italy for the pandemic. Then it started accusing Muslims of being responsible for the virus spread.

What has been the role of Sri Lanka’s so-called opposition parties?

After appealing for an all-party conference, MPs from the opposition parties quickly rushed into a meeting convened by the prime minister where they praised the government’s actions and the military and promised further support.

As soon as the new election date was announced, these formations stepped up their calls for parliament to be reconvened. There, under the banner of “fighting the pandemic,” they will assist the government to push through new anti-democratic legislation.

Veteran UNP leader and former parliamentary speaker, Karu Jayasuriya, has urged all political parties to unite. “The government, opposition and other stakeholders must put aside their political differences and take urgent and meaningful steps to prevent the unnecessary third crisis for our country,” he said.

While Jayasuriya did not elaborate on the “third crisis,” the primary concern of the ruling elite is not COVID-19 but an independent movement of the working class against the government and the capitalist system. Notwithstanding their minor tactical differences, the opposition parties are ready to unite against their common enemy: the working class.

The Socialist Equality Party (SEP), the Sri Lankan section of the International Committee of the Fourth International (ICFI), is the only party contesting the general elections on the socialist and internationalist program that defends the interests of the working class and the poor. This is elaborated in our comprehensive March 21 and April 18 statements.

The coronavirus pandemic has exposed the failure of the capitalist system. It must be overthrown and replaced with a rational system that provides a progressive future for mankind: that is, world socialism.

We call on all workers, youth and intellectuals in Sri Lanka, South Asia and internationally to support our campaign, study our program, read the World Socialist Web Site and join the SEP.