Larry Summers and the Biden campaign

In the wake of Bernie Sanders’ abject capitulation to Joe Biden, the presumptive presidential candidate of the Democratic Party, leading supporters of the Sanders campaign, including the Democratic Socialists of America (DSA), have tried to maintain that despite the predictable outcome, all was not in vain.

Sanders, they claim, shifted the “debate,” bringing vital issues previously regarded as peripheral into the mainstream of politics.

With the narrative of these would-be political alchemists in ruins—namely, that Sanders would take the leadership of the Democratic Party and turn it in a “progressive” or even “socialist” direction—they have shifted their line to the delusion that Sanders can lead a successful pressure campaign to shift Biden to the left.

For its part, the Biden camp, recognising the hostility to its candidate, especially among younger voters, says it is reaching out to the “progressive” constituency.

The veil was lifted on this dog and pony show last Thursday, when Bloomberg Newsrevealed that the treasury secretary in the Clinton administration, Larry Summers, was a key adviser to Biden in the formulation of economic policy. 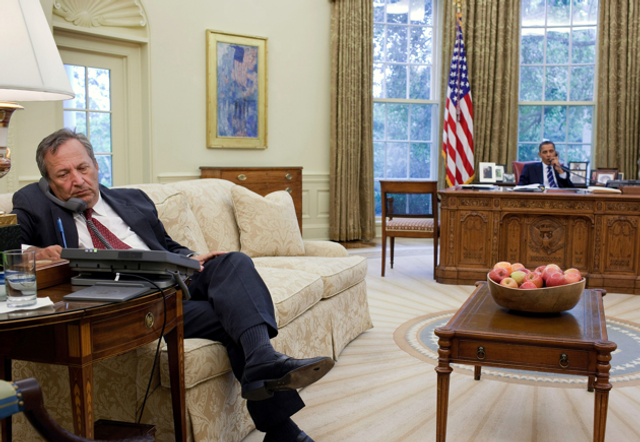 Summers has a long history, going back almost three decades, of supporting all the measures leading to the financialization of the American economy and the institutionalization of mechanisms that have siphoned off wealth and income to its upper layers.

He was one of the key architects of policies that have resulted in the greatest levels of social inequality in history, the lowering of wages for millions of workers, and the gutting of essential services such as health care. He also has a record of opposing action to deal with climate change.

Organizations backing Sanders have responded to the news of Summers’ key role in the Biden campaign with expressions of shock and outrage, demonstrating once again their own political bankruptcy. Two pro-Sanders organisations, Justice Democrats and the Sunrise Movement, issued a joint statement that Summers was unfit to carry out a progressive agenda and that Biden had a major “trust gap,” which he would have to overcome with “progressives” and voters under the age of 45 to win against Trump.

“Larry Summers’ legacy is advocating for policies that contributed to the skyrocketing inequality and climate crisis we’re living with today. We hope Biden publicly rejects Summers’ role as an economic adviser to better earn the trust of our generation,” they wrote.

In other words, please throw us a bone to help us take up our new task of promoting illusions in Biden—Obama’s vice president during eight years of the greatest transfer of wealth from the bottom to the top in US history—just as we did for Sanders.

The Biden camp issued a statement that his campaign would present the most “progressive agenda of any president in generations,” and that he looked forward to his continuing engagement with “progressive leaders.” It described Summers as part of a “large and well-rounded informal network of experts” who did not hold formal positions on the Biden team.

Summers played his part in this new pantomime, issuing a statement that he and Biden had been “friends for a long time,” but he did not have any formal relationship with his campaign.

Given the role the Summers has played in the leading circles of the Democratic Party and in both the Clinton and Obama administrations, whether he has a “formal” role in Biden’s team is very much a semantic point.

Summers’ public career began as staff member on the Council of Economic Advisers from 1982-1983, during the Reagan administration. In 1988 he was an economic adviser to the Democratic Michael Dukakis presidential campaign.

In 1991 he left his position at Harvard to become chief economist for the World Bank. While there, he signed a memo, authored by another economist at the bank, Lant Pritchett, which said that “the economic logic behind dumping a load of toxic waste in the lowest wage country is impeccable and we should face up to that.” When the memo was leaked, creating a storm of controversy, Summers and Pritchett said it was intended as “sarcasm” and it had been doctored to discredit both Summers and the World Bank.

In 1993, Summers was appointed undersecretary for international affairs in the Clinton administration and then moved to the Treasury Department. In 1995, he was promoted to deputy secretary of the treasury under his political mentor, the banking executive (Goldman Sachs and Citigroup) Robert Rubin.

The 1990s was a crucial decade in the development of American finance capital. In the 1980s, it might have been argued that criminal activity in the financial system was the product of “rogue” individuals such as Ivan Boesky and Michael Milken, recently pardoned by US president Trump.

What took place in the following decade was the institutionalization of the methods they had pioneered. Following the stock market crash of October 1987, the Federal Reserve Board, under its newly appointed chairman Alan Greenspan, took on a new role. Its task was not to prevent financial bubbles, but to pour money into Wall Street when they burst, facilitating the creation of the next one.

This led to a series of bailouts, stretching from the Mexican crisis in 1994 to the collapse of the hedge fund Long-Term Capital Management in 1998 and the hi-tech meltdown of 2000-2001.

Summers was at the very center of this process. Taking over as treasury secretary from Rubin in 1999, he helped steer through legislation that repealed key sections of the Glass-Steagall Act of 1933, which had imposed restrictions on banking activities, separating commercial banking from investment banking.

Hailing the new legislation, Summers declared: “Today Congress voted to update the rules that have governed financial services since the Great Depression and replace them with a system for the 21st century. This historic legislation will better enable American companies to compete in the new economy.”

The 21st century rules played no small part in helping to create the conditions for the financial crisis of 2008, as did another initiative of Summers. He played a leading role in shooting down proposals to regulate financial derivatives, which also played a significant part in setting off the financial meltdown of 12 years ago.

But Summers’ role was hailed by the political and media establishment, and on February 15, 1999 his picture appeared on the cover of Time magazine, along with those of Rubin and Greenspan, under the headline “The committee to save the world.”

While serving in the Clinton administration, Summers was the one of the leading advocates of the privatisation of the economy under the Yeltsin regime in Russia, which created the wealth of the post-Soviet oligarchs while impoverishing the working class of the former USSR.

But Summers’ role did not end there. He also counselled against the US playing any leading role in action on climate change and opposed the US signing up to the Kyoto Protocols.

In the California energy crisis of 2000, Summers, together with Greenspan and Enron chief executive Kenneth Lay, told California Governor Gray Davis that the problem was caused by excessive government regulation and demanded that he relax environmental standards to reassure the markets.

Every year at the end of August, central bankers from around the world come to Jackson Hole, Wyoming for a conclave to discuss banking and the role of finance. The 2005 gathering was to be a very auspicious occasion as it was the farewell for US Fed Chairman Alan Greenspan, the supposed maestro of central banking.

However, there was a dissenting voice from the chorus of hosannas. The International Monetary Fund chief economist and director of research, Raghuram Rajan, had intended to present a paper explaining how the changes made under Greenspan had made the world financially safer. However, his research found that new instruments, such as credit default swaps enabling financial firms to rake in big profits, could lead to a collapse.

“The interbank market could freeze up, and one could have a full-blown financial crisis,” he wrote.

Summers was in the front ranks of those who piled in against this prescient warning about what was going to take place just three years later. He told the gathering that he found “the basic, slightly Luddite, premise of this paper to be largely misguided.”

One might have reasonably expected that, given what subsequently took place, this would have spelled the end of Summers’ career as an economic adviser. Not at all.

In January 2009, he was appointed as the head of Obama’s National Economic Council, a post he held until November 2010. In his new position he was a key figure in organizing the massive bailouts for Wall Street while opposing measures to ease the plight of millions of families that could not meet their home mortgages payments.

In April 2009, a controversy arose when it was revealed that the previous year he had been paid millions of dollars by financial firms. He had received $5 million from the hedge fund D.E. Shaw and $2.7 million in speaking fees from Wall Street firms that had received government bailout money. But this did not prove an obstacle to his continuing in the post.

His record has now provoked mouse squeaks of opposition from Sanders’ supporters about his role in the Biden campaign because it makes their job of burnishing the “progressive” credentials of the Democratic nominee more difficult. But they will fall into line. After all, Sanders himself has said it would be “irresponsible” not to back Biden.