Legendary rock ’n’ roll singer and pianist Little Richard died from bone cancer May 9 at the age of 87. As one of the leading figures in rock ’n’ roll when it emerged as a distinct musical form in the mid-1950s, Little Richard played a significant role in shaping the genre and left an indelible influence on the world of music and pop culture in the decades that followed. 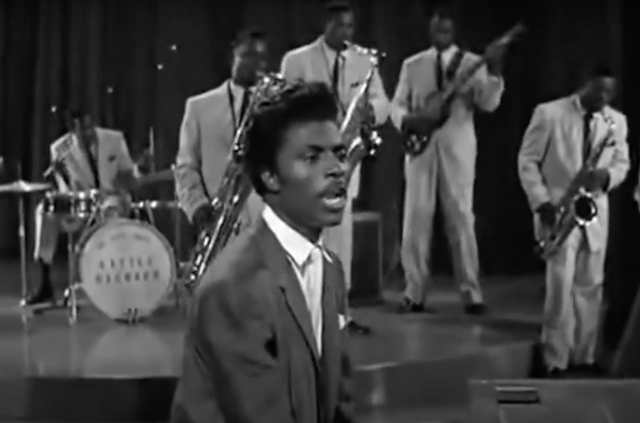 Little Richard in the 1950s

Richard Wayne Penniman was born December 5, 1932, in Macon, Georgia. He grew up poor in a family with 12 children. His parents were deeply religious and heavily involved in their local Baptist church, but they also maintained attachments to more earthly concerns. In addition to his role as a church deacon, Richard’s father was a moonshiner and a nightclub owner. This kind of split personality, in which religious morality concealed a more complicated, often illicit truth, was a conflict that would only be intensified in Little Richard.

The future singer and musician was the ultimate outsider. Besides his poverty, Little Richard was black in the segregated American south, and he was gay in a conservative Baptist community that denounced such things in no uncertain terms. The unconventional and defiant persona he adopted as a performer—effeminate, self-aggrandizing and wild—was undoubtedly a response to this, conscious or not. If he was forced to be an outsider, Richard seemed to be saying, then he was determined to be all the way outside. This was more personal than political, but the implicit challenge to the status quo and official morality that Little Richard embodied animated his music and, in part, explains his enduring appeal.

Like many of the R&B performers of his generation, Richard first sang in church. His initial attempts at a career in music came at the end of the 1940s, when he performed with regional medicine shows, essentially touring variety shows sponsored by one or another dubious miracle drug. Richard gradually found his way into the R&B world, performing with or befriending the likes of Johnny Otis and Billy Wright, whose look Richard borrowed for his own.

Richard’s first recordings of R&B music for the RCA label in the early 1950s failed to attract more than local attention. He continued to work as a musician, but could not support himself through music alone. He was working as a dishwasher in a Greyhound bus station when the independent Specialty Records label heard his demo and decided to record him in 1955. The results are legendary.

“Tutti Frutti” introduced Little Richard to the world. It was an unlikely hit. Richard had long performed another version of the song featuring sexually gratuitous lyrics. Cleaned up for the recorded version, the song retained enough suggestiveness that the suggestion seemed more like a recommendation. 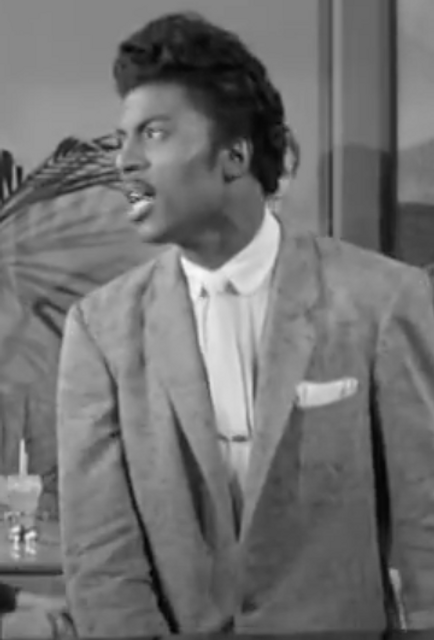 The framework in which the enticing, though not profound, lyrics found a home was an explosive performance by Richard and his backing musicians. Richard’s attack on the piano was at times so insistent and even violent that the listener imagined him playing the instrument with balled up fists. Drummer Earl Palmer, who transitioned the music away from the swing feel of jazz and R&B bands and into the firm backbeat that became the signature of rock ’n’ roll, gave this and other Richard songs a distinctive groove. Lee Allen’s saxophone soared above it all, concise and confident.

Then there was Little Richard’s voice itself. He was shouting more than singing, punctuating his lines with the now-famous falsetto exclamations that the Beatles would imitate on their own recordings of the 1960s. He typically introduced Allen’s saxophone solos with a lacerating scream.

This was the basic formula that most of Richard’s greatest hits were built upon. It was exciting every time. Among his best recordings were “Long Tall Sally,” “Rip It Up,” “Slippin’ and Slidin’,” “Good Golly, Miss Molly,” “Ready Teddy,” “Lucille,” “Jenny, Jenny,” “The Girl Can’t Help It,” “Keep A-Knockin’” and “Kansas City/Hey-Hey-Hey-Hey!”

It was not so much the lyrics but the liberating energy of the music that mattered. Of the many performers associated with 1950s rock ’n’ roll, none seemed quite as wild or eccentric as Little Richard. He wore his hair in a tall pompadour, liberally applied pancake makeup on his face, wore a pencil-thin mustache above his lips and black eyeliner. He might be found seated at his piano or standing on top of it.

While they may not have been profound, the suggestiveness of many of the lyrics did reinforce the impression, cultivated by Richard throughout his career, that the singer was someone who had seen the things no one was supposed to see and heard the things that no one was supposed to talk about. His own life was lived as a dramatically open secret. His witty exchanges with countless interviewers always threatened to reveal just a little more than the listener was prepared for.

Little Richard’s music coincided with and found a large audience in the new teenage culture of the 1950s. It also contributed to changing attitudes in race relations. A frequently cited passage from Charles White’s biography The Life and Times of Little Richard is worth citing again. “With Richard,” music producer and arranger H.B. Barnum explained, “although they still had the audiences segregated in the building, they were there together. And most times, before the end of the night, they would all be mixed together.” Little Richard’s music grabbed people by the collar and hurled them across the “color line.”

The first wave of rock ’n’ roll led by Little Richard and a few others ended swiftly, as many of the genre’s leading figures had their careers interrupted or their lives cut short. Chuck Berry was thrown in prison in 1960 under the Mann Act. Elvis Presley was drafted into the army in 1958. Jerry Lee Lewis was caught up in a sex scandal, also in 1958, which saw him vilified internationally. Buddy Holly died in a 1959 plane crash that also claimed the lives of Ritchie Valens and the Big Bopper. Eddie Cochran died in a car accident in 1960.

For his part, Little Richard abandoned his rock ’n’ roll career in 1958, retreating into the church and gospel music. This began a lifelong cycle in which he would transition back and forth between the secular world of rock ’n’ roll and his religious life.

Offers to perform in Europe in the early 1960s, where up-and-coming rock musicians idolized and imitated him, drew him away from gospel music for the first time. Opening acts on his famously rowdy 1960s British tours included The Beatles and The Rolling Stones. Some of Little Richard’s bands of this period included guitar legend Jimi Hendrix and keyboardist Billy Preston.

None of Richard’s later recordings had the power or influence of his work from the 1950s, but his live performances retained their ferociousness for decades. Like many of his contemporaries, Richard was cheated out of music royalties and never saw the financial success that later generations of rock stars would achieve. He was always quick to remind interviewers and other musicians of his role in the music’s history, and the extent to which subsequent generations of musicians had copied his moves. From Elvis Presley and the Beatles to James Brown and Prince, Little Richard is always there somewhere in the music he helped to invent.

His brief but explosive contribution of the 1950s endures.