Anger simmers over restart of production by Detroit automakers

With Detroit automakers set to restart North American auto factories next Monday, workers are expressing anger over the gang up of big business politicians, corporate CEOs and the unions pushing for a premature return to work despite the continued spread of the deadly COVID-19 disease.

In Michigan, a center of US auto production, there have been over 47,000 cases and more than 4,500 deaths as of Tuesday, over 200 just since the weekend. At Fiat Chrysler alone 22 workers have died of COVID-19 since the outbreak of the pandemic and many more sickened. At least 11 Ford workers and one contract worker for GM have also died.

Michigan Democratic Governor Gretchen Whitmer gave the green light to restart manufacturing in the state on May 11 and many auto parts plants reopened this week with assembly plants set to start operations on May 18. This despite the fact the governor extended her stay-at-home order through May 28. 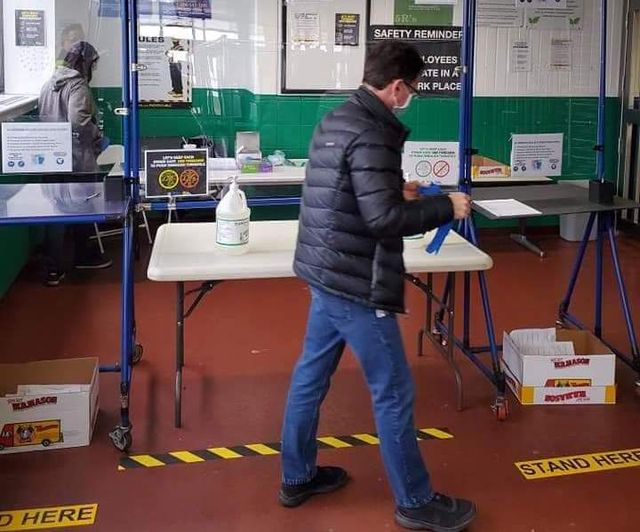 Jefferson North being prepped for restart

The safety measures being implemented by the Detroit auto companies in the factories are cosmetic and will not mitigate the potentially devastating consequences of a reckless, premature return to work. These include temperature checks, health questionnaires and the issuing of surgical masks. The United Auto Workers has endorsed this charade, heaping praise in particular on Governor Whitmer, whose craven kowtowing to the auto companies places the lives of countless thousands at risk.

A veteran worker at the Jefferson North Assembly Plant told the World Socialist Web Site Autoworker Newsletter, “I don’t see how they are fighting for our safety and they are only giving out two masks for the entire shift. They are reopening too fast.”

She said the proposal for temperature checks offered little protection since many who are infected show no symptoms. “There is a young woman whose brother passed away from the coronavirus, yet he did not have a fever or headache, just a cough. Nobody knew he had the coronavirus. That is how it is going to be at work, we may be standing next to someone who is infected and doesn’t even know it.”

A worker at the Fiat Chrysler Tipton, Indiana, transmission plant wrote to the Autoworker Newsletter, saying, “at the Tipton transmission plant that I work in they are still making everyone use the one and only entrance doors and our cafeteria is a damn joke, it’s about the size of a closet and we are still overlapping shifts, which is very, very dangerous.”

In announcing the new protocols. management and the UAW are preparing the ground for an attempt to shift the responsibility for maintaining health and safety from the company to the workers on the grounds of “personal responsibility.” Meanwhile, the National Association of Manufacturers and several auto industry lobby groups are asking Congress to lift any legal liability from companies who sicken and kill workers.

The transmission plant worker noted, “There are farm animals that are treated better than this and the [Human Resources] department is unbelievable, how they condone a hostile work environment; they actually tell the workers to report other workers.” 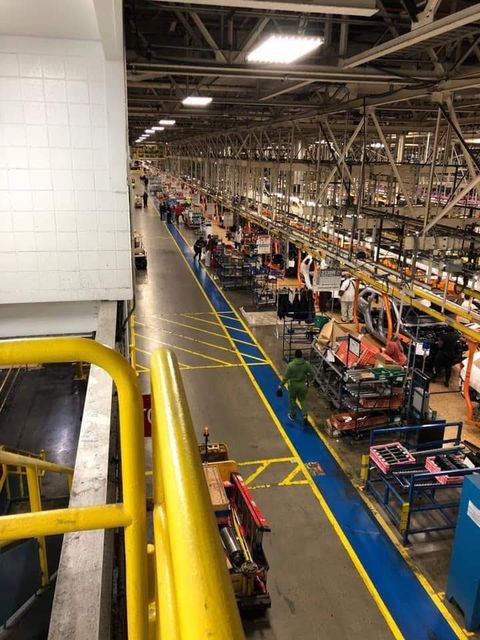 Inside of Jefferson North following walkout in March

In a press release, Scott Garberding, Fiat Chrysler global chief manufacturing officer, told workers, “You are a key part of successfully resuming operations. In this new environment, we all need to take responsibility for our own safety and that of the people around us. An effective start-up will require detailed understanding, teaching, coaching and patience from all of us.”

Key to the supposed safely protocols adopted by the auto companies is the self-reporting of illness. However, it is not possible to isolate and quarantine infected workers without an aggressive program of testing and contact tracing, none of which is in place.

Further, enormous financial pressure to return to the factories is being applied to workers, who can ill afford to stay home even if they think they may be infected. The Jefferson worker told the Autoworker Newsletter, “people have to go to work to get paid, their unemployment may be about to run out, so they are not going to just come back and say they are sick.”

She noted that workers who did not want to return to work had few options: “They put this paper out saying you can take an unpaid personal leave of absence, or if you have underlying conditions you can have your doctor take you off and be paid using sickness and accident benefits.” She said workers could also try to get a note from their doctor if they have family members who are at high risk living with them. The catch-22 is that the pandemic has forced the cancellation of most routine doctor’s exams, making it very hard to get the needed paperwork.

Despite this, management officials and the UAW are very nervous over workers’ reactions to being herded back into the factories amidst the continuing pandemic. The Jefferson worker expressed the sentiments of many, “They are using us as guinea pigs … If a worker dies today, they have another worker to replace them tomorrow.”

In particular, workers have been incensed by the fact that the UAW is requiring COVID-19 testing for all International staff reporting to work at the Solidarity House headquarters and joint training centers, while not mandating testing for plant workers. In a statement posted on the UAW website, President Rory Gamble noted the large number of angry posts on Facebook.

The UAW sought to deflect anger by presenting the testing of top UAW officers as a way to pressure for testing in the plants. “We must lead by example in this unprecedented situation,” Gamble wrote cynically. The auto bosses have rejected out-of-hand any testing of employees, with former Ford CEO Mark Fields saying it was “impractical.”

Despite the intense propaganda campaign being waged on all fronts, there is still nervousness in official circles over the attempt to force workers back into the plants. The UAW and the Detroit Three auto companies well recall the wildcat walkouts in March by workers at auto plants in the US and Canada that forced the seven-week shutdown of auto production. Workers in northern Mexico also struck after the disease killed dozens at supplier plants like Lear in Ciudad Juárez.

While these walkouts were an important initiative, they were largely spontaneous and uncoordinated. The World Socialist Web Site and the Autoworker Newsletter call for workers to establish a network of rank-and-file factory and workplace committees independent of the UAW to safeguard the health and safety of workers. These committees should fight for a halt to all non-essential production until COVID-19 is decisively contained. In the meantime, workers must insist they be guaranteed an income sufficient to maintain themselves and their families.

The UAW has been seriously discredited after decades of concessions and the exposure of massive corruption in the leadership. On Thursday, former UAW President Gary Jones will be arraigned in US District Court on charges of embezzling more than $1 million in concert with other union officials. This follows a string of indictments of UAW leaders charged with taking payouts from the auto companies to impose rotten contracts.

The Detroit Free Press quoted one UAW official, Todd Dunn, president of UAW Local 862, which covers 14,300 workers at the Ford Kentucky Truck Plant and Louisville Assembly. “There’s uncertainty, they’re worried,” Dunn said. “Will my glasses fog up when I’m wearing a face mask? Will the face shields work? There are questions, concerns about how this is going to impact workers up line and down line. I mean, what’s the line speed going to be?”

In an attempt to tamp down opposition, Ford and the UAW jointly produced a slick video aimed at pacifying workers. Featuring UAW Vice President Gerald Kariem and top Ford officials mouthing platitudes over their supposed concern for health and safety, the video uses soothing images and music in an attempt to lull workers.

At one point, getting to business, Kariem declares, “It is a delicate balance between saving our lives and saving our livelihoods.” The cold-blooded declaration that human lives must be measured against the economic cost summarizes the real thinking of the corporate elite and their UAW servants. It recalls the notorious warning by President Donald Trump that “the cure can’t be worse than the disease,” in relation to measures to protect the population against the spread of COVID-19.

Indeed, from the day the COVID-19 pandemic erupted, the focus of the ruling class has been on protecting its wealth, not the safety of the public. This was demonstrated in the government financial bailout which provided literally trillions for the corporations and Wall Street banks, but only a pittance for workers and small businesses. Now the ruling class is determined to pump vast amounts of surplus value out of workers to pay for the bailout, no matter how many workers die.

The pandemic has exposed in the sharpest light the conflict between the profit demands of the rich and the defense of the health and safety of the broad masses of the population. The fight for a rational and humane solution to the COVID-19 crisis means a fight against capitalism and the subordination of society to the banks and corporations. It poses the need for the seizure of the wealth of the super-rich investors and the conversion of the transnational corporations into public utilities under the democratic ownership and control of the working class.

“We’re only getting $1,200,” the Jefferson worker said, referring to the pathetic one-time stimulus checks issued by the government to workers. “There is something wrong with that. They are protecting the rich. The US government approved trillions to help business and Trump’s son-in-law could get millions. They approved money for small businesses in April and by the first week of May they were out of money. They gave it all to the rich.”

Capitalist economics and the politics of death
[11 May 2020]