The German auto industry is using the coronavirus crisis to implement its long-planned transition to electro-mobility and digitalisation. Its main partner is the company union, the IG Metall, who provide the apologies and justifications for the destruction of hundreds of thousands of jobs.

On Monday the German business newspaper Wirtschaftswoche wrote that the COVID-19 crisis could provide a “healthy shock” to the auto industry, i.e. healthy for shareholders and a shock for the workforce.

The German Statistical Office reported a decline in industrial production in March of 9.2 percent compared to the previous month—the largest decline since the collection of statistics began in 1991. The auto industry was particularly affected, with production falling by over 31 percent. German exports collapsed accordingly at the beginning of the coronavirus crisis. April is likely to provide even worse figures, with car production almost completely at a standstill. 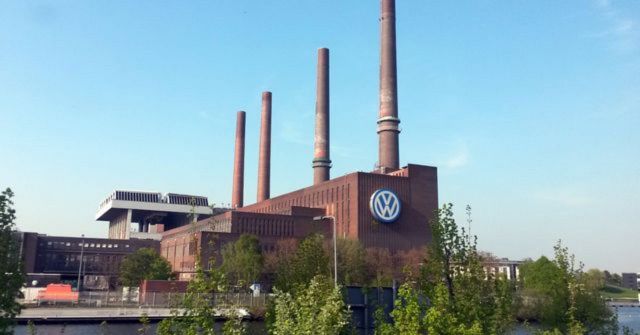 Governments worldwide have responded to the crisis by making trillions available to banks and businesses while workers are laid off or forced onto short-time working, involving drastic wage cuts. In Europe (including the UK and Switzerland), 50 million people were put on short-time working at the end of April, most of them in France (11.3 million applications for unemployment insurance), Germany (10.1 million) and Italy (8.3 million).

The big car companies in Germany stopped production not out of consideration for the health and lives of their employees, but rather due to the disruption of supply chains. Particularly in Italy, but also in other countries, workers at companies supplying the auto industry refused to go to work due to the corona pandemic.

It was primarily German industry heads—their corporate boards, unions and the government in Berlin—that pressured for a return to work across Europe although workers’ lives are at risk. The premier of the German state of Lower Saxony, Stephan Weil (Social Democratic Party, SPD), who sits on the supervisory board of Volkswagen and collaborates on strategy for Europe’s largest industrial concern, stressed: “We have to return to normality.”

At Volkswagen, the powerful IG Metall works council has set out plans for a resumption of production in two to three weeks. In Germany and many other countries, the company’s 630,000-strong workforce is gradually returning to assembly lines. Workers belonging to high-risk groups, such as asthmatics, are also expected to start work. The same process is taking place at VW’s numerous subsidiaries such as Audi, Skoda and Seat. Cars have been rolling off the assembly line at Porsche in Leipzig since Thursday of last week.

The cars currently being built, however, are not selling. In April, new auto registrations in Germany fell 61 percent year-on-year.

VW is consequently already cutting back production. At its main plant in Wolfsburg, production of the SUV Tiguan, as well as the Touran and SEAT Tarraco models, is due to be stopped for four days in May. Work shifts have also been cancelled for the company’s most successful model, the new Golf 8. The Wolfsburger Nachrichten reported on Tuesday that Volkswagen had applied for short-time working as a precautionary measure for the entire second quarter of this year.

BMW and Daimler have also announced that they will compensate for expected losses by punishing their workforces. At Daimler, the axing of 10,000 jobs announced some months ago is to be expanded and accelerated to 15,000.

BMW also reported last week that it would cut jobs. According to CEO Oliver Zipse, sales in April dropped by 44 percent. The commissioning of a new plant in Hungary has been postponed and 5,000 to 6,000 of the company’s approximately 130,000-strong workforce will lose their jobs. Vacancies will not be filled, temporary contracts will not be extended, and temporary workers will be fired. The works council and IG Metall have approved all these measures with the argument that “compulsory redundancies” have been avoided.

The impact of the crisis on suppliers will be even greater. They lack the billions of euros held in reserve by the big manufacturers. Tens of thousands of jobs are at risk.

Major suppliers such as Bosch, Continental and Schaeffler are currently at a standstill in many factories around the world. At Continental, the world’s second largest auto supplier after Bosch, 30,000 were placed on short-time work in April in Germany alone. In the meantime, the company’s operations have gradually restarted. The Dax registered group reported last week that profits in the first quarter had almost halved to a “mere” 292 million euros [$US315 million].

The supplier Schaeffler announced that the group now intends to cut 1,900 instead of the planned 1,300 jobs in Europe—“on a voluntary basis.” The manufacturer of transmissions, drive belts and couplings employs more than 86,000 workers in 50 countries around the world.

The subsidiary of the world’s largest automotive supplier Bosch, Bosch AS GmbH (steering technology), plans to cut at least 2,100 jobs. According to IG Metall and the works council, another 400 will be shed due to the corona crisis.

Two weeks ago, the Thyssenkrupp concern announced that it would close one of its auto parts plants and cut more jobs. The company reported a loss of 948 million euros from January to the end of March. In the past six months, the company has lost 1.3 billion euros and more than 30,000 of Thyssenkrupp’s 162,000 workers are currently on short-time work.

In its auto parts division, the concern plans to cut around 500 of its 3,400 jobs worldwide. The Olpe plant with 330 employees will be shut down at the end of 2021, and 160 jobs are to be shed at the company factory in Hagen. The two factories in North Rhine-Westphalia belong to the company’s Springs and Stabilizers division. The factory works councils are currently working on implementing the cuts via a “social plan.”

In view of the current decline in production and sales, manufacturers are demanding additional billions in subsidies and tax breaks, which will be paid for by the population at large in the form of new cuts to wages and social gains.

The auto companies have already received hundreds of millions of euros for the hundreds of thousands of workers on short-time. VW boss Herbert Diess, Daimler boss Ola Källenius and BMW boss Zipse are now demanding that the government quickly agree on publicly funded rebates for the purchase of new cars.

Protests against such a move are growing. In the first place the few thousand euros made available by the government for the purchase of an auto costing between 30,000 to 40,000 euros will only aid those buyers who can afford such a vehicle in the first place. Secondly it is obvious that an industry is being subsidised that does not need it. Unlike the auto bosses, the majority of the working population do not think that society as a whole is totally dependent on the well-being of the auto executives.

In this situation IG Metall plays a crucial role. The union provides the formulations and mechanisms with which the government can sell its subsidy bonus scheme announced for early June.

IG Metall boss Jörg Hofmann emphasised in an interview with the Handelsblatt this week that “there is no doubt that vehicle construction plays a key role.” If it fails to come out of the recession, then mechanical engineering, steel, parts of the chemical industry and other industries will also fail. “They are too dependent on this leading industry.”

Hofmann rejects any generous support for hotels and restaurants. In those branches you can “flip the switch” when health considerations permit. The demand is there, it is all a question of offering some bridging aid to prevent bankruptcies.

The auto industry, on the other hand, needed genuine “impulses”…and quickly. Hofmann also supports the new purchase subsidies. It only had to be justifiable ecologically and also apply to “low-emission combustion engines” because “a premium only for electric autos is of no use,” since it would not be possible to make sufficient e-autos to satisfy demand. A premium must therefore also include those parts of the industry that “work on combustion engines.” The union leader is clearly referring solely to German manufacturers.

IG Metall is demanding billions for an industry swimming in money. Daimler, VW and BMW have made 66 billion euros in profit before taxes in the past two years. Despite all the provisions made for dealing with the industry’s diesel scandal, the major auto concerns are still sitting on billions—Daimler alone has over 68 billion euros in ready funding. The three German manufacturers want to please their shareholders with a total dividend of almost 6 billion euros this year.

That is precisely why we see subsidies as a “purchase incentive” Hofmann said. “Otherwise it is not socially feasible.” The trade union purchase bonus does not differ in content from that of the auto giants. IG Metall only proposes some cosmetic ecological requirements to more effectively enforce the policy.

Protecting the health, jobs and incomes of all workers is proving impossible in capitalist society, which subordinates every aspect of economic life to the enrichment of a financial oligarchy. The Socialist Equality Party rejects a return to work as long as protection against the dangerous virus cannot be guaranteed. In the meantime, all workers must receive an income guaranteeing their families a decent standard of living.

Instead of government aid, we call for the expropriation of all major banks and corporations, their transformation into democratically controlled public companies and an increase in taxes on the incomes and speculative profits of the richest five percent of the population to at least 90 percent.