During an interview on CNN’s “State of the Union” with Jake Tapper on Sunday, Health and Human Services Secretary (HHS) Alex Azar implied that the reason the US leads the world in COVID-19 deaths is due to the “diverse” nature of the US population and not the government's inability to implement an effective testing and contact tracing program in the early months of the outbreak. 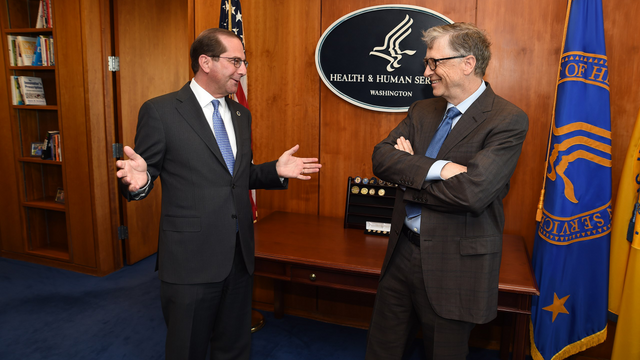 Azar’s comments are indicative of the attitude of the ruling class as a whole towards the pandemic. Unable to mask their criminal indifference to mass suffering and death, their only recourse is to blame those suffering the brunt of the fatalities and disease, while at the same time revealing their own backward thinking.

Tapper had asked the HHS secretary about the US having the highest death toll: “But it's worse for us than it is for anyone else.” Azar protested, citing “mortality rates,” to which Tapper replied, “I'm just looking at the number of dead bodies.”

This statement leaves little to the imagination. If African-Americans and other minorities suffer disproportionately from coronavirus, Azar is saying, it’s their own fault, not Trump’s.

As the WSWS has explained, the reason for the increase in death rates among urban populations, regardless of skin color, is mass poverty and inequality. The fact that so many deaths have been among African-Americans suffering from “comorbidities,” that is, multiple underlying health conditions, is a product of the capitalist system, which Azar defends.

The Trump aide was on the program to defend the administration’s handling of the pandemic. He echoed the rest of the bipartisan political leadership in encouraging the reopening of the economy and with it the lifting of many lockdown orders, against the advice of medical professionals within the administration such as Dr. Anthony Fauci.

He cited the rise in suicide and other social evils accompanying the lockdown to claim that the decision to reopen was not “health vs. the economy. It's actually health vs. health.” He was not asked, nor has any Trump apologist ever explained, why the administration has never cared about the negative social consequences of plant shutdowns and mass layoffs before, instead labeling them the “free market.” It is only when the coronavirus disrupts corporate profit-making that Trump & Co. become concerned about the suffering of displaced workers.

Azar is a lawyer, not a medical man or public health expert. He was general counsel for the Department of Health and Human Services (HHS) and then deputy secretary during the George W. Bush administration, before transitioning to a highly paid lobbying position at Eli Lilly, the giant drug company, where he was senior vice president of corporate affairs and communications.

Over the next ten years, he rose to the position of president of Lilly USA. In that capacity, he managed the company's drug portfolio in the US market. During his reign, prices for life-saving medications such as the insulin drug Humalog increased by more than 100 percent, from $125 for a prescription in 2012 to more than $250 when he left.

As leader of the HHS, a massive agency with a $1.3 trillion budget, Azar’s primary responsibility was to coordinate efforts between the Food and Drug Administration (FDA) and the Centers for Disease Control (CDC) in developing the government's response to the pandemic, which included developing an effective coronavirus test that could be quickly rolled out nationwide.

To assist in this critical task, Azar appointed his personal chief of staff, a 37-year-old Austin, Texas-based labradoodle breeder named Brian Harrison, to lead the HHS’s day-to-day response in combating the pandemic. As with Azar, Harrison has no background or formal education in medicine. Describing the new hierarchy imposed by Azar to National Public Radio, an unnamed HHS official remarked: “Everyone had to report up through him [Harrison].”

As evidenced by the grim statistics, the Trump administration has failed to implement an effective testing and contact tracing program, which to this day is the main reason the virus has been able to spread unchecked throughout the country. But Azar thinks the administration deserves a medal, stating, “our goal is to delay the curve and to flatten the curve. And that is exactly what we did… And that's what's enabling us now to do as we have talked about, move towards reopening and getting back towards a normal state.”

Azar, as with the rest of the political leadership, continues to mislead the public on the threat of the virus and of the government's preparedness. Throughout the interview, Tapper questioned the lack of effective, instant testing at workplaces such as meat factories or in prisons, two environments that have proven ideal environments for the virus to spread.

“When are we going to be able to—doing widespread broad-based surveillance testing and contact tracing for every American?”

Azar responded, “We are, in fact, doing that now. We have had over 10 million tests done.”

This is another pathetic lie. In a country of over 330 million people, testing only 10 million people would be grossly insufficient to effectively track and quarantine the virus. In addition, when one considers that some individuals are being tested more than once, and even daily, like those who are in close proximity to the president, or those wealthy and connected enough to demand it, and these numbers are an indictment of the capitalist system.

What is behind the high percentage of COVID-19 deaths among African Americans?
[13 April 2020]