“Lost our connection after the war”

Once Were Brothers: Robbie Robertson and The Band—a documentary film

Once Were Brothers—Robbie Robertson and The Band is a valuable documentary about the legendary American popular music group named in the title. It is largely based on guitarist-songwriter Robbie Robertson’s personal narrative of his involvement with the group. The film, directed by 26-year-old Canadian filmmaker Daniel Roher as his first feature, was screened at the opening gala of the 2019 Toronto International Film Festival (TIFF) last September.

Executive producers Martin Scorsese, Brian Grazer and Ron Howard helped make the project a high-powered venture. The film’s roll-out into theaters was disrupted by the outbreak of the coronavirus pandemic, and subsequently it was made available for online rental. 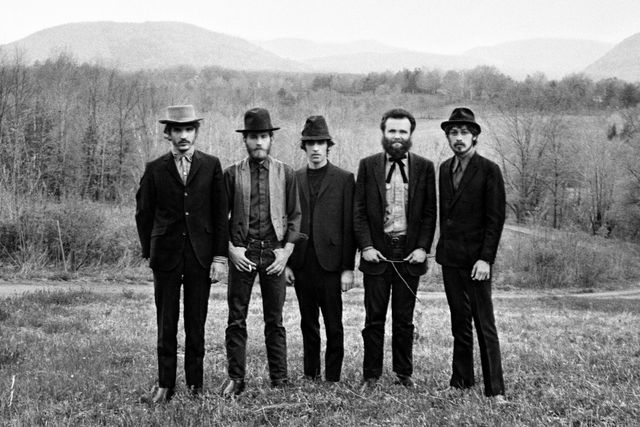 The Band (left to right): Rick Danko, Levon Helm, Richard Manuel, Garth Hudson, and Robbie Robertson in ONCE WERE BROTHERS: ROBBIE ROBERTSON AND THE BAND, a Magnolia Pictures release. Photo © by Elliott Landy.

“The Band” was the name chosen by its five astonishingly talented members, Robbie Robertson, Levon Helm, Rick Danko, Richard Manuel and Garth Hudson, at the time of the release of their debut album, Music From Big Pink, on July 1, 1968. Helm was from Arkansas, the other four grew up in Southern Ontario.

Anyone old enough by the summer of 1968 to be conscious of events will remember the upheavals rocking the political landscape. Younger people with a historical awareness will surely have some knowledge of them as well. On March 31, 1968, US President Lyndon B. Johnson, in the face of mounting antiwar sentiment, shocked the country by announcing he would not seek re-election. Only weeks before the release of Music From Big Pink, Robert F. Kennedy, by then a leading candidate for the Democratic Party presidential nomination, was assassinated.

Dr. Martin Luther King, who had come out strongly against US intervention in Indochina, was in Memphis, Tennessee, in support of the sanitation workers strike when he was assassinated in early April. Inner city rebellions exploded in major US cities after King’s murder, as they had the year before, dubbed the “Long Hot Summer of 1967.” 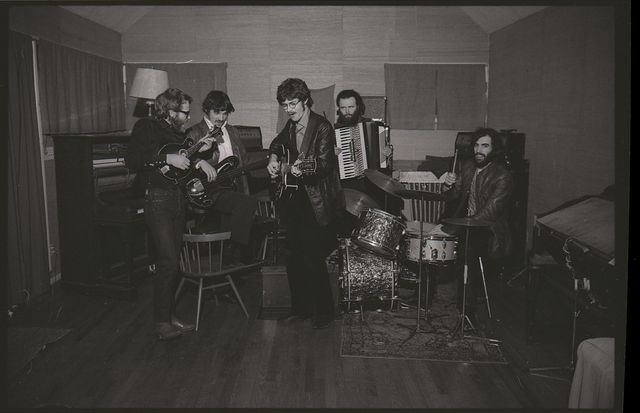 The French General Strike of May-June brought millions of workers and students out in a revolutionary struggle against the government. These were explosive days.

Where the Band’s members were situated or situated themselves in this process is a complex issue. In Once Were Brothers, Robertson refers to a revolution in music, but the social and historical context is only vaguely implied with a reference to “our leaders being assassinated.” However, there is no doubt that many admirers in 1968 saw them as addressing the times, directly or indirectly, in a musically developed, principled and “traditional”-popular manner.

The group had performed together for well over five years before emerging as the Band. Despite their youth—Hudson, in his late twenties, was the oldest and Robertson, in his teens when he joined, the youngest—they became veterans on and off the road, playing nightclubs and bars up and down the Mississippi and in Southern Ontario as Ronnie Hawkins and the Hawks.

Hawkins, a veteran Arkansas-born rock ‘n’ roll musician, was highly competitive and always had his eye open for musicians with “poe-tential.” He wanted the best-looking and most talented band around in order to compete with the likes of Conway Twitty and Carl Perkins. There is no question that Robertson at an early age was a gifted and hard-working musician. One problem Hawkins faced was that his band’s gigs were in nightclubs and Robbie was too young to be admitted legally. 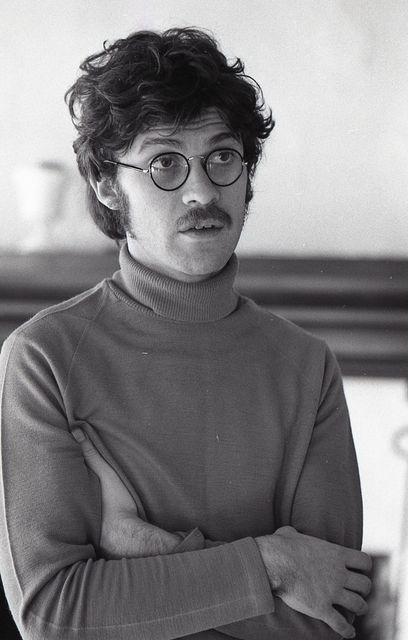 Robbie Robertson in ONCE WERE BROTHERS: ROBBIE ROBERTSON AND THE BAND, a Magnolia Pictures release. Photo credit: © David Gahr.

The four Canadians and one Arkansan eventually wanted to move on to other things, so, parting company with Hawkins, they became known as Levon and the Hawks, and then simply The Hawks. Following connections in the recording industry, the likes of producers John Hammond and Henry Glover, they crossed paths with Bob Dylan in the summer of 1965. Dylan had recently created controversy by headlining the Newport Folk Festival that July with a group of electric rock musicians backing him. He had heard that the Hawks were an exceptionally tight band and approached them in Toronto to tour with him as his backup group.

Starting in September through March 1966, every concert Dylan performed was met with booing, the hurling of insults and at times other things when the Hawks took the stage. Dylan took it as a challenge, but it was a demoralizing experience for the Hawks. So much so that Levon quit and traveled to New Orleans to work on an offshore oil rig. In the aftermath of that tour, the remaining Hawks found a house near Woodstock, New York, nicknamed “Big Pink” (after the color of its siding) to serve as a haven in which to create music. Improvising a rough recording studio in the basement, the musicians turned the house into an artistic incubator.

With regular visits from Dylan, the band worked together as artistic equals, in a way which was based on trust and respect for each others’ talents. The music that resulted from this intimate collaboration in Music From Big Pink, stripped down, intense and well-crafted, was different from nearly everything else at the time. The album was the antithesis of the psychedelia, long (and loud) guitar solos and self-indulgence prominent in contemporary popular music. It was instantly appreciated by audiences as that. When British guitarist Eric Clapton got his hands on a pre-released acetate copy, he immediately quit his band, Cream.

The Music of the Band has been described as “roots rock,” “country rock,” “Americana,” but the Band members called their music just “rock and roll.” 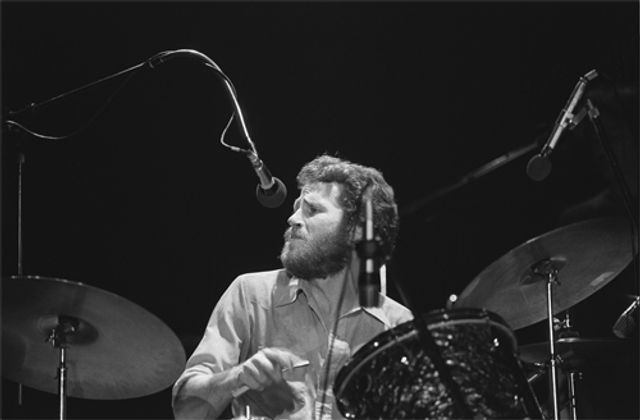 The immediate inspiration for Roher’s Once Were Brothers was Robertson’s book, Testimony, his 2016 memoir, roughly spanning the 33-year period from his birth until the final concert of The Band, on Thanksgiving, 1976—promoted as “The Last Waltz” and documented in the 1978 film of the same name directed by Scorsese. In an interview, Robertson expressed the hope that Once Were Brothers would become a companion piece to The Last Waltz. While the film can be viewed uncritically as a fascinating and poignant narrative of one of the most influential popular music groups in recent history, Once Were Brothers is also a narrative told from Robertson’s sometimes sanctimonious and defensive point of view.

The title of his memoir is an indication that it was written, at least partially, as a response to the claims made by Levon Helm in his book This Wheel’s on Fire, first published in 1993. Helm succumbed to throat cancer in 2012, the third of the five band members to die since their final concert as a group. Richard Manuel had hanged himself in a motel while on the road in 1986 and Rick Danko died in his bed in 1999, officially due to (alcoholism and) heart failure, but Helm, in a 2000 afterword to his book, insisted that Danko worked himself to death because he was denied the money he was, or should have been, entitled to.

In Once Were Brothers, Robertson attests: “The story of the Band is beautiful. It was so beautiful it went up in flames.” A melodramatic assertion, yes, and perhaps purposefully vague, but despite the group’s unique formative experience before emerging as the Band, popular music groups almost always break up for a combination of complex reasons: success or lack of success, battles over money or recognition, jealousy and envy, or the simply process of growing up and growing apart. It would be a mistake to attribute the demise of the Band simply to Robertson’s personal ambitions.

In an interview with Rudy Blair during pre-events at the Toronto film festival, director Roher responded to a question about how much control Robertson had over the film: “Listen, Robbie really trusted me. He just wanted me to do my job, to do my work and the book was such wonderful source material anyway, so for me as a filmmaker, why would I not stay close to it? I consider it a spiritual adaptation of the book.”

The documentary’s narrative begins with the 16-year-old Robertson’s train trip to Fayetteville, Arkansas, to join the Hawks, Hawkins’ rockabilly band. A few months earlier, Robertson’s band “The Suedes” opened for Hawkins in a Toronto-area venue called the Dixie Arena. When Hawkins’ band performed, Robbie was infatuated. This was the “real deal” and he wanted in. 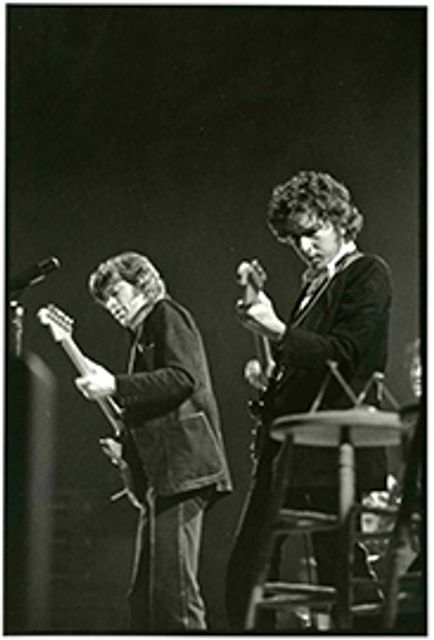 Bob Dylan and Robbie Robertson in ONCE WERE BROTHERS: ROBBIE ROBERTSON AND THE BAND, a Magnolia Pictures release. Photo credit: © Barry Feinstein.

The Hawks’ affable drummer, Levon Helm, made an impression on teenaged Robertson the first time he saw him perform. As he was three years older, Helm took Robertson under his wing, showing him the ropes—how to stay out of the spotlight to avoid unwanted attention in regard to his age, and when to enter it. He was very encouraging of Robertson’s musicianship, on and off the stage. The two became close.

The theme song for the film is Robertson’s tune “Once Were Brothers.” The song, released on his 2019 album Sinematic, reveals the bitterness and ambivalence of its author. “Lost our connection after the war,” speaks indirectly to his and Helm’s diverging artistic aspirations.

The group’s tour manager Jonathan Taplin makes some interesting comments about the period leading up to the Band’s split-up. He describes record industry mogul David Geffen (now sitting out the coronavirus crisis on his yacht) as “pure unleashed ambition.” It was Geffen who encouraged Robertson to move to Malibu and leave what he described as that Woodstock, New York “shithole.” Taplin suggests that Geffen’s taking Robertson on was primarily a means of getting Dylan to sign with his label.

In any event, music as a big business is as ugly or uglier than any other business. Despite that, at its heart and at its best, music is about musicians making connections with each other and their audience on a profound emotional and social level. The story of the Band, at least in its early stages, certainly is about that.

The release of “Big Pink” revealed that popular music was not obliged to plunge into pointless, sloppy, “counter-cultural” bohemianism. Nor did it have to repudiate the American and Canadian populations, reflected in the group photo on the back of the album showing the band with all their “Next of Kin.”

The first song on the album was a collaboration between Bob Dylan and Richard Manuel entitled “Tears of Rage.” Sung hauntingly by Manuel, it speaks movingly of the anguish of the older generation whose children reject them to join a cause they don’t understand. Helm described the band as “rebelling against the rebellion.”

While there were also definite limits to that outlook, it perhaps set them on a healthier course than most and helped produce some extraordinary music. Enormous and unrealistic things were expected of the Band in 1968 and beyond, more than they could possibly have accomplished. They couldn’t overcome through music what were, in the end, broader social, political and cultural problems. As a result, Once Were Brothers has an elegiac, quasi-tragic tone to it.