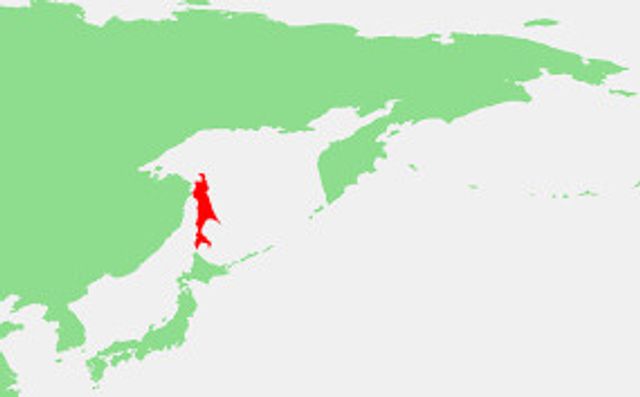 Sakhalin, in red, off Russia’s Siberian coast and above the Japanese island of Hokkaido

On May 28, 1995, an earthquake struck the island of Sakhalin in Russia’s Far East. Neftegorsk, an oil and coal-producing town in the north, was devastated. Nearly half the population, 2,040 of its 3,977 citizens, were killed, and a further 750 were injured. Approximately 80 percent of the town’s buildings were destroyed in the 7.5 magnitude quake. Nearly 90 percent of all the deaths were the result of the collapse of 17 five-story residential buildings. Damage estimates range from $64 million up to $300 million. It was the most destructive earthquake in the country’s history.

Rescue efforts were hampered by the collapse of roads and bridges, and temperatures that dropped below freezing overnight. Phone and power lines were cut off. The damage from the quake was aggravated by budget cuts, which shut all but one of the facilities that monitored seismic activity in Russia’s Pacific rim and provided early warnings of earthquakes.

In February, just three months before the Sakhalin quake, the ministry for emergencies reported that there was an 80 percent to 85 percent likelihood of a large earthquake in the next three years. However, it was estimated that the projected quake would occur at a different location in the region. Previously there had been no recorded seismic activity stronger than 6.

Sakhalin is the northernmost part of an offshore chain, the world’s most seismically active area, which also includes the four main islands of Japan. Just four months prior, an earthquake of nearly the same strength struck the Japanese city of Kobe and killed 5,000 people.

Japan rejected aid offers after the Kobe quake, and Russian President Boris Yeltsin responded in kind, rejecting Japanese aid to the victims of the Sakhalin quake, although Japan was far closer to the site than Russia’s industrial centers thousands of miles to the west.

The severity of the earthquake’s impact was generally chalked up to poor Soviet-era construction. A 2001 report asserted that it was more likely attributable to the fact that the collapsed apartment buildings were constructed on sand deposits. 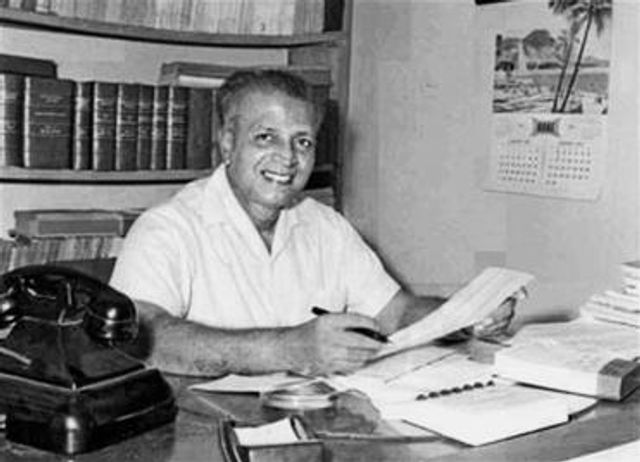 On May 27, 1970, elections held in Ceylon (now Sri Lanka) resulted in the victory of the Sri Lanka Freedom Party (SLFP), led by Sirimavo Bandaranaike. For the second time in a decade Mme. Bandaranaike formed a bourgeois government with the backing of the Lanka Sama Samaja Party (LSSP), the nominally socialist party that had broken with Trotskyism, as part of the revisionist political tendency known as Pabloism, to support the capitalist SLFP.

The election was a major defeat for the right-wing United National Party (UNP). Despite winning a plurality of the vote, about 38 percent, the UNP lost 49 of its seats in parliament, maintaining just 17. The SLFP gained 50 seats, bringing their total to 91 members of parliament.

Yet the SLFP was unable to form a government without the support of other parties. Leading up to the election, a “United Front” coalition was formed between the SLFP, the LSSP, and the Stalinists of the Communist Party. Only with the support of these parties, which still had considerable influence in the working class, was Bandaranaike able to become prime minister. As a reward, LSSP members were appointed to important cabinet positions, including party leader N.M. Perera, who became minister of finance.

The 1970 election was the second attempt at a coalition between the LSSP and the SLFP. The first had come in 1964 when the LSSP voted to accept cabinet positions in the SLFP government. This was the first time in history a party calling itself Trotskyist entered into a capitalist government.

In both 1964 and 1970, the SLFP-LSSP coalitions were formed in attempts to stifle revolutionary developments in the working class. The Sri Lankan ruling class hoped that by partnering with the LSSP and offering piecemeal reforms they could confuse and pacify the working masses, who increasingly supported a revolutionary socialist program.

As the ICFI had predicted, once in a coalition regime with the SLFP, the LSSP would assume political responsibility for Bandanaraike’s repressive anti-working class policies. This came into the clear in 1971, when the petty-bourgeois nationalist Janatha Vimukthi Peramuna attempted to overthrow the government in an armed rebellion. The SLFP-LSSP coalition unleashed ruthless suppression of the uprising that killed over 15,000 youth from the rural areas.

The coalition government also implemented policies intended to stoke communal conflicts between the Sinhalese and Tamil populations. The measures would inspire the creation of armed Tamil separatist organizations that would plunge the country into three decades of civil war.

75 years ago: US bombers destroy Yokohama 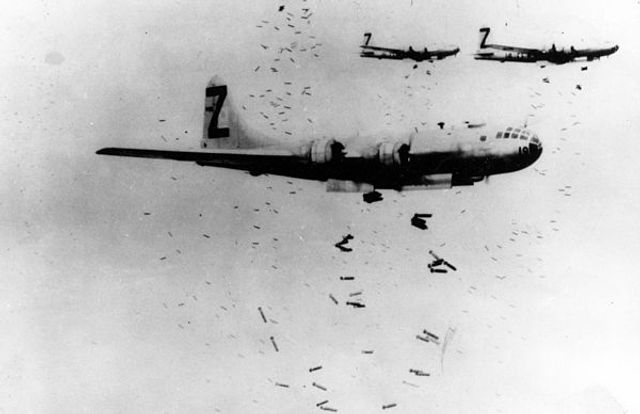 B-29 Superfortress dropping incendiary bombs on Yokohama, May 1945

On May 29, 1945, the US air force’s XXI Bomber Command carried out its last raid on a major Japanese city, creating a massive firestorm that obliterated almost half of Yokohama and led to thousands of deaths. The attack was one in a series that had already decimated Tokyo and other cities, resulting in the destruction of an estimated one-seventh of Japan’s urban areas.

The raid was conducted by a force of 517 B-29 bombers and 101 P-51 fighter planes that departed from Iwo Jima, the fortified Japanese island that had been captured by the US military after fierce fighting earlier in the year. Unlike in previous engagements, many of which had been conducted at night, the early morning Yokohama raid encountered desperate resistance from the Japanese air force. The Japanese reportedly shot down six of the B-29s, but were overwhelmed by the P-51s.

The US force arrived over the city after dawn, and began a bombing campaign that lasted for 90 minutes. The city was pounded with an estimated 3,500 tons of explosives, including incendiary devices designed to ignite flammable residential dwellings and commercial buildings.

At the time, Yokohama had a population of roughly 1 million. The attack particularly targeted the city’s working class—its ports, manufacturing hubs, and densely-populated city center. By the end of the bombardment, an estimated 44 percent of Yokohama’s structures had been destroyed. The number of dead and wounded remains unknown, but estimates range from 7,000 to 15,000.

The attack on Yokohama followed the firebombing of Tokyo on March 9. In the course of several hours, much of the capital had been flattened, claiming between 100,000 and 200,000 lives. Throughout April, further attacks followed in Tokyo and smaller cities, effectively wiping out Japan’s industrial capacity. After the Yokohama raid, the country’s civilian and military authorities concluded that it would not be possible to repulse further US attacks.

The campaign of bombings was a war crime that deliberately targeted civilian infrastructure and working class neighborhoods. It was aimed at terrorizing the population with a campaign of indiscriminate mass murder, in the lead-up to an anticipated US invasion of Japan later in the year.

In November 1941, prior to the Japanese attack on Pearl Harbor and the American declaration of war, General George C. Marshall, chief of staff in the US army, had told reporters, off the record, that in the event of conflict: “Flying Fortresses will be dispatched immediately to set the paper cities of Japan on fire. There won’t be any hesitation about bombing civilians—it will be all-out.” 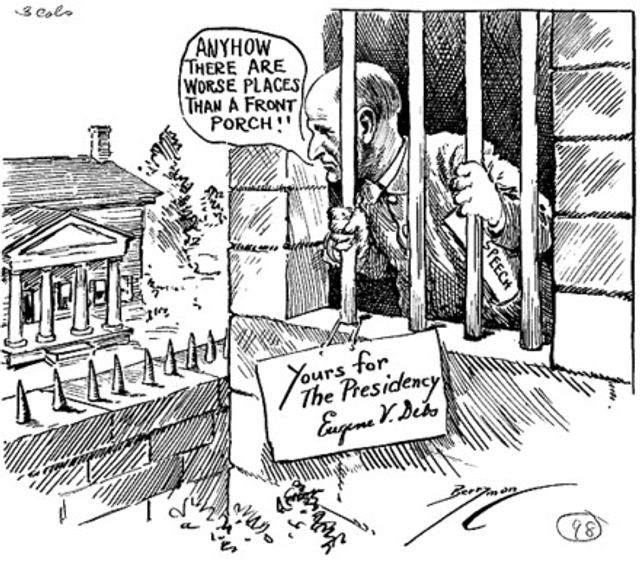 On May 29, 1920, Eugene V. Debs accepted the nomination of the Socialist Party for US president from the Atlanta Federal Penitentiary where he had been incarcerated since April 1919 for opposing US entry into World War I. He ran against the two big business candidates, Republican Senator Warren G. Harding of Ohio, and Democratic Governor James M. Cox, also of Ohio. Other candidates in the 1920 election included former Utah state senator Parley Christensen for the Farmer-Labor Party.

Debs had been convicted on the basis of the reactionary Espionage Act for making an antiwar speech in Canton, Ohio in 1918.

The election was conducted at the height of a global mass movement by the working class. Over 4 million US workers had gone out on strike in 1919, including massive strikes among steelworkers and coal miners and a general strike in Seattle. Debs received 913,693 votes—the largest popular vote for a socialist in American history (although Debs’s percentage of the presidential vote in 1912 had been higher). This showed massive opposition by the working class to capitalism and the anti-socialist repression of the Wilson administration, which had rounded up thousands of socialists and anarchists and ordered the newly formed Bureau of Investigation led by J. Edgar Hoover to harass and spy on workers organizations.

From behind bars Debs made appeals for unity in the socialist movement, which was now divided between those who sought to reform capitalism and those who sought to overthrow it. The latter had left the Socialist Party in 1919 and, basing themselves on the conceptions of Bolshevism that had led the working class to power in the Russian Revolution of 1917, had formed two Communist Parties that both owed allegiance to the Communist International. They were to unite in July.

Although Debs had always supported the aims of revolutionary socialism, he remained in the reformist Socialist Party. In 1921, Presiding Harding commuted his sentence to time served, but Debs, whose health had been compromised by his time in prison, died in 1926.