The paradox of the Wall Street surge

Monday saw the emergence of what appears to be a striking paradox. On that day, the National Bureau of Economic Research declared the US to be in recession—an economic contraction that will turn out to be the steepest since the Great Depression—while Wall Street indexes returned to the levels they had reached at the start of the year.

Since plummeting in mid-March, as financial markets in the US and internationally froze across the board, Wall Street has enjoyed a spectacular rise. The Dow has risen by 48 percent since March 23, the tech-heavy Nasdaq is up by 45 percent and is now 1,000 points higher than at the start of the year, and the S&P 500, having also risen 45 percent, is back to where it was before the COVID-19 pandemic struck.

The rise of the market, taking place in the midst of the greatest health crisis in a century, as the infection rate and death toll from the coronavirus continues to rise in the US and internationally, stands in stark contrast to the underlying real economy. 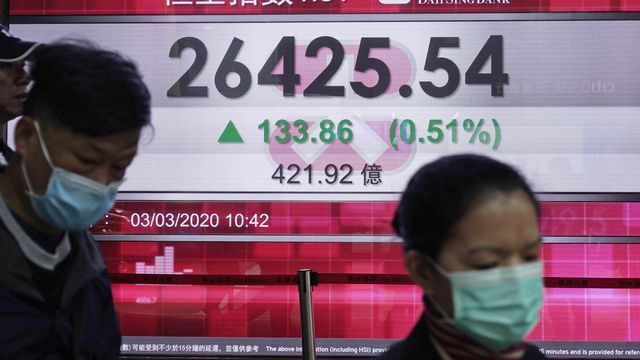 Last week, the US Congressional Budget Office warned, contrary to claims by President Trump and others that the economy will come “roaring back,” that the on-going effects of the pandemic will last for at least a decade.

Estimates of the effect of the pandemic on the five largest European economies put the UK contraction at 14 percent, Spain at 11.6 percent, France at 10.3 percent, Italy at 9.2 percent and Germany at 6.1 percent. The World Bank has forecast that global GDP will contract by 5.2 percent this year.

Under these conditions, traditional metrics for determining stock prices, such as price-to-earnings ratios, have been cast aside, as shares in companies that are either recording losses, or cannot even provide a forward estimate of their revenue because of the pandemic, are continuing to rise.

What accounts for this speculative mania in the midst of death, the destruction of millions of jobs and the growing impoverishment of ever broader masses of the working population?

The answer is to be found in the response of the ruling class to the pandemic. From the outset, it treated COVID-19 not as a health crisis, to be dealt with by the application of scientifically based measures, but as a blow to profit accumulation, and acted accordingly.

The Trump administration, with the support of the entire political establishment, organized a more than $3 trillion bailout of the corporations under the CARES Act, while the Fed stepped in to inject trillions of dollars of free money into the financial markets.

Having already lifted its holdings of financial assets from $800 billion to more than $4 trillion in the wake of the global financial crisis of 2008, the Fed has now further increased its holdings to $7 trillion, with the expectation this will rise to $9 trillion. Fed Chairman Jerome Powell has made clear there is “no limit” to the US central bank's actions. The Fed now functions as the guarantor for financial markets across the board.

Its actions are being replicated around the world. According to a paper published by the Bank for International Settlements, the combined effect of measures by the world’s five major central banks means their balance sheets will grow to as much as 23 percent of GDP before the end of 2020, compared to a rise of 10 percent after the 2008 crisis, and will remain at these historically unprecedented levels indefinitely. 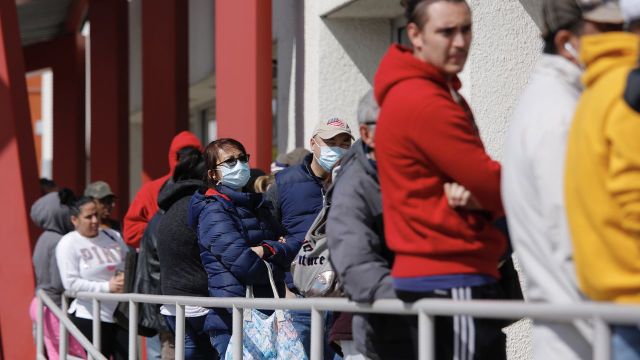 From the standpoint of the Wall Street finance houses and speculators, the pandemic has been a win-win situation. They have been emboldened by the homicidal return to work drive and the knowledge that they have the full backing of a political establishment that openly upholds the primacy of corporate revenues and profits over workers’ lives.

They also know that if there is any significant fall in the stock market, the Fed will intervene to make still more free money available.

In addition, they recognize that there are enormous gains to be made from the economic devastation. It provides the conditions where large corporations can gobble up firms that go under, thereby increasing the size and profits of those that survive.

At the same time, they can use the rise in unemployment levels to post-war records as a sledgehammer to drive down workers’ wages and conditions, as they restructure their operations, using new technologies to employ fewer workers at much reduced rates of pay.

In short, the ruling corporate and financial oligarchs are learning they can not only live with the coronavirus, but thrive and profit from it.

However, there are objective limits to the bacchanalia of speculation. The mountain of fictitious capital created by the injection of money with the press of a computer button does not in and of itself create real value. Financial assets, including inflated share portfolios, represent a claim on future value that has to be extracted from the labour of the working class.

This requires the intensification of the exploitation of the working class to unprecedented heights. The ruling classes, in the US and around the world, are making their preparations for the massive class confrontation this entails.

This is the underlying and motivating force behind the drive by the Trump administration for the establishment of a military-police dictatorship and the scrapping of constitutional norms. To use the words of Trump’s defense secretary, Mark Esper, the process of profit accumulation is the “battle space” that the capitalist state must forcefully “dominate.”

The eruption of protests against the police murder of George Floyd is a preview of even bigger class confrontations to come. The last words he uttered, “I can’t breathe,” have resonated throughout the US and internationally because they encapsulate the situation facing workers everywhere.

It is becoming increasingly impossible to “breathe,” that is, to live under the capitalist system, as the ruling classes seek to preserve their profit system by all means necessary, no matter what the cost.

The burning issue facing the working class is to consciously grasp the objective logic of the situation it now confronts and the nature of the struggle in which it is already engaged against a murderous and dictatorial ruling class.

The American Declaration of Independence invoked the inalienable right to life in the very first place. Today, the achievement of that right can be taken forward only through a conscious struggle for political power—the overthrow of the profit system and the establishment of a workers’ state as the first and most decisive step in the reconstruction of the economy on socialist foundations.