Even as nationwide protests against police brutality extend into their third week, new reports of homicidal violence by US police continue to emerge.

This latest report of police violence seems particularly egregious since there was no criminal complaint. According to the APD’s own press release, the officers responded to a call last Thursday from Mitnick’s father. Mitnick, a young man in his mid-20s, had been diagnosed with a mental health condition and, according to his father, had expressed a desire to be taken to the hospital for fear that he might injure his parents.

When the officers arrived at the suburban house, Mitnick met them in the yard and informed them that he would like to be taken to the hospital by his parents. The officers claim that after he walked back into the house they heard a woman scream, “Help, he’s got a knife.” On entering the house, they saw Mitnick come out of a bathroom towards them and shot him.

At a press conference last Thursday, APD Deputy Chief Harold Medina insisted that the officers on the scene had been trained in crisis intervention, without providing any details about the names of the officers involved in the shooting or whether they had been placed on administrative leave.

In the fatal police shooting two months ago of Acosta-Bustillos, lapel cameras released by the APD show what seems to be a pleasant conversation between one of the officers on the scene, Edgar Sandoval, and Acosta-Bustillos rapidly deteriorate, leading the latter to run back into the house and brandish a shovel he had been using for yard work. Sandoval responds by shooting and killing Acosta-Bustillos.

Predictably, the APD blamed the victim, claiming he threatened the officer’s life. Police noted that Acosta-Bustillos had an outstanding felony charge and had been arrested in December 2019 while suffering meth-induced paranoia.

At of this writing, neither of the two officers involved in the shooting has been placed on administrative leave.

The APD drew the attention of the Department of Justice (DOJ) in 2014 for its use of excessive force after the well-publicized killings of people with mental disorders in the years prior. In 2010, Albuquerque police shot and killed Kenneth Ellis, a 25-year-old veteran who suffered from post-traumatic stress disorder. In March 2014, two officers shot and killed James Boyd, a homeless man who had been diagnosed as having a schizo-affective disorder.

The latest incident demonstrates that the settlement arrived at between the DOJ and the APD is virtually meaningless.

Earlier this week, the New Jersey State Attorney’s office released audio and video clips related to another tragic police encounter that led to the shooting death of 28-year-old Maurice Gordon. The New York Times reports that the fatal encounter, which took place two days before the May 25 killing of George Floyd, was Gordon’s fourth encounter with the police within 30 hours, after a friend called 911 expressing concerns about his well-being and whereabouts. 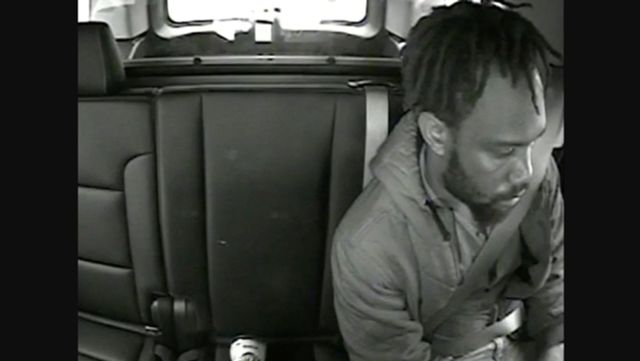 A still from police footage of Maurice Gordon, who was shot and killed by police in New Jersey on May 23, 2020. (Image: New Jersey Attorney General’s Office)

Gordon, a Jamaican who moved to the US to work and study, was stopped in the early morning hours by New Jersey State Trooper Sgt. Randall Wetzel, after Gordon was caught driving southbound at 110 miles per hour on the Garden State Parkway. The footage shows what seems to be a calm, reasonable conversation between the two men about problems with Gordon’s car, with the officer asking him to move to the police vehicle as they wait for a tow truck.

Gordon, who was frisked for weapons, sat in the cruiser for 21 minutes before getting out. Sgt. Wetzel claimed after the shooting that Gordon tried to grab his gun and get into the police vehicle, which led to a struggle and the eventual killing. There were no other witnesses to the killing.

The Austin, Texas, Police Department released new video footage this week related to the murder of Javier Ambler in March 2019. The police initially pursued Ambler because he had not dimmed the lights on his Honda. After being chased for 20 minutes, Ambler stopped and exited the vehicle. According to the official account, he “did not immediately comply with the deputy’s verbal command.” This led two of the deputies to use their tasers to ensure compliance. Ambler’s arrest was being filmed for the A&E reality show, Live PD.

As reported in Vox, the Texas attorney general’s office euphemistically describes what unfolded as follows: “Once in custody, deputies noticed the driver was unresponsive. Deputies were unable to locate a pulse and began chest compressions until EMS arrived and took over life saving interventions.” The reality is far more grotesque.

The recently released video footage shows an apparently sober and unarmed Ambler on his stomach as officers try to handcuff him. Repeatedly calling the officers “sir,” Ambler can be heard telling them that he has congestive heart failure and that he is not resisting arrest.

One of the officers can be heard remarking, “I am pretty sure I just broke his finger,” as they place the handcuffs. Ambler can be heard repeating, “I can’t breathe.” The medical examiner later found that Ambler died because of “extensive restraint,” along with congestive heart failure and hypertensive cardiovascular disease.