Abel Ferrara’s Tommaso: The only clouds on the horizon are personal ones

Tommaso (2019) is not the type of movie that one might expect from Abel Ferrara. The veteran American director’s best known films include King of New York (1990) and Bad Lieutenant (1992), which depict, if not glorify, violence, crime, drug abuse and depravity in general. Tommaso is instead a semiautobiographical movie about an established filmmaker who has gotten sober and settled into a new life as a husband and father. This shift of focus is laudable in itself.

However, what could have been a thoughtful meditation on the challenges and rewards of marriage, sobriety and maturity is marred by the intrusion of what seem to be Ferrara’s personal fixations, none of which he seriously analyzes or comprehends. Rather than an expression of wisdom won through experience, the movie resembles a relatively banal monologue from the analyst’s couch. Worse, the movie betrays no insight into, or even interest in, the world beyond Ferrara’s neighborhood. 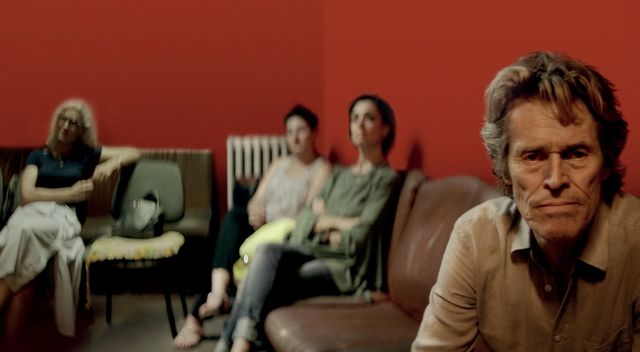 Tommaso (Willem Dafoe) is clearly a stand-in for Ferrara (born 1951 in the Bronx). The former lives in Rome, where the latter has lived for nearly 20 years. In fact, the movie was filmed in Ferrara’s own apartment. Tommaso’s wife Nikki (Cristina Chiriac) and three-year-old daughter Deedee (Anna Ferrara) are played by Ferrara’s own wife and daughter.

During the day, Tommaso takes Italian lessons, brings Deedee to the park and teaches acting. At night, he attends Alcoholics Anonymous (AA) meetings, where he discusses his history of abuse, and works on a new screenplay. He seems to be on friendly terms with everyone. He surprises and charms his Italian tutor with a birthday cake, easily makes small talk with baristas and shows concern about and sympathy toward members of his AA group, often walking one or another of them home.

His marriage seems at first to be happy, but clouds soon appear. At the park with Deedee one day, Tommaso seems to glimpse Nikki, who is considerably younger than he, embracing a man closer to her own age. But Tommaso does nothing about it. Before long, he and Nikki begin arguing. When she says that she wants to do as she pleases without having to explain herself, Tommaso responds testily, “So, I have two children now.” Nikki’s caprices later turn into open disregard for Tommaso, who grows increasingly angry and threatening.

At AA meetings, Tommaso talks about his marital problems. Everything changed after they had Deedee, he laments. Now that Nikki has a daughter, Tommaso guesses, she might unconsciously be recreating the troubled marriage her parents had when she was a girl.

Every so often, strange scenes that may be fantasy or reality interrupt these developments. Many are sexual scenes with father/daughter overtones. When his Italian tutor expresses interest in the breathing meditation that Tommaso practices, he suddenly guides her through an exercise with incongruous intimacy. In a café one afternoon, a naked woman brings him an espresso and sits on the stool next to him. We see Tommaso fondling one of his young students, who also is naked, as she ritualistically tells him about a boy she once fell in love with.

At one point, Tommaso sits in a car belonging to another young student and listens sympathetically as she tells him about the difficult relationship she has with her absent father. Tension builds between them and, when it comes time for them to separate, they kiss passionately. After Tommaso has gone, the camera lingers on the student, who checks herself in the mirror before driving away. This moment suggests that the preceding encounter was real. 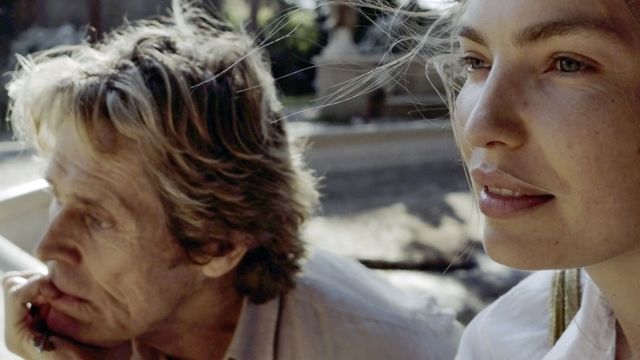 Martyrdom is another recurring theme. One night, men lead a handcuffed Tommaso to a makeshift police station where no one wears a uniform. The chief asks Tommaso why he has been upsetting the public by making speeches, and the latter responds that he is merely calling for a temple of truth to be built. Tommaso then divines the chief’s physical and personal problems, and the latter, astonished, frees him. In the scene, Dafoe’s character demonstrates Christ-like compassion and influence. Tommaso here vaguely reminds one as well of the central figure in Pier Paolo Pasolini’s Teorema (1968), who also has such influence.

We see Tommaso wander into a park, where he finds a circle of African immigrants around a fire. He sits with them silently as they talk. Suddenly, he pulls out his own heart and offers it to them, saying, “It’s all I have.” The men silently pass it around.

In these scenes of martyrdom which climax at the end of the movie, Dafoe draws on his experience playing Jesus in The Last Temptation of Christ (1988). He handles them ably, but cannot prevent them from seeming increasingly silly, pretentious or self-indulgent. It is possible the scenes with the sexually available young women may, among other things, refer to “temptations” of a more mundane and less spiritual variety.

Are these sexual and religious asides intended to illustrate Tommaso’s competing urges or neuroses? Are they meant to raise questions about male fantasies and infidelity? Whatever the intent, the scenes offer little insight and detract from the main narrative. It is more likely that these sequences reflect Ferrara’s own obsessions. For example, Ferrara’s Catholic upbringing has found expression in several of his movies, including Bad Lieutenant , in which a nun is raped, and Mary (2005), in which an actress becomes obsessed with Mary Magdalene. Ferrara may think that including these themes in Tommaso is artistically significant, but the goings-on soon become absurd. 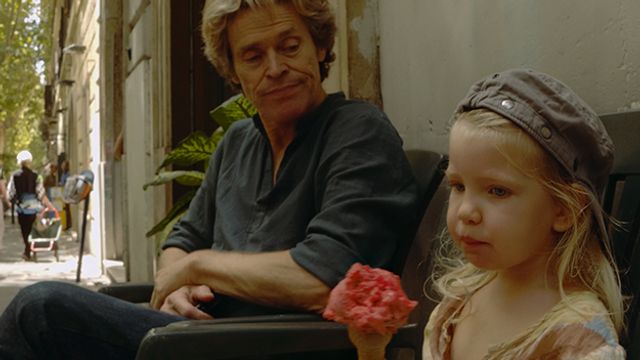 Nor do these artistic flights or the Roman setting save the film from narrowness and provincialism. Tommaso disregards social and political concerns in favor of purely personal ones. That Ferrara settles for such a limited perspective reflects the broader challenges of his generation. Many who came of age in the 1960s and 1970s, as Ferrara did, rebelled against the middle-class conventions with which they had been raised. But their rebellion often was limited to superficial matters like clothing, drug use and sexual behavior. The rising tide of reaction that accelerated in the 1980s disoriented or paralyzed many, or left them in a state of suspended animation, as it were. Some simply made money and turned to the right.

Ferrara, like others, seems to have withdrawn from the social realm to that of spirituality and self-improvement. Despite its focus on personal fears and desires, Tommaso suggests that Ferrara is trying to make honest and meaningful art. But without a serious approach to the world, to events and processes outside himself, the filmmaker is only able to piece together subjective and ultimately unconvincing impressions.