On Monday, a Moscow court sentenced Paul Whelan, a former US Marine who holds Irish, Canadian and British citizenship, to 16 years in a maximum security prison for espionage. The trial proceeded in secret.

Whelan was arrested in Moscow by the Federal Security Service (FSB) in December 2018. According to the prosecution, he was caught by an FSB officer with a flash drive containing a secret list of Russian intelligence officers.

According to Whelan’s defense lawyer, the Russian prosecutors claimed that Whelan was an officer with the US Defense Intelligence Agency. Whelan and his laywer have rejected the charges and insist on his innocence. Whelan and his family have publicly appealed to the Trump administration as well as the British and Canadian governments to work for his freedom. 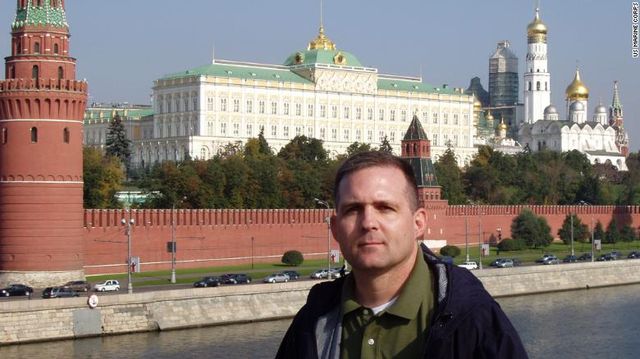 The case of Paul Whelan, which has unfolded against the background of heightened military tensions between the US and Russia and a hysterical anti-Russia campaign in the US media, is extremely murky. Whelan worked for the US Marines intermittently from 1994 to 2008 and reportedly worked as a police officer in 1998-2000. He served in Iraq for four years and was part of Operation Iraqi Freedom. However, he was indicted on several charges related to larceny in early 2008 and was given a bad conduct discharge from the Marines.

He worked for Kelly Services, a major staffing firm, from 2001 to 2003 and then again from 2008 to 2010. In 2017, he began working for BorgWarner, an international automotive parts manufacturer based in Michigan. According to the Detroit Free Press, Whelan also owned an online firearms company, Kingsmead Arsenal, and has been a supporter of Donald Trump.

From 2006, Whelan began traveling to Russia. His first trip occurred as part of the “Rest and Recuperation Leave Program” of the Marines. Over the years, he established relations with a series of lower-ranking Russian military personnel as well as the FSB officer who handed him the flash drive in December 2019. He also set up various Russian social media accounts, at least one of which cited false biographical information. The Detroit Free Press reported that in August 2014, he posted a picture that showed him in attendance at a security conference organized by the US State Department.

Whelan was arrested in December 2018 in Moscow, where he traveled ostensibly to attend the wedding of a friend and former fellow Marine. Whelan arrived in Moscow a week early. However, according to the liberal Russian outlet Meduza, he did not attend the wedding ceremony itself. Rather, on that day, he met with the FSB agent who gave him the flash drive with state secrets.

According to Russian and American press reports, Whelan has cited multiple theories and made contradictory statements about his arrest. Among other things, he has claimed that the FSB officer who handed him the flash drive wanted to use the opportunity to make a career and welsh on a debt of 100,000 rubles. In another statement that was quoted by Foreign Policy in 2019, Whelan alleged that the charges brought against him were a retaliation by Russia for the US sanctions, and that Russia was seeking to harm BorgWarner. He has also claimed that he went to Russia in December 2018 for a business trip, which the company later denied. The company has no business in Russia. Whelan reportedly also made false statements in a 2013 court deposition about his biography.

Whelan’s lawyer, Vladimir Zherebenkov, stated that his client had been under surveillance by the Russian secret service for several years before the arrest.

Russian media reports have suggested that the Kremlin is preparing a prisoner exchange, and Whelan and Zherebenkov have confirmed such discussions to the media. According to Zherebenkov, Whelan “expected this decision, because even when he was detained, he was told [by Russian security service agents] that he would be exchanged.” Russian officials have repeatedly offered to exchange Whelan for Russian nationals in US custody.

After a year in which the US government has maintained a relatively muted response to the case, it has now taken to aggressive denunciations of the Russian government over Whelan’s conviction. In a statement on Monday, Secretary of State Mike Pompeo declared that “the treatment of Paul Whelan at the hands of Russian authorities has been appalling.” The statement further said: “The United States is outraged by the decision of a Russian court today to convict US citizen Paul Whelan after a secret trial, with secret evidence, and without appropriate allowances for defense witnesses.”

The US embassy in Russia has likewise condemned the trial and called the treatment of Whelan “shameful.” It said it was seeking “justice for Paul Whelan.”

Under conditions where the US government has deployed federal forces against peaceful protesters in Washington DC, encouraged a violent rampage by the police, and been illegally persecuting and torturing the journalist and publisher Julian Assange for a decade, these statements are the height of hypocrisy. More than anything else, they are a sign that the US government is determined to continue to ramp up tensions with Russia, both to divert from the explosive social tensions at home and to prepare the grounds for further military and political provocations abroad.

In May, the Trump administration unilaterally withdrew from the Open Skies Treaty, one of the last remaining armaments treaties with Russia. On June 12, NATO recognized Ukraine as an “Enhanced Opportunities Partner,” a significant step toward the integration of Ukraine into NATO. The Ukrainian deputy prime minister, Olha Stefanishyna, has announced this will allow for joint Ukraine-NATO exercises, and for Ukraine to send representatives to NATO bodies as liaison officers for operational information exchanges.

In a piece in the current issue of Foreign Affairs, the former assistant secretary of state Victoria Nuland, who admitted in 2014 that the US had spent $5 billion on funding the Ukrainian pro-Western opposition in the lead-up to the 2014 far-right coup, called for a more aggressive intervention into Russian political life. Nuland declared Ukraine a “battlefield” that the US “must not cede to Putin,” and demanded that the US escalate political, economic and military pressure on the Kremlin.

Nuland, who has been heavily involved for decades in US operations across the former Soviet Union, also insisted that the US spend more resources building up of the right-wing liberal opposition and influencing public opinion in Russia. She wrote, “[T]he United States and its allies should do more to reach out directly to the Russian people, especially younger citizens and those outside the major cities. A package of economic incentives with concrete benefits for ordinary Russians would help. ... Washington should try to reach more of them where they are: on the social networks Odnoklassniki and VKontakte; on Facebook, Telegram, and YouTube; and on the many new Russian-language digital platforms springing up.”