The World Health Organization (WHO) reported that the COVID-19 pandemic had marked a one-day high of over 150,000 confirmed cases on Thursday. According to the New York Times database, that figure totaled 166,099 cases. A separate tracking database maintained by Worldometer found that the total was even higher on Friday with 181,000 newly confirmed cases.

Since May 2, the seven-day average for total daily cases of COVID-19 throughout the world has been rising steadily, from approximately 81,000 to a high of 136,956 yesterday, a 70 percent increase. The seven-day global average in daily case fatalities reached its ebb on May 26, with 4,079 deaths, and has since been slowly climbing to 4,649. The one-day global death toll rose to over 5,000 yesterday.

By all accounts, despite the massive lockdowns that impacted billions of people and brought the global capitalist economy to near-collapse, the policy decision to open the markets, throw caution to the wind and resume all commerce and social activities as if the pandemic had been conquered and become a mere historical reference point is sheer madness. While the scientific reality of the epidemic cannot be circumnavigated or ignored, the demands for profits insulate the markets and ruling elites in every country from sage counsel. 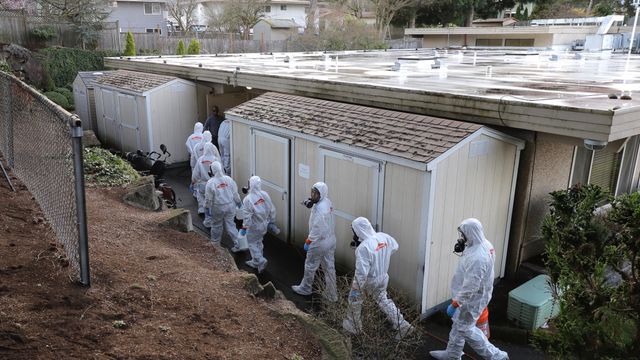 WHO Director-General Dr. Tedros Adhanom Ghebreyesus reported at the regular press briefing Friday: “The world is in a new and dangerous phase. Many people are understandably fed up with being home. Countries are understandably eager to open up their societies and economies, but the virus is still spreading fast. It is still deadly, and most people are susceptible.”

More than 81 countries, including India, Chile, Turkey, Mexico, Pakistan, South Africa and Bangladesh, have seen a rise in COVID-19 cases over the last two weeks, while less than half of the world’s nations have reported declining figures.

According to Worldometer’s COVID-19 tracker, as of this writing, there are over 8.75 million cases of COVID-19. There have also been close to 462,000 deaths reported, which by every account is an underestimation of the true magnitude of the fatalities. Brazil accounted for the lion’s share of new cases Friday with a horrific 55,209 infections confirmed in just one day, the highest one-day total to date. It also joined the United States in surpassing over 1 million total cases. Brazil marked 1,221 new deaths, the highest for any country on June 19, pushing its official death toll to more than 49,000.

President Trump and his administration have much in common with the likes of Jair Bolsonaro, the fascist president of Brazil, in their utter disregard for the public safety and the health consequences of the coronavirus infection.

However, the dismissive attitude of Trump, who personifies the diktats of the financial oligarchs, is of a more sinister and calculated character. In a recent interview with Gray Television’s Jacqueline Policastro, Trump was asked about the concerning rise in new cases across 22 states, including Oklahoma, where he is planning to hold a massive rally today. He said, “If you look, the numbers are very minuscule compared to what it was. It’s dying out. By the way, we’re doing very well in vaccines and therapeutics. I think there’s going to be some big announcements on that in the not-too-distant future. But no, we’re not concerned.”

Vice President Mike Pence wrote in an op-ed piece in the Wall Street Journal this week: “Lost in the coverage is the fact that today less than 6 percent of Americans tested each week are found to have the virus… The truth is that we’ve made great progress over the past four months, and it’s a testament to the leadership of President Trump.”

The real figures behind these bald assertions paint a far different picture. The meaning of these statements, however, is simple: There will be no further lockdowns or other measures in response to the resurgence of the outbreak.

South Carolina has seen new cases climb from an average of fewer than 200 cases a day at the end of May to a peak of 1,083 cases on Friday. Some of this rise is being attributed to recent tourism, specifically in the popular tourist town of Myrtle Beach. In mid-May, Governor Henry McMaster allowed hotels to resume taking reservations and permitted restaurants to open. On June 1, there were 22 new cases in Horry County, where Myrtle Beach is located. By June 17, the number of newly infected grew to 120, occurring in conjunction with the Memorial Day weekend three weeks before. There are presently 660 hospital beds occupied by patients infected with the coronavirus in the state.

Florida beat its record two days running, with 3,822 new cases on Friday, according to the Johns Hopkins dashboard. That state’s Republican governor, Ron DeSantis, sought to deflect criticism by suggesting that more testing had taken place and that infections were occurring among younger, healthier people. He then pointed to clusters of “overwhelmingly Hispanic” day workers as the main factor for the rising numbers.

“Some of these guys go to work in a school bus, and they are all just packed there like sardines, going across Palm Beach County or some of these other places, and there are all these opportunities to have transmission,” he said. However, Florida Agricultural Commissioner Nikki Fried challenged the governor’s assertions by pointing out that most of the farmworkers had left several weeks ago after the harvest had ended.

Texas reported 3,516 new cases on Thursday, a more than 10 percent increase over the day before, followed by another 4,497 infections on Friday. Despite the claim that these increases are due solely to more testing, public health experts have noted that the percentage of tests coming back positive is also rising, indicating a growing outbreak that is out of control.

The greater Houston area has seen close to 26,000 cases, with a caseload of 1.2 times higher than the week before. Harris County Judge Lina Hidalgo issued an order that will go into effect on June 22 requiring all businesses to mandate the wearing of masks. “The idea is to see this is a ‘no shirt, no shoes, no mask, no service’ policy,” Hidalgo told local media.

On Friday, Arizona saw a big jump in cases from a record-setting 2,519 cases on Thursday to 3,246 new cases, a more than 25 percent increase. Despite pressure from medical communities that are seeing dwindling resources in the form of ICU beds, Republican Governor Doug Ducey has stopped short of issuing statewide mask mandates, preferring to allow cities and counties to enforce such policies, which amounts to a form of criminal negligence.

As of Thursday, 85 percent of the southwestern state’s inpatient beds were occupied. The number of hospital beds used for COVID-19 patients rose from 1,667 on Wednesday to 1,832 in 24 hours.

In an interview on Wednesday with the Wall Street Journal, President Trump declared, “I personally think testing is overrated, even though I created the greatest testing machine in history,” only to add, speaking of the increase in confirmed cases, “in many ways, it makes us look bad.”

Such a dismissive sentiment is countered by that of Dr. Ashish Jha of the Harvard Global Health Institute, who recently told CNN, “We may be done with the pandemic, but the pandemic is not done with us.”

Not only did the Trump administration delay taking immediate action to combat the pandemic, costing massive needless deaths, but by all accounts the premature reopening of the country demanded by Trump will lead to an acceleration in such deaths and inundation of the shell-shocked health care infrastructure again.

To provide a quantitative sense of the magnitude of this malign neglect, a recent study that compared the United States’ response to the pandemic to that of other countries such as South Korea, Australia, Germany and Singapore, found that 70 to 99 percent of Americans who died from the virus might have been saved.

In an opinion piece in Stat News, researchers Isaac and James Sebenius noted: “Due to exponential viral spread, our delay in action was devastating. In the wake of the US response, 117,858 Americans died in the four months following the first 15 confirmed cases. After an equivalent period… scaling up the German population of 83.7 million to America’s 331 million, a US-sized Germany would have suffered 35,049 COVID-19 deaths.”

The study notes that the US response in the first 14 days from the date of the fifteenth confirmed case lagged behind the mentioned countries “by miles.” It estimates that 99 percent of the 120,000 COVID-19 deaths might have been prevented had the US handled the outbreak as effectively as these other countries.