There is mounting anger over the Victorian state Labor government’s decision to impose a “hard” police lockdown on some 3,000 residents in nine inner-city Melbourne public housing towers.

Victorian Premier Daniel Andrews announced on Saturday afternoon that the residents would not be permitted to leave their apartments for a minimum of five days and as long as two weeks. The unprecedented move, backed by the federal Liberal-National government, came as the state’s surge in coronavirus infections continued to spiral out of control.

Community transmission appears to be rampant, with 191 new cases announced in Victoria today, the highest daily tally since the pandemic began in March. Some 69 residents of the Flemington and North Melbourne towers have tested positive for COVID-19, but health authorities have warned that as many as 300, or 10 percent, may be infected already. 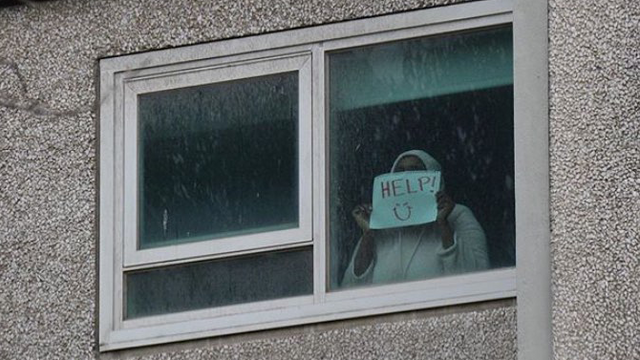 Residents in the towers and working people more broadly have condemned the punitive, police-state measures to which the tenants have been subjected. The buildings have been flooded with 500 police officers, but tenants who are sick have not been evacuated and few health or cleaning measures have been put in place to prevent further transmission.

The residents were given just half an hour’s notice of the lockdown, and some only found out from media reports or when dozens of police arrived. A letter distributed by Victorian authorities in the towers yesterday revealed that the stay-at-home order came into effect at 3:30 p.m. on Saturday, some 30 minutes before it was publicly announced.

Some residents have said officers were already in place before Andrews made the announcement. The police claimed not to know what was taking place, but said they had been instructed to prevent residents from leaving their buildings.

In comments to the press and on social media, many tenants have spoken out about the lack of adequate services and food.

Lucy, a single mother, is locked in a three-bedroom apartment with her seven children. Because there was no notice of the lockdown, she had limited supplies of meat, but no vegetables or milk. She was provided with a phone number to ask for supplies.

She told the Australian Broadcasting Corporation (ABC): “I was waiting all day and all night [on Sunday] and they came at midnight. I opened the door and it was one soup packet and five meat pies and that was it… It’s not enough for eight people in the house—I will give it to my kids and I’ll be left here starving myself.”

Amr Osman, a young worker, began sharing his experiences on Twitter shortly after the lockdown was imposed.

On Sunday, Osman wrote that just 25 to 30 boxes of food supplies had been provided to his tower, which has hundreds of residents. He said that they contained “3 tuna cans, [a] packet of pasta, tomato paste.” On Monday, he tweeted that the government had “literally left single mums with 4 to 5 little babies with no baby formula, no milk and no bread.”

At least in the first two days of the lockdown, the food packages were dumped in a communal area of Osman’s building. The residents were not notified, so some did not know there were supplies. Osman wrote: “I’m literally nearly in tears from the amount of mothers me and the boys distributed food to that were crying when we gave them food.” 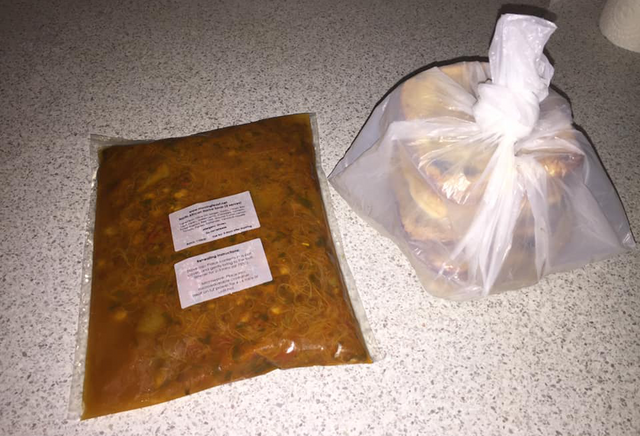 The decision to place food in foyers calls into question the stated purpose of the lockdown. It contradicts the Victorian government’s declaration that it is essential for residents to stay within their own apartments to prevent mass transmission in the crowded towers.

Other residents said they only began to receive sufficient food on Monday, some 36 hours into the lockdown. This coincided with supplies being brought in by charity groups. In other words, it appears that the government had not secured sufficient foodstuffs for the residents, before forcing them to stay inside.

Reports are continuing to emerge of Muslim residents being given pork products and of some food being out-of-date or nutritionally inadequate. Because it is a “hard lockdown,” friends and relatives have been unable to bring supplies to their loved ones. Community groups have been compelled to organise deliveries of culturally-appropriate foods, sourced from local restaurants.

In at least some of the towers, food donations from mosques and other community organisations have been confiscated by the police. In an indication that the food supply remains perilous, journalists outside one tower block reported today that a resident began screaming that they were hungry and did not have enough to eat.

Some have voiced fears about access to medication. Janine Kelly, a 50-year-old in one of the Flemington buildings who suffers emphysema, told the Special Broadcasting Service that she had phoned a health department hotline on Sunday to ask for supplies of her medication. As of Monday night, she still had received no reply. She also had not been tested for COVID-19, despite being in an at-risk demographic.

Others said they have not been able to get through to government hotlines. It was left to the residents themselves to translate information on the lockdown and necessary preventative measures into ten written languages and five oral dialects.

There are growing concerns over the mental health consequences of the lockdown and the lack of information. The towers are home to some of the most vulnerable layers of the population, including refugees who have fled wars and oppression, non-English speaking migrants, and workers and young with complex addiction and psychological issues.

Ahmed Dini, a 32-year-old who lives in one of the North Melbourne towers, told the ABC there was “no trust” between the authorities and the residents. “We should have seen buses and cars full of healthcare and mental health workers and social workers, not the police,” he said.

Dini explained: “[W]e know some people who use drugs and substances and have been locked away and will go into withdrawal which could spark domestic violence. We need people to make mental health calls; we are asking for counsellors to share their numbers so people can call them directly. I’m scared the longer we go, the more [mental health] problems we are going to have.”

Others pointed to the repressive character of the massive police mobilisation. Tekeste Hailu, a 27-year-old who lives with his elderly grandmother, told the ABC that people in the towers were scared of the police.

Hailu noted that many residents, including himself, are of African descent. The police have been at the forefront of a years-long witch-hunt by the political and media establishment, falsely demonising African youth as “gang members,” and routinely harassing them.

“Especially with what’s happening in the current situation with the police and the African background, all the youths are very terrified of the police,” Hailu said. “Now they’re coming around, getting them to be under a lockdown, it’s obviously going to trigger a lot of trauma.”

Hailu said residents would have been willing to stay at home and be tested, “instead of just bombarding us with 500 police at once and locking us down… There was no time to have air or anything, the basic human rights. No food, no nothing, they just sent us to lockdown.”

The dangers of a state crackdown were underscored yesterday, when a 32-year-old man attempted to flee one of the Flemington blocks. He was arrested and has been charged with assaulting police, resisting arrest and violating health orders.

The lockdown reveals the class character of the official response to the pandemic. Over the past month, restrictions have been prematurely lifted to ensure the profits of big business. Now that government policies have resulted in a surge of infections, the most vulnerable sections of the working class are being subjected to police-state measures.

The poor conditions in the apartments, moreover, are an indictment of successive Liberal-National and Labor governments. They have deliberately run down existing public housing blocks and failed to build new stocks. This is part of a broader austerity offensive to cut social spending and restructure society to boost corporate profit.