Since Saturday, several thousand people have been protesting in Khabarovsk, a city of 600,000 in Russia’s far east, against the removal of the region’s governor, Sergei Furgal, by the Kremlin. Furgal, a member of the far-right Liberal Democratic Party of Russia (LDPR), was arrested by the FSB (Federal Security Service) in his house on July 9.

He is charged with involvement in the murder of multiple businessmen in Khabarovsk and adjacent regions in 2004 and 2005. A court ordered him to be jailed for two months while the investigation continues. Furgal has pleaded not guilty.

On Saturday, up to 35,000 people protested in Khabarovsk, the capital city of the Khabarovsk region, which is located almost 4,000 miles to the east of Moscow. Several thousand continued the protests on Sunday and Monday. Protesters chanted “Putin step down” and “Moscow get out.” Others carried signs saying, “I’m Furgal,” “I’m for Khabarovsk,” “Khabarovsk won’t let its own people down” and “Moscow, listen to us.” 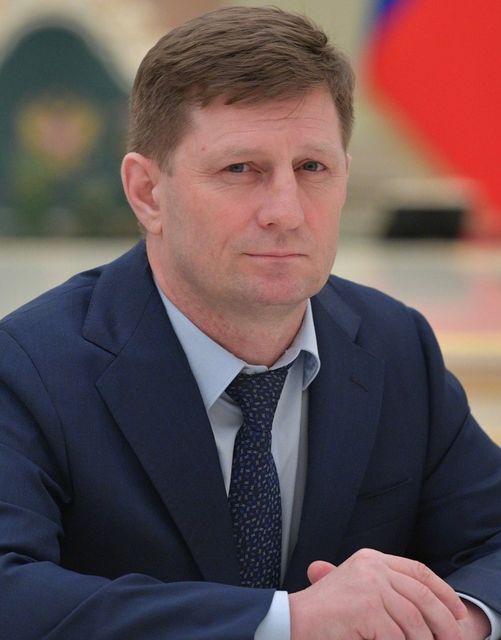 Smaller protests with just a few dozen people took place in smaller towns in the Khabarovsk region. Alexei Navalny, the right-wing leader of the US-backed liberal opposition, enthusiastically welcomed the protests, stating, “We are with you, Khabarovsk.” His staff in Khabarovsk helped organize several of the protests. A petition demanding Furgal’s release has been signed by over 40,000 people as of this writing.

Furgal was elected in the 2018 regional elections with almost 70 percent of the vote, by far outdoing his rival from the ruling United Russia Party. The LDPR now also controls the regional parliament. During his almost two years in office, Furgal has made limited populist appeals to social discontent. His party, the LDPR, is notorious for its whipping up of Russian chauvinism, especially anti-Chinese xenophobia and anti-Semitism.

It has provided a nominal opposition to the Kremlin’s United Russia Party for almost two decades now, while de facto backing every major initiative of Putin. Prior to his political career, Furgal was one of the leading figures in the regional timber and metal business, two of the main raw material resources of the region.

While it is very possible that Furgal was involved in assassinations of other businessmen—a common practice among Russia’s criminal oligarchs—the fact that the federal Investigative Committee, Russia’s highest criminal investigative body, decided to bring charges now, 15 years later, indicates that much broader political issues are behind the conflict.

Many things point to growing frictions between the Kremlin and regional elites as well as conflicts within the ruling class more broadly as central drivers behind the arrest of Furgal.

The arrest came just one week after a national referendum on constitutional reforms that significantly strengthened the powers of the president and enshrined far-right nationalist values in the Constitution. One significant aspect of the reforms is a limitation of the powers of regional and municipal authorities.

In response to the arrest, Vladimir Zhirinovsky, a notorious racist, angrily threatened in the Russian Duma (parliament) that his parliamentary faction would walk out of parliament to protest the treatment of Furgal. In an unusual outburst, he shouted, “We gave you the Constitution, and you’re putting us in handcuffs.”

Members of the LDPR have claimed that conflicts between Furgal and elites in Moscow over the company Amurstal constitute a factor in Furgal’s arrest. Amurstal is the largest steel producer in the Russian far east and the largest manufacturer in the Khabarovsk region. The company maintains close business relations with Chinese companies. Since 2017, Amurstal has belonged to Toreks-Khabarovsk, which is co-owned by Larisa Starodubova, Furgal’s wife.

Khabarovsk was also one of two regions where the Kremlin failed to get a majority for the constitutional amendments, with only 44 percent voting in favor. Many have suggested substantial manipulation of the vote in other regions. Putin’s approval rating had recently been plummeting to record lows as the coronavirus ripped through the population, exposing the devastating impact of capitalist restoration and decades of austerity, especially on health care.

With over 732,000 cases, Russia has the fourth highest number of coronavirus infections in the world, but has already moved to fully reopen the economy. Tens of thousands of miners and oil and gas workers have been infected, for the most part in workplaces that were never properly shut down or reopened prematurely.

Many media commentators have pointed out that with the arrest of Furgal, the Kremlin is sending a message to other regional elites ahead of elections that are scheduled for many regions in the fall. In the spring, the Kremlin gave regional authorities significant leeway in dealing with the pandemic, allowing them to both lock down and reopen at different paces and scales. Now it is trying to roll back these limited freedoms.

Regionalist and separatist tendencies have long been simmering beneath the surface in Russian politics. After the dissolution of the Soviet Union by the Stalinist bureaucracy in 1991, the secession of the far east from Russia was discussed as a real possibility among both Russian and US elites. Throughout the 1990s, fierce conflicts within the rising oligarchy over the control of state assets and raw material resources often took regionalist forms in energy-rich regions like the Urals, Siberia and the far east.

In the North Caucasus, a full-blown separatist movement developed in the republic of Chechnya to which the Kremlin responded by waging two extremely bloody wars, in which approximately a tenth of the local population was killed.

Under Putin, the growing centralization of government and the establishment of the United Russia Party were aimed not least at suppressing these regionalist tendencies and establishing a firm control over regional governments. The liberal opposition that is heavily supported by US imperialism has deliberately appealed to and fostered these tendencies.

Navalny has repeatedly called for greater regional autonomy. He has also participated in several of the annual far-right “Russian marches,” where he shouted slogans like “Stop feeding the Caucasus,” which is not only racist, but is advanced by various nationalist and separatist forces advocating the break-up of the Russian Federation. The journalist Ben Judah noted in 2013 that “almost all the leaders of the Russian opposition have told me privately that they would let the North Caucasus go.”

Last year, Navalny’s supporters helped organize protests in Yekaterinburg, a major city in the Urals, together with Fedor Krasheninnikov, a businessman and former member of the LDPR who counts among the most prominent advocates of regional autonomy for the Urals.

Any progressive movement against the Putin regime and the threat of dictatorship must be based in the working class and oppose these reactionary attempts by the imperialist-backed opposition to foster separatism and nationalism.