Thousands of sackings at Australian universities

The Group of Eight, comprising Australia’s elite public universities, has projected that 6,700 jobs will be lost at its member universities in response to the COVID-19 crisis. The forecasts indicate that sackings will include 4,400 contract staff and 2,300 permanents and academics.

The job cuts are part of a major assault on university staff and students, being enforced by governments and the trade unions. They are in line with the federal Liberal-National government’s announcement of a further pro-business restructuring of tertiary education last month, and a broader corporate offensive against the entire working class.

Two Group of Eight universities, Monash University in Melbourne and the University of New South Wales in Sydney, this week announced 277 and 493 sackings respectively. 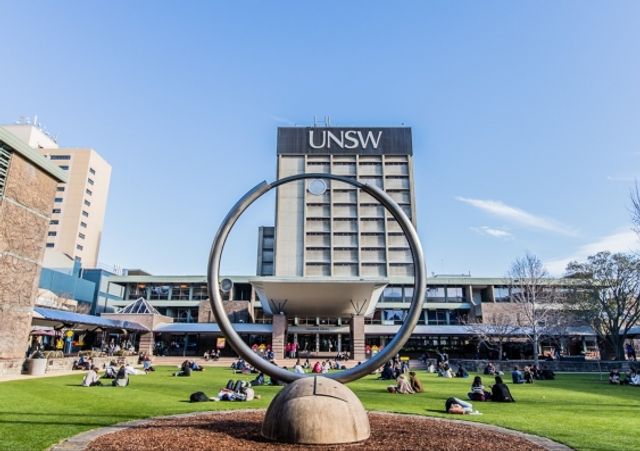 The so-called “tsunami” of job losses has also already seen purges at smaller universities, with 400 jobs axed at Deakin, 271 at Central Queensland and between 200 and 300 at Wollongong. Universities Australia has previously predicted up to 30,000 positions will be destroyed in the next three years—21,000 over the next 12 months alone—to overcome the expected $16 billion of lost revenue across higher education.

In comments to the media, executives at the elite University of Melbourne and University of Queensland described job losses as “inevitable.” They cited the dramatic fall in international students as a chief cause.

An estimated 120,000 international students, accounting for around 20 percent of total international enrolments at Australian universities, are stuck in their home countries after returning as the pandemic broke out in March. They are unable to return to Australia and resume their studies, as a result of the resurgence of the coronavirus, including as a result of the reckless back-to-work campaign of the Australian federal and state governments.

Group of Eight chief executive Vicki Thomson said research staff would likely be hit with lay-offs in the next six to nine months. After decades of government spending cuts, funding for research comes largely from revenue generated by grants and international students who have been used as cash cows by universities.

Monash University’s 277 sackings will be implemented by the end of the month, as it seeks to overcome an estimated $300 million shortfall. According to the Australian, 105 of the layoffs will be academic positions, while the rest are in administration.

A Monash spokeswoman told the Australian: “Job losses are an unfortunate result of the COVID-19 global health crisis across many industries.… They will continue to be a reality without further government support in particular for research.”

The spokeswoman pointed to the National Tertiary Education Union’s (NTEU) role in greenlighting job cuts, adding: “Without the [enterprise agreement] variation,” instead of 277 sackings, “this figure would have been 467.” The variation at Monash, approved by the NTEU, included a delay in pay rises, a leave-purchase scheme and a moratorium on bonuses, introduced on the bogus pretext that concessions would save jobs.

The Monash announcement was made a day after the University of New South Wales (UNSW) unveiled the destruction of 493 full-time jobs, accounting for around 7.5 percent of the university’s full-time staff. This will go hand in hand with an overhaul of teaching, including the merger of three separate faculties. The university has already eliminated 115 casual positions since January.

According to the Sydney Morning Herald, UNSW is facing a budget shortfall of $370 million as a result of COVID-19.

The NTEU’s UNSW branch president, Sarah Gregson told the paper: “Nobody denies there’s a crisis, but the detail of what’s necessary is difficult. We’re obviously going to challenge every job loss we can.”

Such empty posturing is belied by the fact that the NTEU has played the key role in the attacks on academic staff, engaging in backroom deals with university managements for decades. Gregson’s comments, moreover, demonstrate that the union is merely appealing to management for it to be fully involved in devising and implementing the pro-business restructure.

Following the collapse of its pay-cutting “national framework” with university managements—which was met with revulsion from university workers—the NTEU is redoubling its efforts to help university managements impose cuts in pay, conditions and jobs, pushing through sackings and concessions at campuses across the country.

At the same time, the union is seeking to promote illusions in the big business Labor Party and cover-up its own responsibility for the jobs bloodbath.

In reality, Labor governments, with the crucial assistance of the unions, have spearheaded the assault on higher education. This included the introduction of full fees for international students by the Hawke Labor government in the 1980s, and its abolition of free education for domestic students.

In 2013, the Greens-backed Labor government of Julia Gillard introduced the largest ever reduction to university funding, which slashed $2.7 billion from the sector.

This offensive has been deepened by successive Liberal-National Coalition governments, including through the announcement last month of plans to more than double fees for humanities and communications students and raise payments for law, economics and commerce by 28 percent.

Dan Tehan told the Australian Financial Review earlier this month that the move is aimed at “encouraging students to tailor their studies to learn the skills that will be in demand in areas of future jobs growth.”

This would serve to “better align the total combined public and private funding for higher education units with contemporary data on the cost of delivering university education.”

In other words, the government is taking the corporatisation and vocationalisation of universities, enforced by Labor and the unions, to its logical conclusion. Education, which has already been gutted, is to be subordinated even more directly to the dictates of big business.

The record demonstrates that university academics, staff and students can only defend jobs and fight for free, high-quality education, through a rebellion against the unions and a complete break with Labor and the political establishment.

The Committee for Public Education and the International Youth and Students for Social Equality call for staff to form independent rank and file committees, to prosecute a genuine industrial and political struggle against all of the sackings and union-enforced concessions.

This is the only means of breaking the isolation imposed by the unions, and mobilising the social power of university workers and students.