The US government executed Wesley Ira Purkey, 68, Thursday morning at the federal prison in Terre Haute, Indiana. His execution followed the execution Tuesday of Daniel Lew is Lee, 47. The US Supreme Court cleared the way for both of these executions to proceed, with early morning 5­–4 rulings vacating lower court orders.

In Purkey’s case, the high court majority opinion consisted of a single paragraph. The court’s ruling also lifts a judge’s order blocking the execution of two other federal inmates, one set for today and one next month.

A year ago, Attorney General William Barr directed the Bureau of Prisons (BOP) to reinstate the death penalty for federal prisoners. The Trump administration has been aggressive in its efforts to put an end to a 17-year de facto moratorium on the federal death penalty. 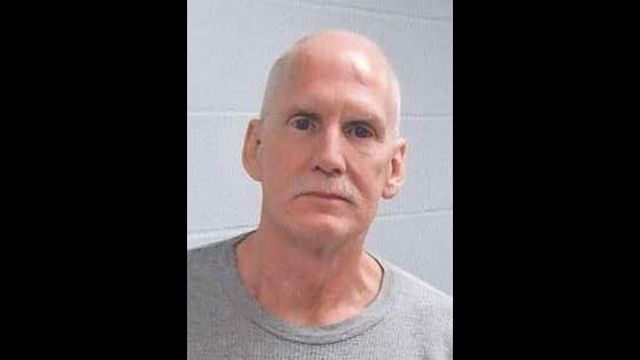 Purkey was convicted and sentenced to death in 2003 for the 1998 rape, murder and dismemberment of Jennifer Long, 16, in Kansas City, Missouri. He was also convicted in state court of the murder of 80-year-old Mary Ruth Bales.

A federal appeals court panel had also issued a stay in Purkey’s case, which remained in effect until Wednesday. Purkey had claimed that his legal counsel failed to adequately defend him at trial and during his habeas proceedings, but the government argued that federal law barred him from raising the issue so late in his case. The Supreme Court sided with the government on this as well.

Media witnesses to Thursday’s execution were allowed into the brick building that houses the execution chamber in Terre Haute at 7:43 a.m. The Indianapolis Star wrote, “Two minutes later, the shades were lifted, allowing them a view of Purkey, already strapped to the execution table. IVs that carried the lethal injection drugs were already inserted into each of his hands. Dark purple veins stood out on his left hand.”

“I am deeply sorry,” Purkey said after a BOP official removed a mask from the condemned man’s face to allow him to speak. “I deeply regret the pain I caused to my daughter, who I love so very much. This sanitized murder really does not serve no purpose whatsoever. Thank you.”

Witnesses said Purkey took several deep breaths and blinked repeatedly before he lay his head back down on the gurney. A witness said his chest last moved at 8:02 a.m. He lay motionless for several minutes with his mouth open and his eyes closed. Prison officials pronounced him dead at 8:19 a.m.

Like Lee before him and the two other federal prisoners next scheduled to be put to death, Purkey suffered from severe mental impairment. Issuing its injunction on Wednesday, the district court described Purkey’s history of mental illness:

“As a child, he experienced repeated sexual abuse and molestation by those charged with caring for him. As a young man he suffered multiple traumatic brain injuries—first in 1968, when he was 16, and again in 1976 …

“[A]t 18 he was diagnosed with schizophrenic reaction, schizoaffective disorder, and depression superimposed upon a pre-existing antisocial personality. At 68, he suffers from progressive dementia, schizophrenia, complex-post traumatic stress disorder, and severe mental illness.”

By vacating the lower court’s injunction to rush through his execution, the right-wing majority on the Supreme Court denied Purkey the right to get a hearing on his mental competency.

In a dissenting opinion, Justice Sonia Sotomayor, joined by Justice Elena Kagan, wrote that the Department of Justice’s “quibbles” over the venue in which Purkey raised his claims were no excuse for the high court to “shortcut judicial review” of a case involving a death row inmate who “may well be incompetent” for execution.

The justice wrote that “proceeding with Purkey’s execution now, despite the grave questions and factual findings regarding his mental competency, casts a shroud of constitutional doubt over the most irrevocable of injuries.”

In another dissenting opinion. Justice Stephen Breyer, joined by Justice Ruth Bader Ginsburg, argued that these federal cases show the “inherent arbitrariness of the death penalty” itself. He wrote that these cases “reveal the same basic flaws that have long been present in many state cases.”

He added, “A modern system of criminal justice must be reasonably accurate, fair, humane, and timely. Our recent experience with the Federal Government’s resumption of executions adds to the mounting body of evidence that the death penalty cannot be reconciled with those values.”

The Supreme Court rulings in these federal death penalty cases do not align with Supreme Court precedent. In the landmark 1986 Ford v. Wainwright decision, the court ruled that it is unconstitutional to execute someone who doesn’t understand why he is being put to death by the state.

In his majority opinion in Ford v. Wainwright, Justice Thurgood Marshall wrote, “such an execution has questionable retributive value, presents no example to others and thus has no deterrence value, and simply offends humanity.”

Ignoring such sentiments, DOJ spokeswoman Kerri Kupec issued a statement that focused not on Purkey’s legal claims but on the “most egregious” crimes he had been convicted of committing: “After many years of litigation following the death of his victims, in which he lived and was afforded every due process of law under our Constitution, Purkey has finally faced justice.”

Left out by Kupec was that the DOJ, with the support of the Supreme Court, was not willing to wait even a day to consider the claims of Purkey’s mental competency. This drive by the federal government to resume executions is indicative of the resolve of the most reactionary elements within the ruling elite to uphold the barbaric practice of capital punishment.

That this comes in the midst of the coronavirus pandemic highlights the ruling elite’s determination to see to it that capitalist rule and class justice stand above the well-being and lives of the population.

Dustin Honken, who was convicted of shooting and killing five people, is set to die today. He was reportedly terrorized by his violent, alcoholic, criminal father, resulting in mental health problems, but the jury never heard evidence about his background.

Keith Nelson, sentenced to death for kidnapping, raping and strangling a 10-year-old girl, is scheduled for execution on August 28. He is among the 29 percent of federal death-row prisoners with developmental brain damage, traumatic brain injury and/or intellectual disability.

The Death Penalty Information Center says that of the estimated 2,500 prisoners on death row across the US, 64 are held by the US government and the military.