With over 16 million COVID-19 cases, the pandemic is devastating developing nations

Notwithstanding the transient declines in numbers reported over weekends, the global SARS-CoV-2 pandemic is demonstrating its tenacity in wreaking havoc on the inhabitants of this planet. On Saturday, the number of cases sped past 16 million, bringing the global per capita rate to 2,089 cases per a million population, or 0.21 percent. Even if the number of undiagnosed cases was five to 10 times higher, in absolute terms, the pandemic remains very much in its initial stages of development.

The prospect of natural herd immunity in the foreseeable future is remote, and, by all accounts, the introduction of a viable vaccine will be a geopolitical fiasco that will make the US testing debacle seem like child’s play. Many industries, assisted through lucrative deals from their governments, have quickly adapted to enrich themselves on the scourge.

The seven-day average of new cases has risen to 253,089 per day. More than 650,000 deaths have been tallied, with a seven-day average of 5,655 fatalities per day. One concerning statistic that has seen a sudden jump is in the category of people with serious or critical infections. After reaching a peak of 59,817 cases on April 29, it declined to 44,583, after which it began climbing again. It has now reached 66,170 cases. The mortality rate for these patients varies from 30 to 50 percent, suggesting that the number of daily deaths will continue to trend higher for some time. 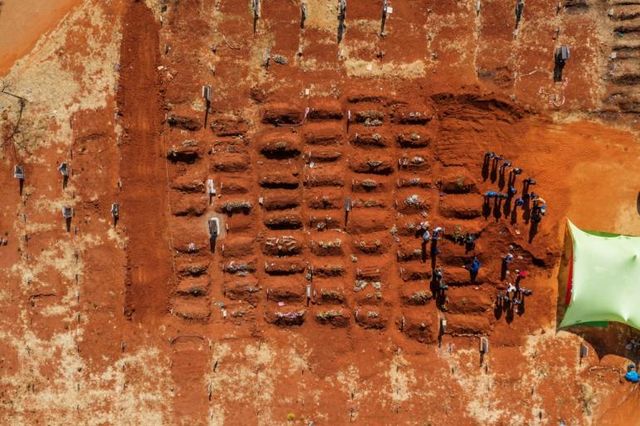 Three countries—the US, Brazil, and India—have more than 1 million cases. Twenty other countries have reported more than 100,000 cases. Countries where the pandemic is sustained at a high rate or surging include South Africa, India, Mexico, Colombia, Brazil, and the United States. Despite a steady number of cases, the fatality rate in Iran, at more than 200 deaths per day, has climbed higher than in March, during the initial surge. Developing countries that fly under the radar of mainstream COVID-19 reports, where outbreaks are bringing the healthcare infrastructure to near collapse, include Indonesia, the Philippines, Kazakhstan, and Kyrgyzstan.

South Africa, entering its winter season, has now become the epicenter of the African continent for the COVID-19 pandemic, ranking fifth in the world in the number of cases reported. As of this writing, there have been 445,433 infections, with half of these cases confirmed since July 7. There have been 6,769 deaths, with a rising seven-day average of 244 fatalities per day. On Saturday, there were 312 deaths.

Schools that opened in June are closing again for at least four weeks to help stem the rising tide of infections. Several thousand students and teachers tested were found to be infected with the coronavirus. Epidemiological modeling indicates that the peak of the present surge will extend into September. Like many countries that moved to reopen large swaths of their economies in June, South Africa is now facing the repercussions of choosing the health of its population or its economy. 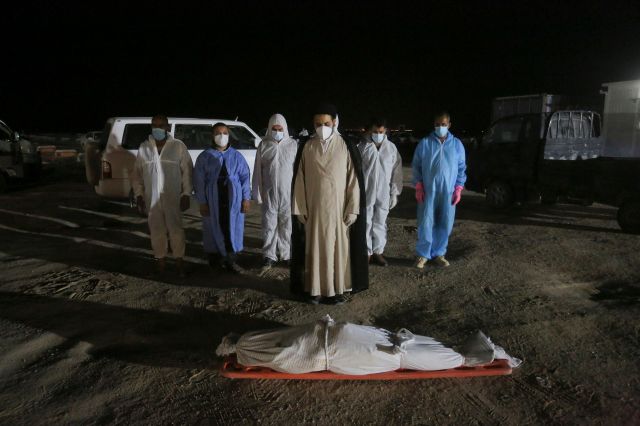 According to the Wall Street Journal, 25 percent of all tests in South Africa are returning positive. The South African Medical Research Council said that from the period of May 6 to July 14, they calculated there were 17,090 extra deaths compared to previous years. With hospital beds running short in Gauteng province, Johannesburg and the capital, Pretoria, field hospitals are being built to support the influx of new cases.

A nurse at Chris Hani Baragwanath Hospital painted a picture for the media far too reminiscent of events in Italy, Spain, and New York City: “Our hospital is overloaded already. There has been an influx of patients over the last two weeks. More and more colleagues are testing positive, even people who are not working in COVID wards.” More than 8,000 health care workers across Africa have been infected, and in South Africa, it has been estimated that between 4,000 to 5,000 have tested positive. Hospital beds are expected to be full by the end of the month, according to the health minister. A shortage of medical oxygen poses a dire concern.

South Africa’s economy had been in recession, with unemployment running at 30 percent before the pandemic. The strict lockdown imposed on the country saw the gross domestic product plummet 33 percent. The central bank expects the economy to contract by 7.3 percent for the year. More than 25 percent of workers have lost their wages, and half of all households have run out of money to buy food.

Iraq’s decades of sanctions, wars, and corruption have decimated its health system. Now it is facing a surge in COVID-19 with total cases running over 110,000 and 2,459 new cases just yesterday. Half of all cases and deaths have been from July. With less than 1 million tests conducted in a country of 39 million people, the real toll on the nation is far higher than those numbers would indicate. 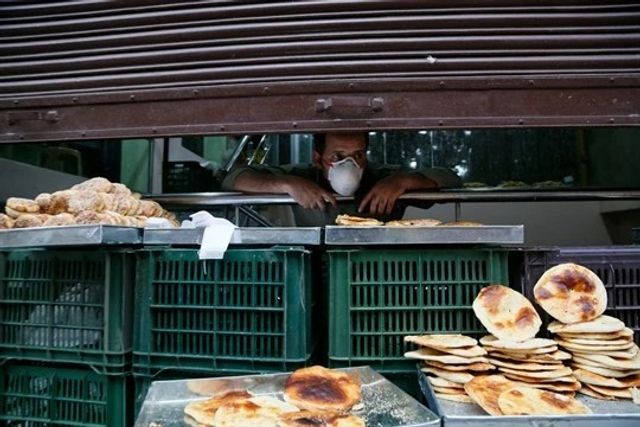 Given the mistrust among people, health care workers are facing abuse and violence. Abdulameer Mohsin Hussein, the head of the Iraqi Medical Association, speaking to Al-Monitor, said, “many doctors are subjected to triable threats that compel them to waive their personal rights and complaints in the courts.” Little is being done by the government to ensure the safety and security of medical workers. “Although the Health Ministry is following WHO guidelines and protocols, that was only ink on paper, and it is a media show. There are few hospitals to contain the growing number of patients, and there is a scarcity of diagnostic tools and therapeutic devices.”

Corruption runs rampant as supplies, especially oxygen, runs low. Many doctors are fleeing the country, making a desperate situation appear untenable. A gravedigger told CNN that they are receiving 70 to 80 bodies a day. They conduct their work in the night when the blistering temperatures of the day fall enough to allow them to tend to their strenuous duties.

The annual Muslim pilgrimage to Mecca, the Hajj, being held from July 28 to August 2, usually sees several million people from around the world flock to the holy city. However, Saudi authorities, who are grappling with the second-largest outbreak in the Middle East after Iran, have curtailed the event to less than 10,000 people who are already within the borders of the country. The Hajj produces billions of dollars in revenue.

India, with 1.44 million cases of coronavirus, is the epicenter of the pandemic in the South Asian subcontinent. The daily cases of COVID-19 are accelerating, and the death toll is climbing. Yet, India’s Prime Minister Narendra Modi, delivering his monthly radio address to the country, had the audacity to state, “The way Indians came together to fight against the coronavirus in the last few months, we have proved the world wrong.”

In Delhi, the country’s hardest-hit city, the Indian CDC estimates that one in four residents have been infected. The per capita rate of testing remains insufficient. A virologist, Dr. Shahid Jameel, explained to the BBC that the government continues to deny the country was in the community phase of transmission, meaning it was broadly entrenched geographically. He urged that it is critical that these officials listen to doctors and experts and acknowledge the evidence being provided. 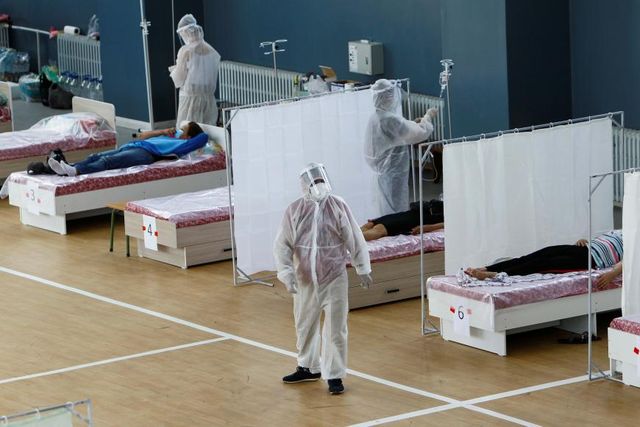 After a brutal lockdown that lasted more than two months, restrictions were eased on May 30 when India had less than 200,000 cases. Over 80 percent of all employed persons in India work in the informal sector, which includes street vendors, small-scale service, and agriculture. This is poorly regulated by the government and requires workers to congregate in makeshift stalls, crowded markets, and with numerous people. As such, these workers are often overlooked by the state and now bear the brunt of the pandemic and its economic woes.

Similarly, in South America, countries like Colombia (with over 8,000 new cases yesterday), Peru, Argentina, Bolivia, Ecuador, and Guatemala are facing a similar health crisis and economic distress among the working class and poor. Latin America has, for the first time, surpassed the combined number of cases from the United States and Canada, representing close to 27 percent of global cases.

Many of these countries now devastated by the rising tide of COVID-19 infections are also facing the debt juggernaut owed to banks and fund managers in Europe and the US. With debt servicing depleting revenue and health care costs soaring, the monies needed to fund necessary programs like utilities, infrastructure development, and education are being lost. This further exacerbates the indirect health and social crises that arise from the impact of the pandemic.

According to the World Bank, “The blow is hitting hardest in countries where the pandemic has been the most severe and where there is a heavy reliance on global trade, tourism, commodity exports, and external financing. While the magnitude of disruption will vary from region to region, all EMDEs [Emerging Markets and Developing Economies] have vulnerabilities that are magnified by external shocks. Moreover, interruptions in schooling and primary healthcare access are likely to have lasting impacts on human capital development.” Antonio Guterres, the United Nations Secretary-General, warned, “a series of countries in insolvency might trigger a global depression.”