Attorneys for Ghislaine Maxwell—who sits in jail awaiting trial on charges that she assisted convicted sex offender and super-rich financial advisor Jeffrey Epstein in abusing teenage girls—have filed a motion to stop court records from another case from being made public.

In their proposed protective order, Maxwell’s lawyers requested on Monday that the discovery materials from a 2015 defamation case brought by Virginia Roberts Giuffre be filed under seal in a Manhattan federal court.

The attorneys state that the discovery documents are “highly confidential” and contain “nude, partially-nude, or otherwise sexualized images, videos, or other depictions of individuals” that should not be “disseminated, transmitted, or otherwise copied.”

Maxwell’s lawyers have been working closely with prosecutors to review the trove of confidential documents from the 2015 Roberts Giuffre case which were unsealed last week by Senior District Judge Loretta Preska at the request of the Miami Herald and others on freedom of information grounds. 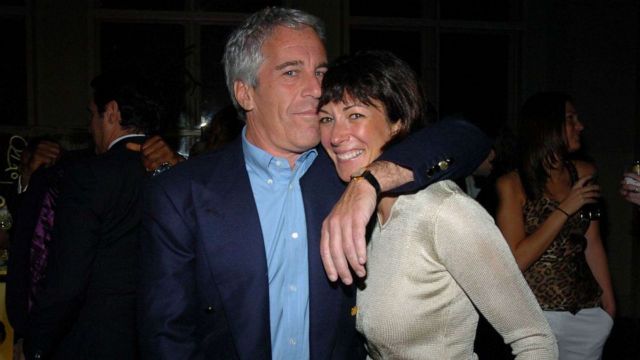 Giuffre sued for defamation in September 2015 after Maxwell publicly stated that the woman had made up the sexual abuse allegations against her and Epstein. After legal wrangling, the case was settled under seal in June 2017 with Maxwell reportedly paying Giuffre “millions.”

Aside from the potential damage to Maxwell’s current case, there is another fact of relevance to the strenuous effort being made by her attorneys to block the release of the discovery documents while she sits in a New York City lockup. Approximately 2,000 pages of documents from this case were unsealed on August 9, 2019, and, one day later, Jeffrey Epstein was found dead in his jail cell in the Manhattan Correctional Center, which was determined by authorities to be a suicidal hanging.

It was similar detailed information that was released in connection with a 2014 Florida filing in which Giuffre revealed that she had been trafficked by Maxwell and Epstein to Prince Andrew, Duke of York, on at least three separate occasions when she was 17 years old in 2001. A photo that shows Giuffre, Prince Andrew and Maxwell in Ghislaine’s London apartment has been circulated since 2011.

Other important details of the relationship between the two have established that Maxwell recruited Giuffre while she was a spa assistant at Mar-a-Lago in Palm Beach, Florida, owned by now-President Donald Trump, and groomed her for abuse by Epstein and his elite associates.

Judge Preska decided last Thursday to release the documents—which include the transcripts of the depositions of both Giuffre and Maxwell—on the grounds that the public interest in the matter outweighs any claims that the documents related to the Epstein sex trafficking ring would prove to be embarrassing or interfere with ongoing legal cases.

While Judge Preska’s decision opens the door to the unsealing of hundreds of documents that have been under seal since the 2015 defamation case, she also quickly granted Maxwell’s legal team a stay on the release pending their appeal. Judge Preska gave Maxwell attorney Lauren Menninger one week to file an emergency motion with the Second Circuit Court of Appeals. Judge Preska told both sides that they should proceed as though the documents will be made public “within a week.”

Maxwell was arrested at her mansion on a 156-acre secluded property in New Bedford, New Hampshire, on July 2. She has been charged with six counts of “transporting a minor for the purposes of criminal sexual activity,” “conspiring to entice minors to travel to engage in illegal sex acts” between 1994 and 1997 and perjury related to testimony she gave before the US District Court for the Southern District in New York in 2016.

Maxwell, 58, is being held at the Brooklyn Detention center where, according to authorities, she is considered a suicide risk. She was denied bail on July 14 by Judge Alison J. Nathan of Federal District Court in Manhattan on the grounds that Maxwell was a significant flight risk. Maxwell had proposed that she be held under house arrest wearing an electronic tether and that she put up collateral to back $5 million bail.

After denying the bail, Judge Nathan said it was “practically impossible” to set conditions that would ensure Maxwell—with her wealth and international connections—would return to court to face the charges against her. Judge Nathan also set the date for trial on July 12, 2021.

When questioned two days later about the president’s well-wishes to Epstein’s alleged madame, White House Press Secretary Kayleigh McEnany said Trump was attempting to see justice served. “What the president was noting is that the last person who was charged in [Epstein’s] case ended up dead in a jail cell, and the president wants justice to be served for the victims in this case, and he prefers this to play out in a courtroom,” McEnany said.

There are numerous photographs of Trump with both Epstein and Maxwell as well as statements from the future president praising Epstein as a “terrific guy.” While Trump switched his affiliation from the Republican to the Democratic Party during the years he was known to have had a relationship with Epstein and Maxwell, there are individuals from both political parties and among the elite in American society who also do not wish to have their relationship with Epstein made public or explored.

Ex-Trump advisor Anthony Scaramucci—who no doubt has first-hand knowledge of the filthy and criminal operations of the US ruling elite—had a plausible explanation for Trump’s friendly comment to the jailed Maxwell through the media. Scaramucci tweeted last Wednesday, “She has the goods on him. He is signaling ‘please don’t talk.’”