The protests in Russia’s far eastern city of Khabarovsk over the dismissal of the region’s governor, Sergei Furgal, have entered their fourth week, with several thousand people regularly showing up for protests every weekend. The protests began on July 11, over the arrest of governor Furgal from the far-right Liberal Democratic Party of Russia (LDPR). He is being charged with involvement in the murder of several businessmen in 2004–2005. Furgal was replaced with his deputy, Mikhail Degtyarev, who has called for an end to the protests.

Furgal’s arrest occurred just days after a referendum was held on constitutional amendments that will drastically strengthen the powers of the president, enshrine far-right values in the Russian constitution and diminish the powers of regional and municipal authorities. The Khabarovsk region, where Furgal won a sweeping electoral victory over his rival from the ruling United Russia party in 2018, had one of the lowest rates of approval for the referendum. 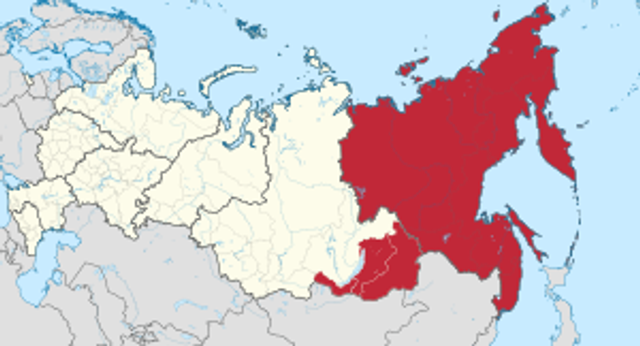 On September 13, regional elections will be held in 18 Russian regions. One political analyst told the Russian Forbes, “Now all potential Furgals, everyone who earlier looked at him and thought, that’s how I win the elections and become a governor and have the Kremlin tolerate me—now they will understand that the Kremlin will not tolerate them, and that this is a direct path not into the governor’s office, but into the prison cell.”

The protests over Furgal’s arrest have drawn from various social layers but have received the support of a substantial portion of the regional elites. According to Russian news reports, businessmen have not only participated in the protests but also supported them by handing out water bottles to demonstrators.

While some protesters have indicated anger over social inequality in interviews with the press, the demonstrations have been dominated by slogans expressing support for Furgal and opposition to Moscow such as “We hate Moscow” and “This is our region.” Some protesters also held up signs indicating solidarity with the pro-US protests that are now taking place in Belarus against the country’s president Alexander Lukashenko. Social inequality, the extreme poverty suffered by millions and the coronavirus pandemic, which is still ravaging the country, have not featured among the demands and slogans.

The pro-US liberal opposition is seeking to exploit these confused sentiments and the absence of an intervention by the working class to aggressively promote regionalism.

Alexei Navalny, the best-known leader of the “liberal” opposition, has publicly supported the protests and members of his staff in Khabarovsk and other cities helped organize demonstrations. Navalny has long demanded greater autonomy for the regions, and supported demonstrations in Yekaterinburg last year which were co-led by politicians who advocate an autonomous “Ural Republic.”

The Yabloko party, which is notorious for its ties to the US State Department, issued a statement “for people power and federalism.” Declaring its “solidarity” with the protesters in Khabarovsk, the statement insisted on greater powers for regional authorities, especially governors. The statement called for “the reinstatement of federalism and local self-government.” The party is demanding that the president not be allowed to remove and replace acting governors, and has called for direct elections of governors—which were abolished by Putin in the early 2000s—and direct elections to the Federal Council.

Mikhail Khodorkovsky, one of the most influential oligarchs of the 1990s, who was imprisoned under Putin and then released in an overture to the West in 2014, has also tried to intervene in the protests with his “Open Russia Foundation.” The foundation, which he created in 2014, is a thinly veiled tool for the preparations of US imperialism for a right-wing movement dominated by privileged layers of the population to oust Putin and replace his regime with one that is directly compliant with the interests and demands of Washington.

The foundation is run by various operators with close ties to Washington. In an event at Columbia University in 2018, Vladimir Kara-Murza, a leading figure in Khodorkovsky’s foundation, openly stated that the role model for their work was the Maidan protests in Ukraine, which were heavily funded by the US and resulted in a far-right coup in February 2014, triggering an ongoing civil war.

In videos, Khodorkovsky expressed support for the demonstrations and attacked what he called a “violation of federalism” by the Kremlin. By contrast, Khabarovsk was “defending the constitution against Putin,” he said. According to the Nezavisimaya Gazeta, the Open Russia Foundation sent their head, Anastasia Burakova, executive director Andrei Pivovarov, and the head of their Moscow division, Tatiana Usmanova, to Khabarovsk in order to “participate, see how the protests are going, gather experience.”

In an indication of the widespread popular hostility toward the opposition, which is widely associated with austerity and the promotion of the interests of US imperialism, the attempt by Khodorkovsky, Navalny and “Yabloko” to broaden the protests on August 1 ended in an abysmal failure. Only a few thousand people followed their call for national protests on that day in various Russian cities. In polls, 48 percent of the population have indicated that they support the protests in Khabarovsk.

The political intervention of the pro-US “liberal” opposition is aimed, above all, at turning sections of the upper-middle class and the oligarchy against Putin and winning them for a right-wing “palace coup.”

Under conditions of a profound economic crisis and increasing pressure from imperialism, the oligarchy is torn by growing conflicts over both domestic and foreign policy. Local elites have been trying to exploit social discontent for their own interests in their power struggles with federal elites over the control of regional resources and companies. This includes figures like Furgal in Khabarovsk, who has made demagogic appeals to social discontent, while promoting extreme nationalism.

Such conflicts dominated to a significant extent the power struggles within the rising oligarchy after the destruction of the USSR by the Stalinist bureaucracy in 1991. In his first term as president, Vladimir Putin emphasized strengthening the powers of the federal authorities over the regional authorities in order to bring these conflicts under control.

However, they have now assumed a renewed intensity, leading historian Anatoly Savchenko to compare conditions today to those prevailing in the 1990s.

Russia’s far east has long been at the center of such power struggles. The region is very rich in raw materials, especially metals, timber, and oil and gas, and accounts for a third of the country’s landmass. However, it is home to only 4.4 percent of the population. The far east is also one of the least economically developed regions in the country, and has high mortality and depopulation rates.

By virtue of its geographic location on the Russo-Chinese border and the Pacific Ocean, the region is of key geostrategic significance to Russia. The region also shares maritime borders with the United States and Japan. Vladivostok and Khabarovsk, the two largest cities of the far east, are home to important military bases and are production centers of the military industrial complex.

The working class has nothing to gain from the promotion of regionalism, nationalism and separatism, which only serves the interests of the oligarchy and imperialism. Under conditions of a rapid breakdown of the world capitalist system and an ongoing threat of the coronavirus, workers in Russia must orient toward the struggles of their class brothers and sisters around the world and develop their own independent class opposition to the Putin regime and the entire capitalist system.