A massive social and economic catastrophe is unfolding in the United States. More than 170,000 people—predominantly workers and the elderly—are dead from the COVID-19 pandemic. Thirty million have lost their jobs. One fifth of mothers with young children say their families do not have enough to eat. In July, half of Americans said they felt depressed or hopeless. 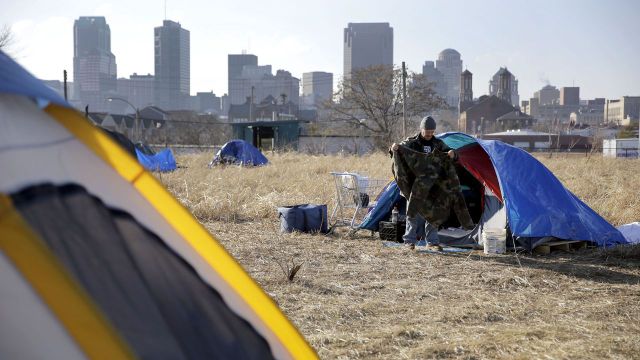 And this was all before Congress allowed federal unemployment benefits to expire, slashing the incomes of the tens of millions of unemployed people by two thirds overnight and throwing them, and their children and dependents, into poverty.

The world looks very different when viewed from the standpoint of the ruling class. For the super-rich, “things are better than normal,” observes one insider account in Vanity Fair. They are “mostly living life as they did before coronavirus,” with one exception: they are far wealthier.

With the NASDAQ up by 20 percent over the past year, the wealth of America’s top ten billionaires has surged by a combined 22 percent.

America’s health care workers have been forced to treat COVID-19 patients without the most basic personal protective equipment (PPE). Teachers and students, forced to return to crowded schools, have been denied PPE as well. One teacher posted a photo of a single mask, a package of alcoholic wipes, and one bottle of disinfectant, noting “this is what the school gave me for PPE for the entire year.” Another added, “Seems they forgot the urn for my ashes.”

For the millions of front line workers in America, preventive testing is out of the question under conditions where tests take more than a week to return, making them effectively useless. Indeed, despite the surging pandemic, daily testing has declined by more than 20 percent in the US, with one leading diagnostics company admitting in internal documents that tests are taking more than 10 days to return.

This problem does not exist for the super-rich. Vanity Fair recounts that one “billionaire in Los Angeles has been hosting lavish dinner parties (no social media allowed) where an on-site nurse administers 15-minute coronavirus tests outside as guests drink cocktails, and allows them in to dine once their test comes back negative.”

The New York Times interviewed a doctor at a concierge medical service in the Hamptons, who provides instant on-demand testing, who said, “We’ve gone to these private, private, private events, where they have me sign a ‘nothing you see in this house can be leaked’ document.”

Crowded planes are not a problem for the oligarchs as they fly private and chartered jets between their multiple homes (the average ultra-high-net-worth individual owns nine homes abroad). NetJets, the private jet chartering service, reports that requests were up by 195 percent over the previous year.

Meanwhile sales of yachts grew by 51 percent in May compared to April.

While students are piled into crowded classrooms, “One California government official” told Vanity Fair that “some public school teachers are being enticed away to teach a single child in more affluent areas, like Beverly Hills and Palo Alto—a scenario this person called ‘fucked up,’ and one that’s proving to be a real problem for school systems.”

One doctor added, “Coronavirus is a poor person’s virus. We’re seeing it spread in poor neighborhoods, to poor families who have to go to work and live in close proximity to each other, and poor kids are the ones who will not get a proper education.”

It is this class reality that underpins all aspects of the US government’s response to the pandemic, which has been characterized by total disregard for the health, safety and well-being of the vast majority of the population.

For months, the Trump administration deliberately sabotaged any effort to contain the pandemic through testing, fearing this would trigger a panic on the stock market. When it became clear that the pandemic was raging throughout the country, the US ruling class’s response was to carry out a massive bailout of major corporations and banks, to the tune of some $6 trillion.

A major US foundation recently called for the allocation of just $75 billion to create the most minimal system of testing to contain the pandemic. And yet this figure, less than the amount of money Jeff Bezos made in a single year, remains somehow impossible to raise in a country that spends $1 trillion on its military every year.

For the ruling class, the death of tens of thousands of people is a non-issue, so long as its own wealth and profits are secured. The oligarchy has all the tests it needs, and it is wealthier than ever. Mass unemployment for workers means lower wages, lower labor costs and higher profits.

With their bailout secured and the stock markets surging, the only concern of the American oligarchy is that workers get back in the factories, and that workers’ children be herded back to the schools so that their parents can report for their shifts.

The claim by the Democrats that the COVID-19 disaster was the outcome simply of Trump’s mismanagement is a fraud. Every state opened businesses prematurely, whether led by Democrats or Republicans, with many not even meeting CDC guidelines before reopening. The leading spokesman of the campaign to reopen schools is Andrew Cuomo, who has declared that all schools in New York State should reopen.

The election, whether it results in a Biden presidency or the reelection of Trump, will not address the pressing issues facing the working class. This is because the US ruling class’s homicidal response to the pandemic is rooted, fundamentally, in capitalism and the class interests that dictate government policy.

It is impossible to defend the most basic social rights of the working class—even the right to life itself—within the framework of the capitalist social order. It must be rooted out completely and replaced with socialism and the rational organization of society to meet social needs.