US attempting to block Spanish investigation into CIA spying on Assange

El País revealed on Thursday that US authorities are refusing to cooperate with a Spanish investigation into alleged illegal spying on Assange by the Central Intelligence Agency (CIA), unless they are provided with a raft of information including the details of witnesses whose identity has been kept anonymous for their own protection.

The report is only the latest confirmation that the US attempt to extradite Assange from Britain, so that he can be prosecuted under the Espionage Act for exposing American war crimes, is a frame-up being carried out in defiance of basic legal norms.

The US bid to block the Spanish investigation goes hand in hand with other abuses that have been on display in the first week of resumed British extradition hearings, which began on Monday.

This included the filing of a new superseding indictment of Assange, just weeks out from the start of the hearings. The purpose was to overwhelm Assange’s legal team and defence witnesses with thousands of documents after they had finalised their case. Judge Vanessa Baraitser, who is presiding over the show-trial, assisted these efforts, rejecting a defence request that new material in the indictment be excised, and then dismissing calls for a delay so that Assange’s lawyers could respond to the allegations, which are substantially based upon the slanders of two FBI informants.

US attempts to prevent the exposure of the CIA spying are of a piece with this. The surveillance is referenced in the skeleton defence argument for the current British extradition hearing, published online, where it is described as follows:

First, his lawyers were targeted for surveillance operations and their meetings with Mr Assange were recorded by private security agents acting on behalf of the US whilst he was sheltering in the Ecuadorian Embassy. During this time, his lawyers were under physical surveillance by these agents and their offices were broken into… Intrusion into Legal Professional Privilege of this nature is universally recognised as the very height of abuse of power.

After outlining other abuses, of a similar nature, the defence argument explains:

All this points to an agenda that is not confined to a bona fide prosecution. It also points to a clear disregard for the rule of law. It violated the sanctity of diplomatic premises. And it took place in this country, which is relevant to the question of abuse.

Clearly, the Spanish investigation, which the US is seeking to stymie, has major implications for the extradition case and for Assange’s fate.

The revelations of the CIA spying were first brought to public attention by an El País article in October last year. It detailed allegations that UC Global, a Spanish security firm contracted by the Ecuadorian government to protect its London embassy, had entered into a secret agreement with US authorities to provide detailed surveillance of Assange, who was residing in the building as a political refugee.

The same month, David Morales, the head of UC Global, was arrested by Spanish police, over a raft of accusations, which El País said included “violating Assange’s privacy and attorney-client privilege, as well as misappropriation, bribery, money laundering and illegal possession of arms.” Morales was later released on bail, while the investigation has proceeded under the direction of Judge José de la Mata. 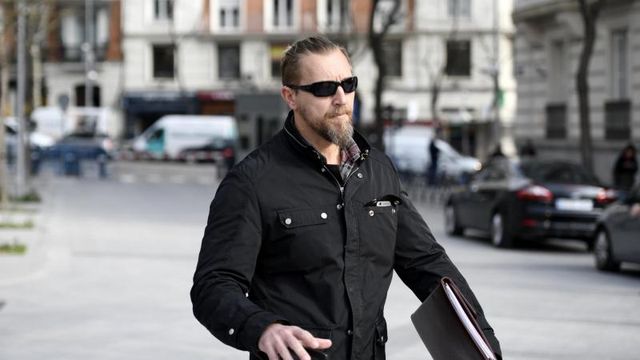 The El País coverage, and other material that has been made public, alleges that Morales met with emissaries of the US intelligence agencies in 2015, and entered into an agreement to covertly surveil Assange on his behalf. He reportedly told subordinates that UC Global was now “playing in the premier league,” had gone over to the “dark side” and was working for the “American friends,” without the knowledge of the Ecuadorian authorities.

The spying allegedly persisted until March, 2018, at which point UC Global no longer provided “security” at the London embassy. Material made public demonstrates the pervasive character of the spying, with video clips published online showing Assange meeting with his lawyers, friends and colleagues.

In 2017, UC Global allegedly “upgraded” its spying mechanisms, allowing it to capture audio as well as video recording throughout the building. This was reportedly uploaded to a server, to which the US intelligence agencies had access. The personal information of Assange’s visitors was stolen, including details of their phones which would enable remote hacking.

Since the initial El País reports, the sinister character of the operation has become clear. In 2017, Morales allegedly asked his employees to provide information that could be used to leave the embassy unsecure, to facilitate the kidnapping of Assange. There were reportedly discussions about the possibility of poisoning the WikiLeaks founder. One employee was instructed to try and take a sample from the soiled diaper of Assange’s infant child, to establish paternity.

Even from material that has been publicly released, it is evident that Morales was working on behalf of the US state. Emails he sent in March, 2017, showed an IP address in Alexandria, Virginia, a hub of the intelligence agencies, just weeks after the establishment of an FBI “counter-espionage” squad whose activities would culminate in the laying of charges against Assange by the Trump administration.

Investigative journalist Max Blumenthal, as well as others, have established the mechanisms of the arrangement, showing that the “middle-man” was the security company of Sheldon Adelson, a billionaire and one of Trump’s leading donors. Morales liaised with Adelson’s top security staff, who had the closest ties to the US state, as well as the American and Israeli intelligence agencies.

Proof of the US involvement in the spying is also furnished by the fact that the information gathered was the basis for so-called “active measures,” i.e., political and legal attacks based on intelligence collection. 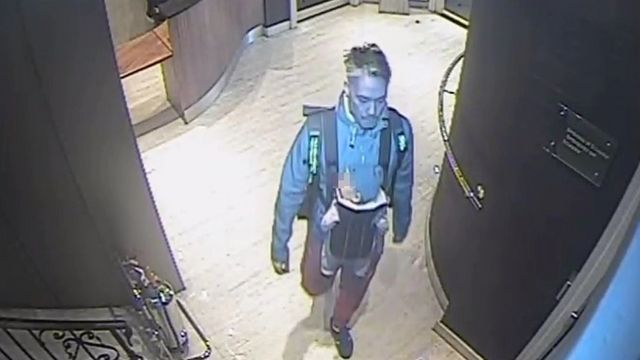 Most notably, on December 20, 2017 Assange met with Rommy Vallejo, the head of Ecuadorian intelligence, in the London embassy. The secret briefing was the last stage in preparations for Assange to leave the embassy on Christmas Day, under conditions of a diminished British police presence.

Assange was going to use protections contained in the Vienna Convention, by being appointed a diplomat of Ecuador or another sympathetic government. A day later, on December 21, the US Justice Department issued an international arrest warrant for Assange, scuttling the plan. It appears unquestionable that this was because they had watched the entire meeting with Vallejo, captured on UC Global’s spy cameras.

In their attempt to block the Spanish investigation, the American authorities are seeking to prevent any judicial confirmation of this damning record, which brands the US-led pursuit of Assange as a gangster-operation in violation of innumerable international laws and domestic legislation across multiple jurisdictions.

According to El País, US prosecutors recently sent a letter to María de las Heras, a liaison judge for Spain in the US, asking her to forward its contents to Judge José de la Mata of Spain’s High Court.

El Pais stated that de la Mata had requested the details of IP addresses in the US that had connected to the server where the surveillance material on Assange was uploaded, located in the Spanish city of Jerez de la Frontera, where UC Global had its headquarters. The US refused to cooperate and sent their reply, which, according to El Pais, contains:

a long list of questions regarding every aspect of his investigation, including who he believes that Morales was providing information to, or whether the judge thinks Morales was working for a foreign information service or as an agent for a foreign power—or whether it was simply a case of bribery. US prosecutors have asked for all this information to be relayed before October 16, otherwise “we will assume that Spanish authorities are not interested” and the request will be shelved.

The US response is a tacit admission that everything that has been alleged by Assange’s lawyers and in the press is true. If it were not, why would American authorities seek to stymie the investigation?

The US letter also demanded “the sources of information for most of the assertions made in the request for judicial cooperation.”

In addition to being a blatant act of judicial interference, in an investigation over which the US has no jurisdiction, this is a transparent attempt to intimidate witnesses, whose anonymity has been maintained to ensure their security. Previous UC Global staff, testifying against Morales, a former Spanish navy marine turned mercenary, and his CIA masters, have every reason to fear for their safety. When Morales was raided by Spanish police last year, a gun with its serial number filled off was among his possessions.

Finally, it should be noted that in addition to establishing the lawless character of the British and US campaign against Assange, the revelations of the surveillance are a damning indictment of the corporate media. For years, they derided Assange’s suggestions that he was the target of intensive US spying and dirty tricks operations as a groundless conspiracy theory.