Australia’s brutal immigration policy in Stateless: “What is my crime?”

Partly inspired by the real-life story of Cornelia Rau, an Australian permanent resident who was unlawfully detained under the Australian government’s mandatory detention program, the program lifts the lid on the brutality not only of that country’s immigration policies but those of every capitalist government. 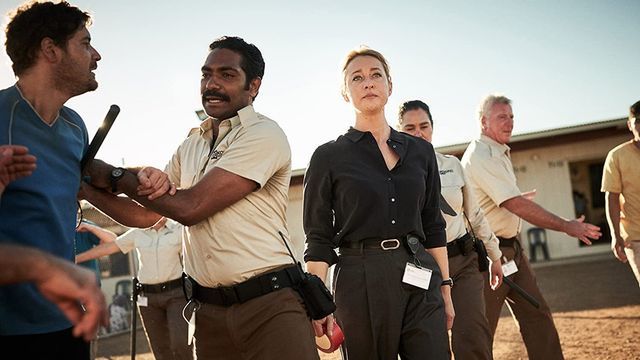 Through their prosecution of bloody colonial wars, the imperialist ruling elites are responsible for the massive refugee crisis. Stateless deals specifically with the wrongful incarceration and deportation of persecuted immigrants mostly from war zones, the denial of elementary medical and psychiatric care to detainees and the cruel and inhuman punishment of inmates in isolation cells.

In a parched, desolate part of Australia, a primitive immigration center called Barton houses displaced refugees, dubbed UNCs or “unlawful noncitizens.” The exception is the Rau-inspired character, Sofie (Yvonne Strahovski), a former flight attendant and victim of a cult, who seems to have been sexually abused by its sinister leader (Dominic West—Blanchett plays his enabling wife). In a state of mental collapse following her expulsion from the predatory group, Sophie lands at Barton.

Living in squalor, the inmates have wrenching stories. One old man sits stoically with his suitcase in the middle of the courtyard waiting for a legal admittance to Australia that never comes. The simple demands of two Tamils protesting on a blazing hot roof are never met. As one young woman is being dragged out of Barton and slated for deportation, she cries out: “I am Kurdish. I was raped and tortured in Iran. I will survive your torture here. What is my crime?” Out of despair, some detainees have been scratching away at a tunnel under the barbed-wire fences.

The painful situation and dilemma of Ameer (Fayssal Bazzi) lie at the center of the series. Having escaped with his wife and two daughters from a torturous fate in Afghanistan, he is robbed by an unscrupulous people smuggler on his journey to Australia. Risking life and limb, Ameer recoups his money, and bids goodbye to his family as they embark on a small rickety boat. Tragically, only his eldest daughter escapes a watery grave. Ameer, eventually reunited with his surviving daughter at Barton, is thereupon accused by the Australian authorities of being a people smuggler himself because of a misleading video. Never bothering to investigate the false allegations, immigration officials are prepared to use the beleaguered man to convince the public that their methods are needed as a safeguard against such dangerous criminals. 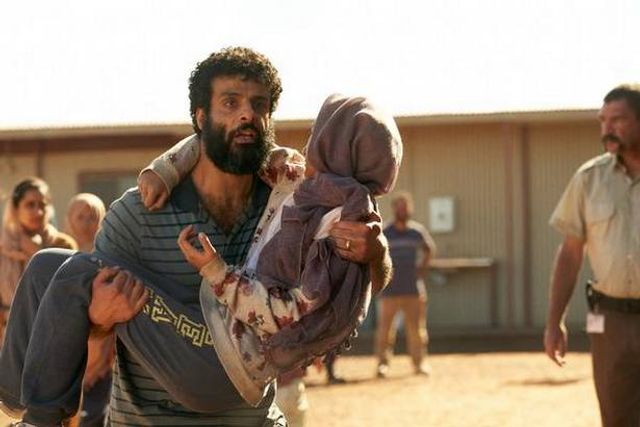 At one point, Ameer movingly confronts Clare (Asher Keddie), who has been brought in to run the facility and charged with shielding its goings-on from the press: “I am a teacher, a father and a man of faith. Why can’t you see that when you look at me?” But all she sees is what her superiors want her to see—a useful scapegoat.

In an act of sheer desperation, Ameer dissociates himself from his daughter so she can be placed in foster care in Australia—an emotionally devastating outcome for both parent and child.

Meanwhile, Cam (Jai Courtney) has been hired as a guard at Barton, joining a generally brutish, xenophobic force. He trades in his compassion for a good wage. “Your wife and your children will smell it and will know what you are,” says one inmate after receiving a beating from Cam.

Cam’s sister, on the other hand, is prepared to do whatever she can to assist the asylum seekers, including engineering an escape from the detention center. In the end, both Cam and Clare (“People are dying coming here. Families are being destroyed”) attempt to recapture something of their humanity.

Stateless is well-made with genuinely committed performances. It is one of the shamefully few works that addresses one of the most pressing problems on the planet. In an interview with Deadline, Blanchett, a goodwill ambassador for the United Nations High Commission for Refugees, asserted that the “title of the series refers to statelessness in a more poetic sense, not in a legal, physical sense. It’s more about identity and the loss of people’s identity when they are faced with long-term detention, when they become a number, when they are dislocated from markers in their life like home and culture, and separated from their families…” She continues, pointing out that the refugees “don’t have a legal identity, which has obvious consequences on their ability to enjoy basic human rights.”

Elsewhere, Blanchett generalizes that the “global displacement crisis is not going to be solved by any one country, nor is climate change, nor is the pandemic.” 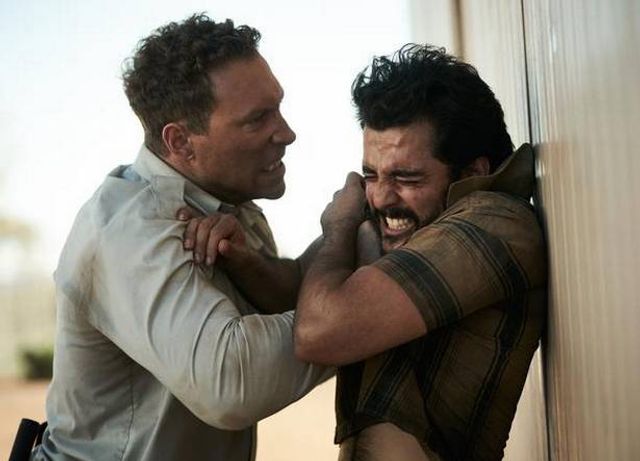 When the case of Cornelia Rau was exposed, the WSWS wrote in May 2005 that the horrific practices in Australian detention centers, which had set terrible global precedents, were the “logic and structure” of a system that gave the government the total power to seize and detain undocumented or otherwise vulnerable immigrants and deport or “disappear” them into detention.

As the COVID-19 pandemic continues to rip through the global population, the disease is having an especially devastating impact on the almost 80 million displaced people, the highest number on record.

In every country the refugee crisis is being used to divert attention from the social crisis by whipping up nationalism and anti-immigrant chauvinism. Furthermore, the ruthless suppression of immigrant rights is a rehearsal for more far-reaching authoritarian measures. A ruling elite carrying out deadly attacks on the refugee population has already begun to employ the same methods against the entire working class. This situation is far more advanced today than in 2012, which the filmmakers refer to as the year a policy change was made as a result of the Rau exposure.

Frantic refugees, who have undertaken life-threatening voyages in an effort to find safety and security for their families from imperialist wars, are victimized as potential terrorists. They are herded into hellish camps in northern and central Australia, or forced to languish on remote Pacific islands. The never-ending wars of conquest and plunder have turned the planet into a “foul prison,” in Leon Trotsky’s phrase. Stateless at its best provides indelible pictures of the brutality of the Australian and global immigration system.