Daniel Ellsberg gave powerful testimony to the Julian Assange extradition hearing yesterday, speaking via videolink to London’s Old Bailey. Ellsberg’s release of the top-secret Pentagon Papers in 1971 exposed the US government’s lies and criminality in the Vietnam War.

Speaking on the significance of the WikiLeaks releases, Ellsberg said, “It was clear to me that these revelations, like the Pentagon papers, had the capability of informing the public that they had been seriously misled about the nature of the [Iraq and Afghan] war[s], the progress of the war, the likelihood that it would be ended successfully or at all, and that this was information of the highest importance to the American public.”

Characterising the wars that WikiLeaks exposed, Ellsberg explained, “The Iraq war was clearly recognisable, even to a layman, as a crime against the peace, as an aggressive war.” 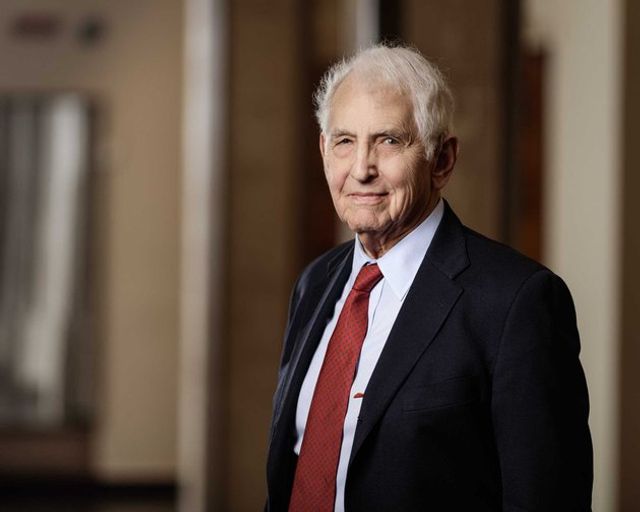 “[T]he Afghan war was immediately recognisable as what might be called ‘Vietnam-istan.’ It was a rerun of the Vietnam war despite the great differences in terrain, in religion, in language … [T]he basic nature of the war, as basically an invasion and occupation of a foreign country against the wishes of most of its inhabitants, was the same. And that meant the prospects were essentially the same, which were for an endless stalemate which we’ve now experienced in Afghanistan for 19 years. And it might have gone on that long in Vietnam had not truths that the government was trying to withhold been made public.”

Referring to the brutality of these occupations which the WikiLeaks releases uncovered, Ellsberg said, “I saw for the first time in virtually forty years … since the Pentagon papers, the release of a sufficient quantity of documentation to make patterns of decision making [in the war] very evident, to show that there were policies at work and not merely aberrant incidents.”

He drew special attention to how the documents had exposed “a very serious pattern of actual war crimes. … In the Afghan case the reports of torture and of assassination and death squads were clearly describing war crimes. I would have, by the way, been astonished to see such reports in Secret level communications [as opposed to Top Secret] in 1971 or 1964 in the Pentagon. They would have been much higher in classification. What these reports revealed was that in the intervening years, in the Iraq War and the Afghan War, torture had become so normalised, and death squads and assassination, that reports of them could be trusted to a network at the Secret level available to … people with low-level clearances.”

Ellsberg said of the Iraq “Collateral Murder” video, “We were watching somebody pursue with his machine gun an unarmed man, wounded, crawling for safety. … I was very glad that the American public was confronted with this reality of our war.”

The prosecution continued with its strategy of trying to distance the Assange case as far as possible from the exposure of war crimes. James Lewis QC asked in cross examination, “Do you know that Mr Assange is not being prosecuted for publishing on the internet the ‘Collateral Murder’ video … In so far as publishing on the internet he is only charged with three counts, 15, 16 and 17, which is limited to where the unredacted names of informants were published.” Ellsberg gave this ploy short shrift, describing it as “misleading … It’s my understanding that he is not only being charged with 15, 16 and 17.” 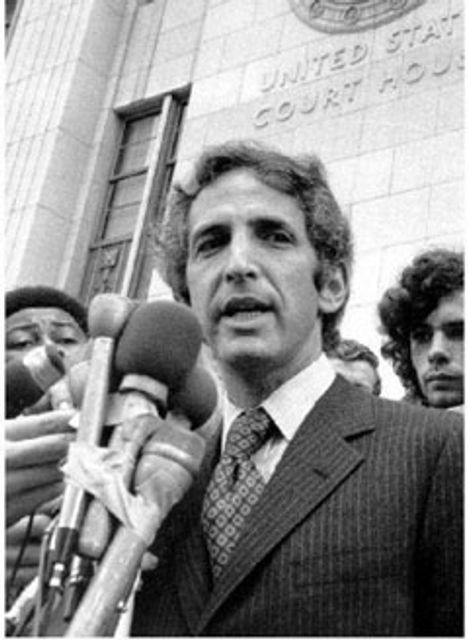 Lewis also tried to drive a wedge between Assange’s actions and Ellsberg’s in the case of the Pentagon papers. Ellsberg rejected this also, saying he “felt a very great identification with both the source and with the process of publication” and that he and Assange shared “a great disagreement with not only the current administration but with all recent past administrations in the American government. Namely, that there was such a lack of transparency in government decision making, in really all of its declarations to the public—so many of them were untrue—as to the nature of the conflict, the prospects for success, what was being done in our names, that there was no effective democracy.”

Earlier suggestions made by the prosecution that Assange did not have political motivations for his actions that are of relevance to his being charged were “extraordinary and absurd,” Ellsberg said.

When Lewis argued that Ellsberg had chosen not to release four volumes of the Pentagon Papers because he had not wanted to “damage the interests of the United States,” Ellsberg corrected him with a “more full description” of his actions. He explained that he had not withheld the volumes—which related to ongoing negotiations between the US and the North Vietnamese—to hide names but to prevent the release being used by the US as an “excuse for the failure of negotiations or even for stopping them. As I remember saying at the time: ‘I want to get in the way of the war, I do not want to get in the way of negotiations.’”

Ellsberg described how, “In the forty years since the Pentagon Papers ended, I’ve been subject to a great deal of defamatory comment by some people, and then a long period of neglect by the media, and all of a sudden with the Manning and Assange papers, I found my name being mentioned all the time as a very good person … to use me as a foil against these new revelations which were supposedly very different from mine … I totally disagree with the ‘good Ellsberg-bad Assange’ theory.”

The prosecution attempted to suggest that there was clear evidence the release of unredacted documents by WikiLeaks had led directly to the harm of named individuals. Ellsberg countered this “cynical” claim robustly, at one point challenging Lewis, “Am I right in believing that not one [of the individuals said by the US government to have been put at risk] actually suffered physical harm. … Isn’t the answer no?”

Shortly after this exchange, Assange rose to speak, saying, “Through rhetorical sleight of hand the prosecution is suggesting that I put lives at risk. It needs to be corrected immediately. The harm to me will be irreparable.” After he was silenced by District Judge Vanessa Baraitser, the video link to the journalists watching was severed without explanation, only being reconnected 10 minutes later with proceedings still ongoing.

The event underscored Ellsberg’s warning earlier in his testimony that his own anti-democratic treatment at the hands of the US legal system now threatened Assange. He explained that at his trial under the Espionage Act, his lawyer was barred from asking him why he had copied and leaked the Pentagon Papers as “irrelevant.” “It turns out that every single case since then, two before President Obama, nine under Obama, has been subject to this exact same interpretation of the Espionage Act … the notion of motive or context is irrelevant.”

This is, Ellsberg said, “absolutely inappropriate for being used against whistleblowing where the very purpose and context of the act is to inform the public for the good of the polity … The meaning of which is I did not get a fair trial … no one since me has had a fair trial under those charges. Julian Assange could not get a remotely fair trial.”

Ellsberg’s case was eventually thrown out when it was revealed that the US government had tried to steal the notes of his psychiatrist and wiretapped his conversations. Drawing the parallel between his persecution and that of Assange, Ellsberg said, “On the Espionage aspects I see no difference between the charges made against Assange and against me, and no difference in connection with the illegal acts taken—surveillance which in my case involved cordless wiretaps and efforts to incapacitate me and, as I understand it, in Assange’s case involved illegal wiretaps of his communications with his lawyers.”