David Walsh is the World Socialist Web Site Arts Editor. He began to write about art and culture for the Bulletin, the newspaper of the Workers League, the predecessor of the Socialist Equality Party in the United States, in September 1991. Walsh was instrumental in the expansion of coverage of artistic and cultural developments with the launch of the WSWS seven years later. He is the author of The Sky Between the Leaves, a collection of essays on film, culture and socialism available from Mehring Books.

Lectures and essays on art and socialism

The Aesthetic Component of Socialism

Art expresses things about life, about people and about oneself that are not revealed in political or scientific thought. To become whole, human beings require the truth about the world, and themselves, that art offers.

The objective character of artistic cognition

Edward Said, a Palestinian and a professor of literature at Columbia University in New York City, has set himself the task in Culture and Imperialism of offering "a history of the imperial adventure rendered in cultural terms."

Marxism, art and the Soviet debate over “proletarian culture”

This lecture was delivered by David Walsh, the arts editor of the World Socialist Web Site, at the Socialist Equality Party/WSWS summer school held August 14 to August 20, 2005 in Ann Arbor, Michigan.

Film is little more than a century old. It is an art form whose entire history is contained, for all intents and purposes, in the twentieth century, a century of convulsive and often tragic events, of global civil war, of gigantic and as yet unresolved social struggles.

The political and theoretical sources of The Sky Between the Leaves

WSWS arts editor David Walsh gave a talk in Detroit recently to SEP members and supporters to mark the publication of The Sky Between the Leaves. 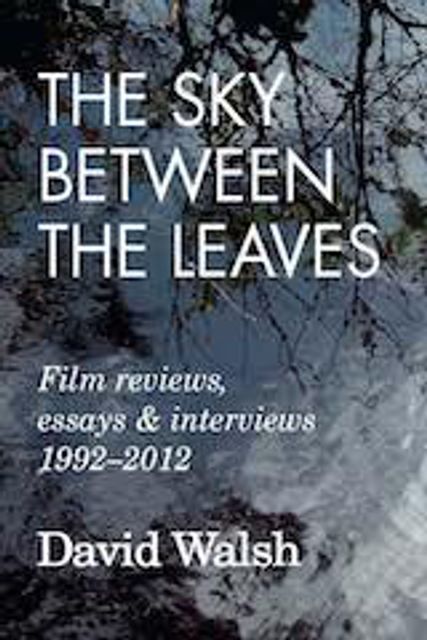 Videos
Should art be judged on the basis of race and gender?

What are the great questions of our time? In our view, social inequality, the threat of dictatorship, the drive to war. The unification of the working class across all ethnic and national lines, politically directed against this rotting system, is decisive.

Read and watch
Art and the working class

In this report to the 2014 Workers Inquiry into the Bankruptcy of Detroit, Walsh explains why the defense of the Detroit Institute of Arts, along with other museums, libraries and cultural institutions, and the right of the working class to have access to culture are vital.

Read and watch
A discussion on Sky Between the Leaves

WSWS journalist Andre Damon interviews Walsh about the themes, content and political background of his book, Sky Between the Leaves, published in 2013.

Watch
Available from Mehring Books
2013
The Sky Between the Leaves

A unique collection of film reviews, essays on film and interviews with directors and film critics spanning the 20 years from 1992-2012.