Early Tuesday morning, a six-year-old child died in a house fire on Detroit’s southwest side. His brother, 4, was hospitalized in critical condition. This is the seventh death from a fire so far this year in the city. Three of the victims were children.

On Saturday, a nine-month old baby died in a house fire on the city’s east side.

Each of the fires erupted in poor, working class neighborhoods. While the blaze on the east side was in a neighborhood consisting almost entirely of black families, the fire in the southwest was in a mixed neighborhood with black, white and a large Hispanic population.

Tuesday’s fire broke out around 7 a.m. at 5277 Tarnow Street, on the upper level of a two-story flat. The two children, six-year-old Miguel Chavez and his brother, Julio Chavez, 4, lived in the apartment with their mother, Sylvia Chavez.

Already there are allegations that the children were left alone and that the mother could be held responsible for their fate. Neighbors believe she may have been working when the fire took place. 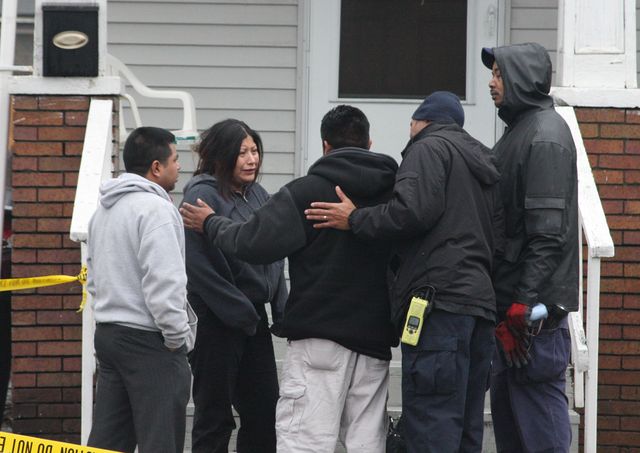 Sylvia Chavez, despondent after hearing that her son died

When the mother reportedly arrived back at the apartment, she was not allowed into the home but instead was questioned by the police in a squad car in front of the house with an interpreter. It was only after being interrogated that Sylvia was informed of the death of her six-year-old son. She fell to the ground, wailing his name. Friends then took her to the hospital. 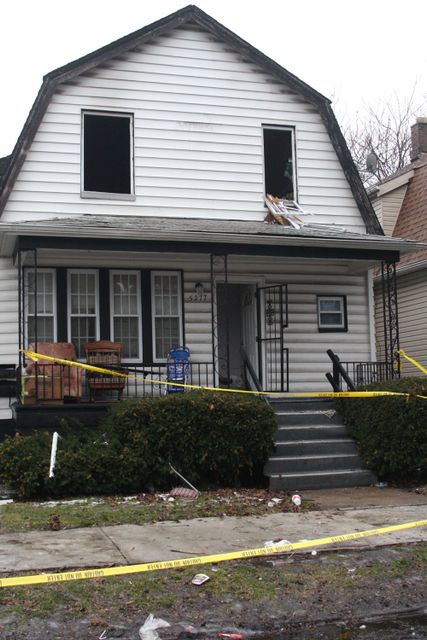 The house on Tarnow St. where the fire took place

News reports state when firefighters arrived they removed the two children from the home and immediately tried to resuscitate them. Unable to wait any longer for a medic, firefighters could be seen rushing the children to a squad car for transport to a hospital.

The cause of the fire has not been determined. One news report said the cause may have been a space heater because the family did not have heat in the home.

There are conflicting reports about what happened with the failure of a medic to arrive at the fire. The World Socialist Web Site spoke to the Detroit Fire Department, which indicated that two engines, as well as a squad and ladder truck were on the scene along with a chief. “We were told initially that this was a dwelling fire,” stated a spokesperson for the fire department. “Normally, an EMS truck is not sent to a dwelling fire. They only go if there are occupants.”

A source with the Detroit Emergency Medical Service told the media that the city put out a call for an ambulance that would have come from Joy and Southfield, nearly six miles away. The source told reporters that the closest ambulance was on a “minor run,” and the next closest was broken down.

Public anger is building up over budget cuts in fire and emergency services. In the past year alone, the city has shut down 15 fire stations and regularly carries out a rotation of eight or more “browned out” stations, i.e., stations that are temporarily closed, in order to meet budgetary restrictions. Many of the department’s engine rigs do not work, and numerous Emergency Medical Service ambulances are out of commission. 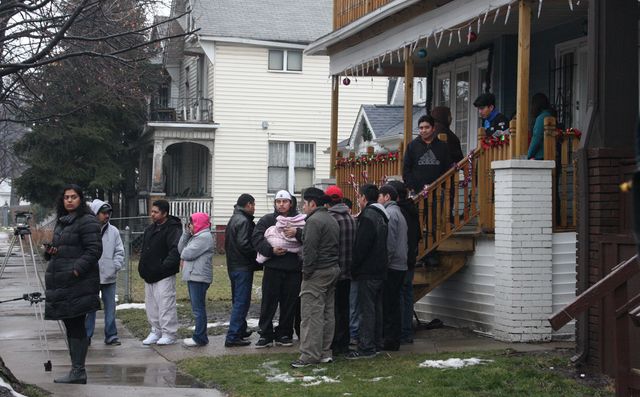 Neighbors gathered across the street from the fire

“I don’t know her all that well, but I know the mother was struggling,” said a Hispanic neighbor gathering with other friends across the street. “She was doing all she could to keep a roof over her head. She was a single mother and the father of the children was deported to Guatemala.”

“It’s not only her,” he continued. “A lot of people are in this position. There are a lot of single mothers because of the deportations.”

Another neighbor, who also preferred to speak anonymously, said, “Things are pretty difficult for a lot of people because it is hard to find a job. And it is especially bad in Detroit.”

“Last week, right over there,” he commented, pointing, “a guy was shot on the corner. You have a lot of gangs and things because of the job situation.”

“But it is especially hard on single mothers. I have to work because I have a family at home. I can only imagine that if I am not at home my wife is going to have to support the children. I’m sure she was probably working to support her kids. I’m legal, but I know a lot of people are not legal.” 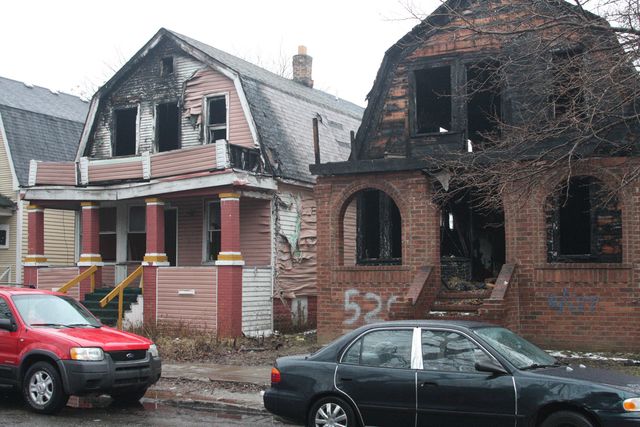 Another neighbor lamented that he has seen the decline of the neighborhood because of the economy and the housing crisis. “This used to be a beautiful block. I know the guy who tried to fix that house on the corner. And here, they just walked away because they went into foreclosure.”

“I blame the city for not doing anything to help people,” he added. “Look at these houses. They are burnt and the city won’t tear them down. They gave me a fine for a gutter that was stolen but the biggest safety hazards are these homes that aren’t boarded up.”