According to the Labor government and the mainstream media, Australia has one of the lowest unemployment rates in the world. In reality, joblessness has risen to depression levels, and is worsening, in working class suburbs across Australia.

Officially, the unemployment rate rose from 5.4 percent to 5.6 percent in March, under the impact of relentless job cuts by major companies and deepening spending cuts by the federal and state governments. This jobless figure was the worst since 2009, during the immediate fallout from the global financial crash.

During March, the number of jobs fell, by 36,100, and aggregate monthly hours worked dropped by five million. The participation rate also dropped, from 65.3 percent to 65.1 percent, indicating that growing numbers are giving up looking for work.

Over the past year, the jobless rate has risen steadily from 5.1 percent, adding about another 60,000 workers to the unemployment lists, which now total 687,000. Just two years ago, in its 2011 budget, Prime Minister Julia Gillard’s government declared that Australia had weathered the economic storm and the unemployment rate would fall to 4.5 percent by mid-2013.

Gillard dismissed the latest results, insisting that Australia’s jobless rate was far lower than in other industrialised countries. In reality, the Australian Bureau of Statistics estimates hide the depth of the jobs crisis, firstly because they only count people as unemployed if they worked less than one hour a week.

Another calculation, by the Roy Morgan polling company, put the March jobless rate at almost double the official figure, with 1.37 million people out of work, or 10.8 percent of the workforce, up from the initial global financial crisis peak of 8.0 percent in February 2009. According to Morgan, another 936,000 people were under-employed—working part-time and looking for more work.

None of the jobless statistics reveal the mass unemployment in the working class areas. The most recent small area labour market statistics, published by the federal employment department, show that Inala, for example, in the Queensland capital of Brisbane, had a jobless rate of 23.5 percent in December, up from 16.7 percent over the previous 12 months. Other southern Brisbane suburbs had rates almost as high.

In these areas, years of industrial decline, the result of government-backed restructuring, are being compounded by the Gillard government’s support for a new wave of corporate job-shedding and its own austerity measures, which include the abolition of sole parents’ benefits once children turn 8, designed to push single parents into low-paid work.

Last weekend, WSWS correspondents interviewed workers in some of the worst-affected suburbs in Brisbane, Sydney and Melbourne. 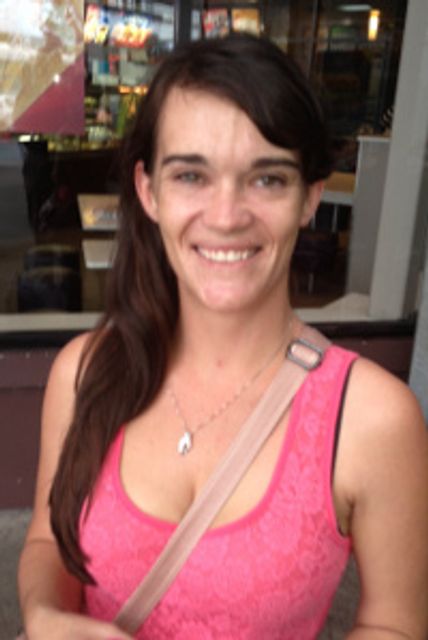 In Inala, Natasha Robertson, who works for an agency assisting people with mental health issues, and was previously unemployed herself, said she was very familiar with the problems caused by unemployment.

“I know, working with people, that unemployment causes a range of mental health issues, including severe depression and anxiety, even suicide,” Robertson said. “Because of unemployment, it’s going through the roof. Being out of work has a huge effect on peoples’ mental health, but it seems to get swept under the rug. It has the ability to take a strong person and just break them down, especially when they think they can’t provide for their family anymore.”

Robertson said that after being made redundant as a waitress, she went back to study for two years for a diploma in social services, “but it still took months and months to find work, doing minimum wage work.” She added: “There are so many people I know who have gone back to school or university and spent ten grand on their education and still can’t get work. They find themselves doing the same things as they did before—waitressing, bar maiding or cleaning or whatever they can.”

Casual work also caused mental health problems. “People are working long hours, keeping them away from their kids, especially if they are on low pay and have to pay for child day care or after-school care,” Robertson explained. She said wage levels were “awful,” with some people, especially refugees, working for $5 an hour.

Asked why so many jobs were being eliminated, Robertson admitted: “You know, that’s funny, because I have not thought about it a lot. But I know that the homeless rate will keep increasing, along with mental health issues, communities falling apart, kids not having parents around, families having to beg from the Salvos.”

Robertson ridiculed Gillard’s claims that people were better off in Australia than in other countries. It was “not the reality.” She continued: “I was always brought up to think that Labor was for the working people but how can it say that it is, when you look at what has happened to the working people when Labor is in power.”

Judy, a single mother who works part-time at a counselling clinic after a year without a job, also disagreed with Gillard telling people how lucky they were. She described the unemployment situation in Inala as “terrible.” She said: “There is not a lot of help for people from Inala. They are given up on, just forgotten really.”

Judy too had seen “a lot of people coming in for counselling, from losing their jobs after 20 or 30 years.” She added that the government’s job placement agencies did not help much. “I eventually got my job by advertising myself on the Gumtree web site, because I was sick of not being helped by my job agency.”

Judy’s disillusionment with the Labor government was intense. “I am a Labor supporter usually, but with the government being run by Gillard, it has taken it way down.” One reason for her disaffection was that she faced losing at least $100 a fortnight when her son turned 8, because of the government’s cut to single parents’ benefits. “I don’t know why the government is doing that. It’s really unfair. People like me are trying to get out of our unemployment situation, and we’re being punished.” In the Melbourne suburb of Broadmeadows, where the official jobless rate was 9.6 percent in December, Kane and his friend Glenn Kunelous were interviewed directly across the road from the Ford car assembly plant, where thousands of jobs have been destroyed over the past three decades.

Kane explained: “I was unemployed for a while but I now have a job as a storeman. I get $630 per week after tax, but it really is not enough to live on. I left home a few months ago, but all I could afford is to rent a caravan in a park.

“I previously worked at Ford for at least five years on the [assembly] line. About five years ago they announced a number of sackings so I put my hand up and took a redundancy. I didn’t think that there was much future at Ford. My aunty still works there but she is really worried that she is going to lose her job.”

Asked about the Gillard government, Kane commented: “All I know is that we need a party that doesn’t kick us around. I’d like to see how Gillard would go if she had to walk around in our shoes. They should see what it is really like. People in these areas, like Broadmeadows, are so poor.”

Glenn Kunelous described life on the dole. “I’ve been without work for three years. My rent is $225 and I get $619 a fortnight. I’m left with $150 a fortnight to live. I just saw the Salvation Army for the first time to get a $50 food voucher.”

Kunelous commented: “I thought the Labor Party was here for those doing it hard. But it’s just getting worse. My dad worked at Ford for 25 years and then he got retrenched. He’s also on the dole now.”

In the Sydney suburb of Campsie, where the jobless rate was 7.6 percent, Cathy, an office worker, spoke about the plight of her husband, Sanjay, a mechanical engineer who migrated to Australia in 2009. He had a job for about six months, until a project ended, and had since had a series of temporary jobs, none in his professional field.

“He just goes every day and applies,” Cathy said. “He must be applying for 6 or 7 jobs per day. He doesn’t give up—he just applies and applies. He’s been assessed by Engineers Australia and he’s got his qualifications, and he’s still looking for work.

“We have a baby and it’s very hard for one person to support the whole family, and because of my income, my husband’s unemployment benefit gets cut short. It’s hard to juggle work and then come back home and maintain a home, and a baby… I’ve been working since my baby was three months old.”