As retired city workers are forced onto private exchanges

Half of Detroit’s residents too poor to afford Obamacare

Several hundred workers, retirees and unemployed workers attended a publicly sponsored health care exposition at Cobo Hall in downtown Detroit last Wednesday under conditions in which the city faces what can only be described as a health care emergency. 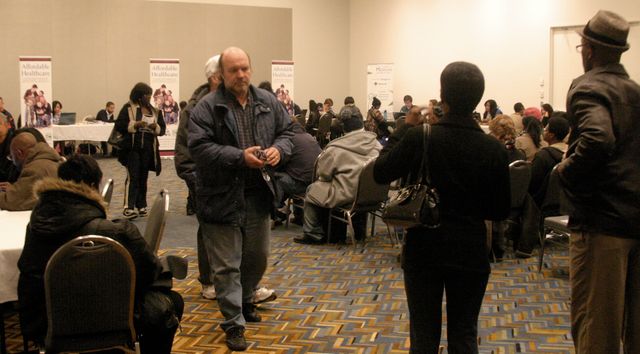 The health care event in Detroit

The event was part of the Obama administration’s all-out push before the March 31 deadline to enroll in the Affordable Care Act (ACA, known as “Obamacare”). While it was largely a promotional forum for the government program, a large number of workers attended seeking help with the many difficult financial and bureaucratic roadblocks involved in signing up for health care.

As the ACA law now stands, those without health care insurance, either from their employer or a government program such as Medicare or Medicaid, face a tax penalty in 2015.

Also in attendance were many Detroit city workers whose health care benefits have been gutted by Emergency Manager Kevyn Orr. The city is also proposing to reduce its payments for retiree health care benefits by 85 percent. Those over 65 will be forced onto Medicare and those under 65 onto the health care exchanges with a derisory $125 per month stipend and no help for family members. 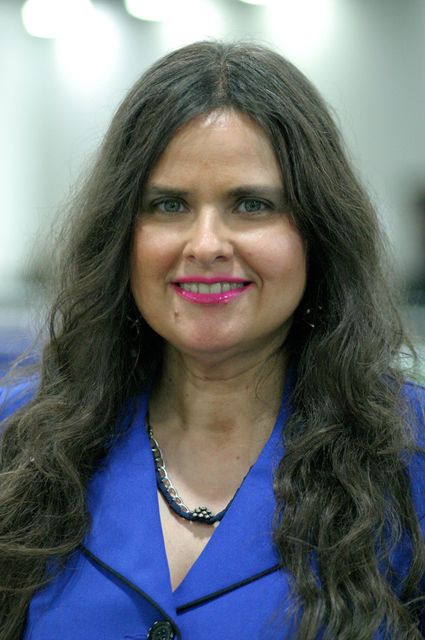 Mary Mazur, director of Communications and Community Collaboration with the Wayne County Department of Health and Human Services, described to the WSWS the perilous health situation facing Detroit residents.

“With the bankruptcy situation and retirees potentially losing large portions of their pensions there is a concern for the residents who have stayed here their entire lives.”

Mazur said the scale of the problem in Southeast Michigan is huge. Mazur told the WSWS that 300,000-400,000 people are uninsured in Wayne County. This translates to about 20 percent of the region’s population living without health care coverage.

The first hurdle was a lack of income, she said, a situation Mazur described as dire. “There is a realization that a part of the population does not qualify for ACA.” When asked for numbers she said, “I have heard that just within Detroit proper this would include almost half the population.”

“Hopefully someday they can be transitioned into the Affordable Care Act. There is a realization that the ACA and their current life situation is just not one to one.”

Explaining that a new program has been established to help those too poor to qualify for a subsidy under the ACA, Mazur told the WSWS the new program—called Healthy Michigan, part of the Medicaid Expansion program—will go into effect on April 1.

Healthy Michigan is for low-income residents between 19 and 64, who are not currently eligible for Medicaid or Medicare. To qualify a recipient cannot earn more than 133 percent of the federal poverty level, which is set at the absurdly low level of $16,000 for a single person and $33,000 for a family of four. Despite the fact that this amounts to “deep poverty,” unlike Medicaid, the program still carries premiums for coverage and co-pays.

The program, supported by Michigan’s Republican Governor Rick Snyder who is running for re-election this year, was opposed by the Republican legislation but passed in September 2013. It has not taken effect yet, however.

The primary concern of the state and federal government is not expanding access to quality health care but cutting costs. “The goal is simple,” said James Haveman, the director of Michigan’s Department of Community Health, “Keep people out of the emergency room,” where the costs for care is substantially higher and generally is the only option for those without any insurance at all.

Mazur said health care in Detroit has been a pressing concern for a long time. “The difficulty many families face is that they have to choose between paying for food and utility bills or their health care needs and they sacrifice health care.”

The WSWS spoke to several people attending the event. 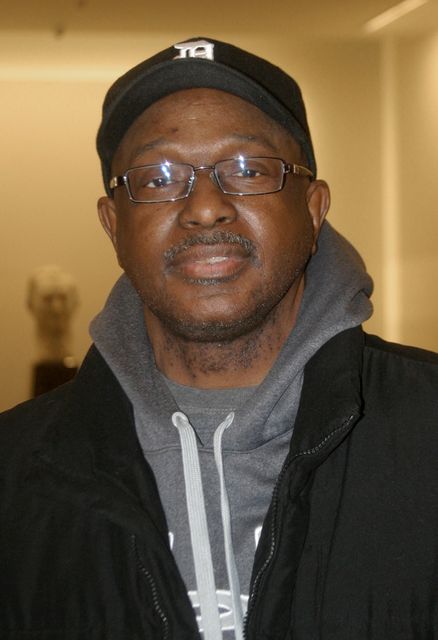 Carl Anderson, 56, a Detroit Water and Sewerage Department retiree, is being forced into the health care exchange because he is under 65 years old and not eligible for Medicare. “This is an impossible situation for me. I’m a diabetic. I have to have insurance,” he said. Carl explained he was being billed more than he was quoted and was told he was “locked in” and couldn’t change his plan.

As to the cuts being imposed by Orr on city workers, Carl was indignant. “Look, we are people, not paper, not products, we are actually living people. We should be given more consideration than anything. We are human beings with families and lives at stake. We are not like corporations that take a loss on taxes and keep going. We can’t do that. We can’t take a loss and survive.

“These are rights that were guaranteed to us from the moment we started working. Now because of a situation that is not under our control we have to suffer for the mistakes the city made. When you are talking bankruptcy, it is the people who should be considered first.

“They are paying millions of dollars to lawyers in this bankruptcy. This is millions to people who are already rich. We aren’t rich. We are surviving until the end comes. We are just living our days out.” 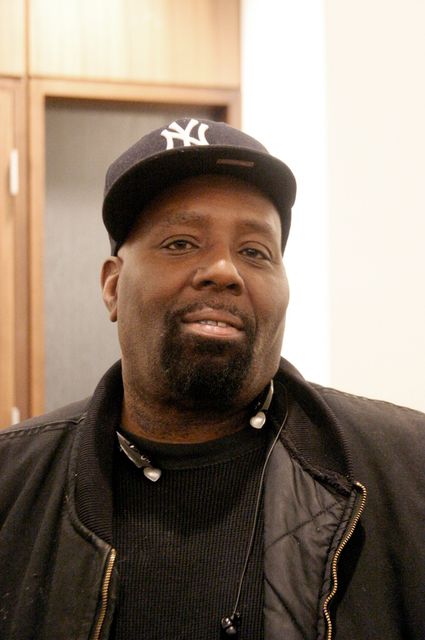 Jerry Mitchell, 55, is a retired Detroit Water and Sewerage worker who is also being forced onto the Obamacare program. Jerry said they stopped paying his medical program because of the bankruptcy cuts.

“I was told my health care costs with Blue Cross-Blue Shield would be $1,800 a month because I have five kids. I went to a clinic and they said perhaps I could be placed onto the Medicaid program. They told me that even with the Obamacare program I would have to pay close to $1,000 out-of-pocket.”

Jerry said he was only receiving $2,300 a month for his pension. “By me not working another job, this is taking the bulk of my income. I can’t do that. I came here to see about a family plan. I’m still waiting to hear from Medicaid.”

Reginald Bryant came to the clinic with a friend because he does not have insurance and had a high bill from an injury. “I came to see if I could apply for it (ACA),” Reginald said. “I have been without insurance for two years now.”

Bryant, like many at the clinic, said he had health insurance earlier but lost it when he was laid off. “I had insurance but I was laid off at Wayne State University two years ago. I broke my wrist when I was working and I had to go and get it checked later.”

Reginald said he received the hospital bill and was shocked at what they charged him. “I had to go to the hospital and I got one of the highest bills I ever had. It was for $1,500. Being unemployed, I can’t pay it.”

Reginald said he decided to come down to the health care event to speak to someone because there was a lot of miscommunication. “The computer system is slow, so I came down to see what I could do in person.

“I think that everybody should be able to have health care, not just the people with money. If you are unemployed you still need health care. It should also be available for those who are less fortunate.” 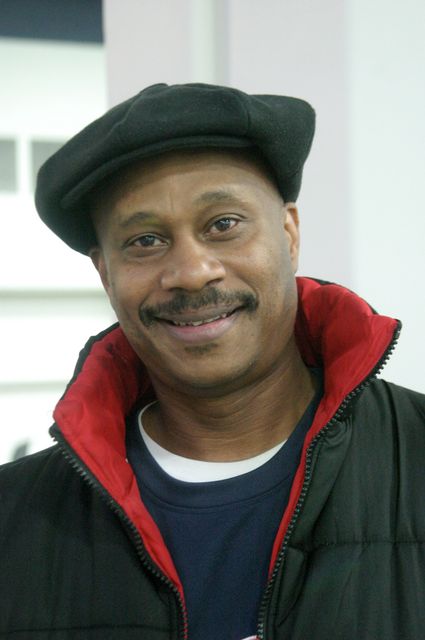 Orville Dale, 49, is also without health care and came to get information. “Health care is overpriced and hard to maintain,” stated Orville. In the state of Michigan it is hard times and being self-employed makes it all the more difficult to get any kind of benefits I can afford.

Orville said he knows a lot of people who are without health care with only 10 days left to signup for the program.

“It’s difficult to navigate the information online. You don’t know who is a carrier or who to go to. I didn’t know you could go to Blue Cross or other health care plans. I just thought it was like the state where you have to go through their doctors.” 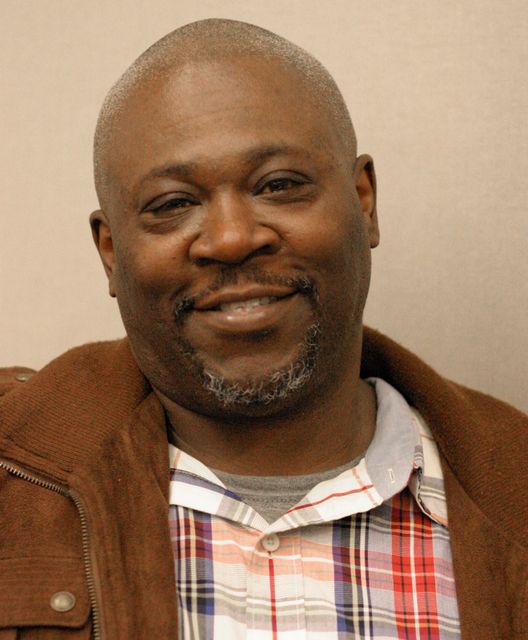 Randy said he was a hi-low driver for a major warehouse but does not have health care because he was a temporary worker. “I worked there for three years. It surprised me that they didn’t provide healthcare. And when Obamacare came along they began laying off all of the temp workers.”