Last week, the city of Detroit announced an aggressive campaign of water shutoffs targeting some 150,000 residents who are behind on their payments. The city plans to disconnect water service to thousands of structures per week. These measures are aimed at making the Detroit Water and Sewerage Department (DWSD) a more attractive investment in anticipation of privatization.

Reporters from the World Socialist Web Site visited an office of the DWSD Monday afternoon to speak with residents facing loss of water service to their homes. By early afternoon, the waiting room of the DWSD office was filled to capacity and a line was formed outside the office, overseen by armed guards. Most of the residents who appeared at the office had either already lost their water, or were facing the threat of immediate shutoff by the city.

There was deep anger against the shutoff policy, which workers denounced in the harshest terms. Workers spoke about being forced to choose between paying their huge heating bills and other expenses during the record cold this winter. 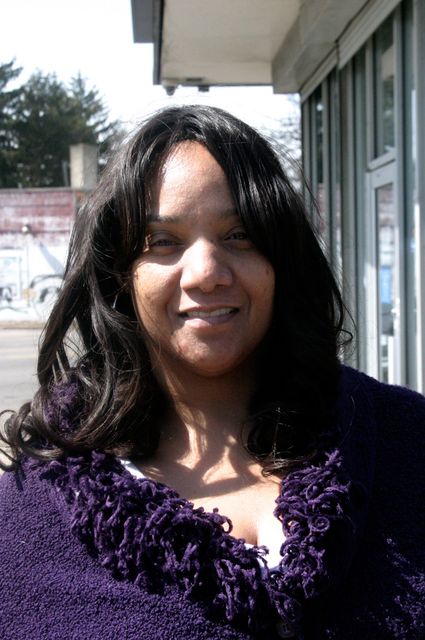 Karen, a registered nurse, told the WSWS, "My problem is, it’s too expensive. Prices are going way up. That’s why I'm behind on the payments sometimes.

"I don't even flush my toilet very often. It uses too much water," Karen said. "I paid in full this time, after getting a warning notice, and they still shut me off this morning together with five or six people on my block." Christopher Deal, a 40-year-old Detroit resident who takes care of his ill mother, said , “I think it is a shame. I don’t believe anyone should be cut off. You have to have water for a decent life. It’s really impossible to live without water.

“You know, it used to be that they collected on the water bill every three months. Our bill used to be $50 for three months. Now it is $119 a month, and in January I got behind a couple months and it was $378,” Christopher said. 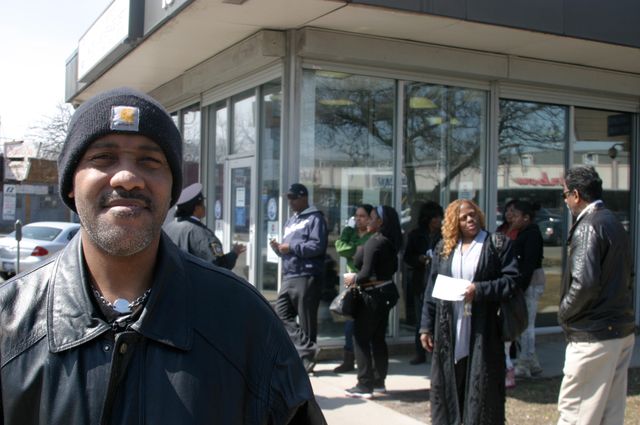 Christopher said his father was a retired city worker and his mother receives a small check from his pension. “It’s only $305 a month but if they cut it 30 percent we will really feel it. My mother gets that pension and Social Security, plus a really small pension from Beaumont Hospital where she worked. These cuts would devastate us.

“It’s not right. We are living on a fixed income and they are taking that away, plus cutting people off essential services. It is so outrageous,” Christopher concluded. Another resident named Godwin told the WSWS, "People are struggling to make a budget that can keep their water on. People are already broke. They're shutting people off who are less than two months behind. People are going to be falling sick. It will become an epidemic. Water is essential to life.

“They've been generating profit all these years. Now they're using a strategy, planned from the top, to privatize the water and make even more of a killing. They're going to eliminate a bunch of jobs in one swoop as part of it," Godwin said.

Virgil Mitchell-Bey, a 57-year-old disabled carpenter, told the WSWS, “I’m just not able to pay the hundreds of dollars they want from me to keep my water running. I am disabled and on a fixed income. I rolled my wheelchair here for miles, just to tell them I can't pay.

“But if they shut me off, I'm dead. I need the water for therapy, and for cleaning my catheters. They're making individuals choose between feeding, clothing, and washing. Water wasn't like this 30 years ago,” Virgil said.

Jackie Carroll told the WSWS, “ What they are doing isn’t right. The economy is so bad and people don’t have the money. If they did, they would pay. And what are people supposed to do? You have to have lights and you have to have gas. People are being forced to make bad choices.

“This is affecting a lot of people in Detroit and the state of Michigan. The emergency manager is working with Governor Snyder, Dave Bing—they are all working together to attack working people in Detroit,” Jackie said.

“Take what is happening to the seniors in Detroit: they are cutting their pensions, health care. They are really sticking it to working people,” concluded Jackie. 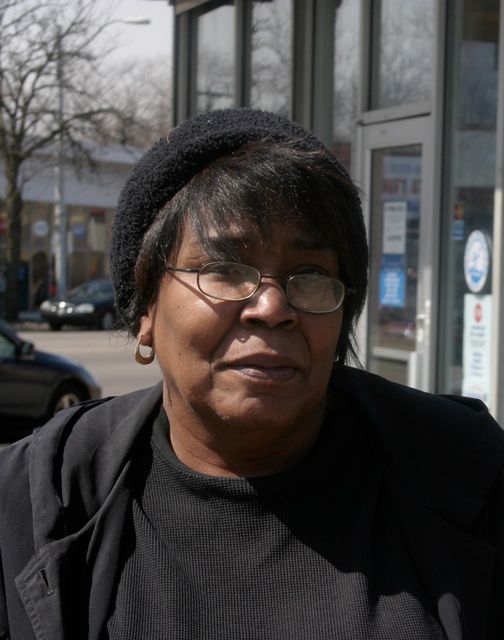 The WSWS also spoke to Kim Wilson, who said, “ They want to privatize everything in Detroit and take it away from the people. They privatized the sanitation department, the buses, and the schools.

“They sent me a notice that they would shut me off on March 26. But it is a bad time to have to pay it. Because of the long winter and how cold it has been my gas bill went up from $300 a month to $500 last month. I just don’t have the money,” Kim said.

“They are doing this to take advantage of the people so that they have to live in poverty,” said Cynthia. “I think they should leave us alone. Everybody should have water, no matter what,” added Brian. 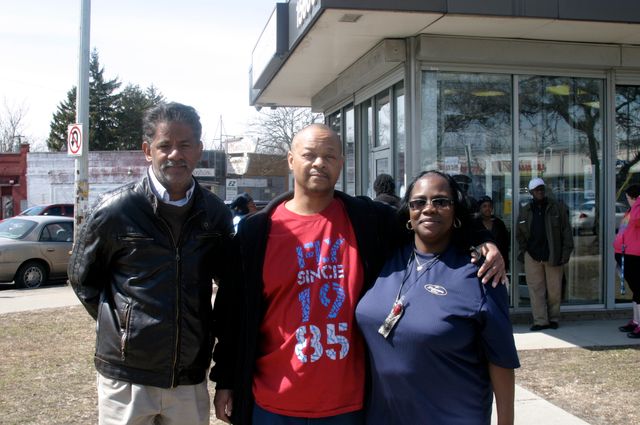 “What they are doing to Detroit workers is unfair,” added Cynthia. “I think they put in their time, and their effort and their years in the city and they want to take it away from us. I think they are trying to take Detroit over for the rich. They are attacking the rights of the working people.”

“Right now they are in my neighborhood shutting people off. They came to my house and threatened to shut our water if we did not pay our bill. Now, our bill is not due until April 4, yet they came today. They are running the Water Department like the mob,” said Brian.

“They are running the city like the mob,” added Cynthia. “What are we supposed to do without water? You can’t wash, you can’t cook, you can’t do anything. I have my grandbabies come to my house. How am supposed to tell them they can't wash off?”