Interviews on the May Day Rally from the US and Europe

In Europe and the United States, groups of workers and youth came together to listen in to the May 4 International May Day Online Rally, sponsored by the International Committee of the Fourth International. The World Socialist Web Site spoke to several of those attending. 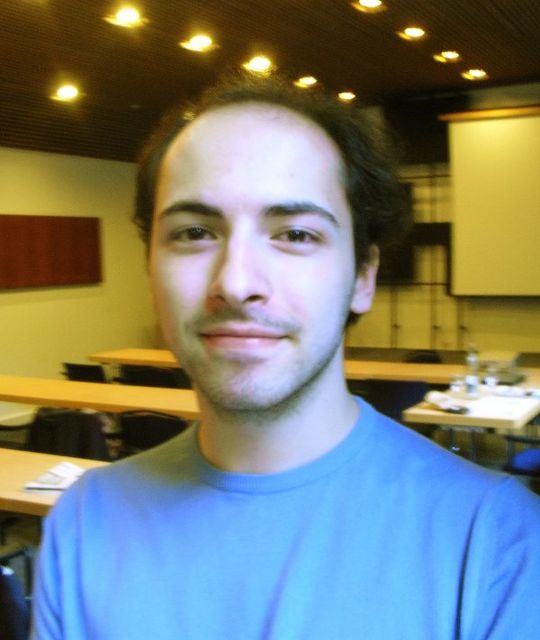 In Berlin, Lukas, a physics student, and Andre, a 30-year-old worker, expressed their views on the rally.

Lukas said, “I was very impressed. In particular I found the contribution from Wije Dias very important. He explained the significance of the Theory of Permanent Revolution for the working class in countries like India, South Africa and Egypt. I also found it powerful how the propaganda of the bourgeois press was exposed and rejected.

“The rally as a whole was an important marker against nationalism and militarism. It made clear that there is another solution. The speakers expressed this. There is an international force that has an answer to the global problems of capitalism. I hope that the meeting was not a one-off event.”

Andre commented, “The last contribution from [Socialist Equality Party (US) National Secretary] Joseph Kishore in particular was very positive. He showed that there is an American working class. Here one only hears about the NSA, the police and the military, but the working class is stronger.

“The appeal to build sections of the ICFI everywhere now is central. Only a few hundred kilometres from here one can see what is happening with the world. In reality, war already predominates in Ukraine. The alarm bells are ringing. It is important to explain what is really happening. The rally did that today. This correct assessment must be publicised and the party built. My conclusion is that I need to spend more time on political work. I want to take part in discussions and convince people of the ICFI’s perspective.”

Sebastian, Denis and Jacqueline, students from the Ruhr region, followed the rally in Essen, Germany. 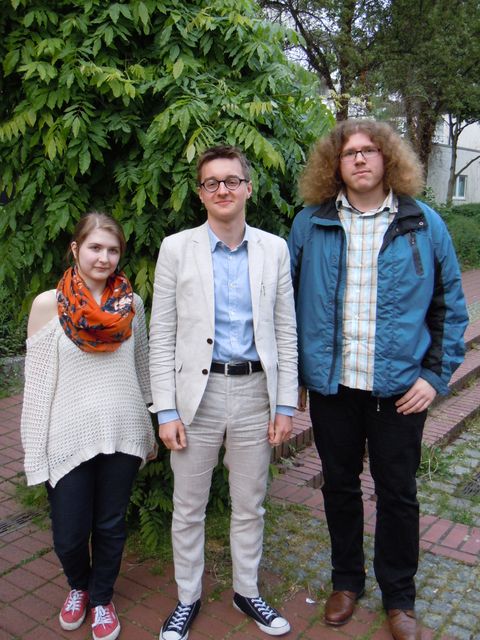 Sebastian said, “I found it good that the contributions placed central emphasis on geopolitical developments, particularly given the dangers and developments towards another world war.”

Jacqueline said, “I found the geopolitical events referred to in the contributions very interesting. In particular, the alliance between the US and Japan against China was presented very well.

“I also thought it was very good that the origins of May Day as an international workers’ holiday were discussed, the Haymarket massacre on May 4, 1886 and the revolutionary history and role of the American working class. Here the origins of May 1 are always presented as if they mainly lie in Europe.”

Marsailis, works at Wayne State University in Detroit, Michigan. He attended the public meeting at which the May Day meeting was chaired and from which WSWS International Editorial Board Chairman David North and SEP (US) National Secretary Joseph Kishore spoke.

“When I got into college I got a one-sided perspective. I didn’t learn about socialism. Everything was labeled ‘communism.’ Doing my own research I learned about how dire the situation was. It was made obvious to me how much I didn’t know.

“I learned that the class struggle is more prevalent than is portrayed in the mainstream media. The source of our crisis is acute. The media bias is a result of a few people with power in their hands. The banks are financing the politicians and the media. The people who are reporting the news are distant from the real news. You start to see how the mainstream media is no different than entertainment.”

Marsailas spoke about the crisis in Ukraine. “There are a lot of smokescreens We are meddling where we don’t need to be. The US and its cronies are instigating conflict, and then saying ‘we are here to help.’ That is not to jump on Russia’s bandwagon, but Russia is not trying to hide what it is doing.

“Detroit is the place where you built the infrastructure in America. To call in [Emergency Manager] Kevyn Orr, the bankers’ crony and lackey? He is here to represent the people who mean no good for the city. To sit amid the largest supply of fresh water in the world and for hundreds of thousands to face the loss of their water due to shutoffs is staggering.”

Several students and workers gathered to listen jointly in US city of Minneapolis, Minnesota. Tony, a youth worker, said, “I am honored to be a part of this first international online meeting, and I hope this is just the beginning, because there is a need for workers to unite worldwide. 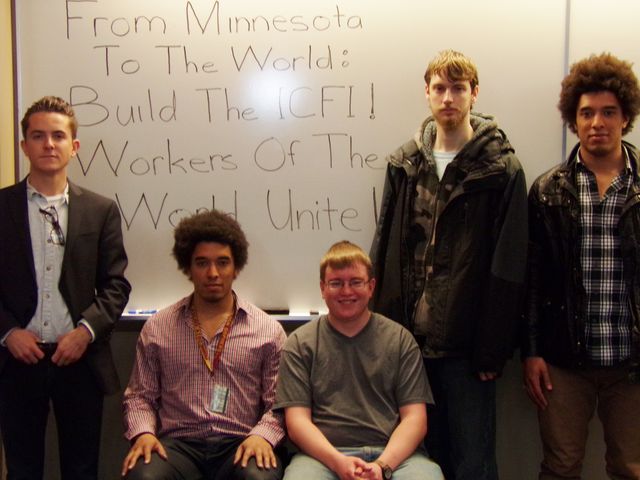 Members of the IYSSE at the University of Minnesota

“I am glad that especially the workers from Ukraine and Russia were able to be represented by this movement and to attend this meeting and hear the perspective of the revolutionary movement of the international working class. This is especially important now, because never before in history has there been a time when the working class needed an independent organization more than they do today, on account of the threat of war between nuclear powers.”

Todd, a geology student at University of Minnesota, said, “I am also honored to be a part of this. What was represented in this rally was not only the immense need for a workers movement but also the immense capacity of workers and young people to unite and oppose capitalism. Building this organization is the way to fix the problems people face.

“To the workers of the world: the most fundamental thing is building this movement and building political consciousness. People know that there are problems, but we have to explain what they are and study them and mobilize the international working class to build the ICFI and fix the world.”

Matt, also a youth worker, said, “This meeting is an important historical development in building an international workers movement against social inequality, war, and the policies of the ruling class. It is not merely a responsibility we have, but a duty. The consequences of not building this movement are immense, with the threat of world war, a war that the ruling class wants. We must not allow another generation of young workers to be slaughtered at the altar of capitalism.

“For the leaders of the next generation of the workers movement, there were many important things discussed at this meeting for us to take into consideration.

“My message to the workers of the world is this: Read Trotsky. Build our movement. Study history. There are lessons to be learned from history and from the history of the movement that we must know in order to defend the future of humankind and human progress.

“I would like to add a thanks to the speakers. This comments section is also something else--I have never seen so many statements from so many parts of the world. This is amazing.”

Ben, an engineering student at University of Minnesota, said, “The national divisions have been a source of great problems. They have been used to keep groups from uniting internationally to create better conditions for people. Making this meeting a point of fighting against animosity between groups based on geographical boundaries was a very important step. With the threat of war in Ukraine and Eastern Europe, standing against this is very important.”