New York City man dies after being choked by police

A Staten Island man died Thursday after officers from the New York Police Department (NYPD) put him in a chokehold, piled on top of him and held his head down, constricting his breathing.

Footage, posted on the New York Daily News website, shows Eric Garner, 43, being pushed to the ground, crying out “I can’t breathe! I can’t breathe!” while five officers pinned him down and put him in handcuffs.

Almost immediately Garner stopped struggling and appeared unconscious, prompting the police to call paramedics. An angry crowd gathered around the scene, some of whom began filming the NYPD’s actions with their smartphones. 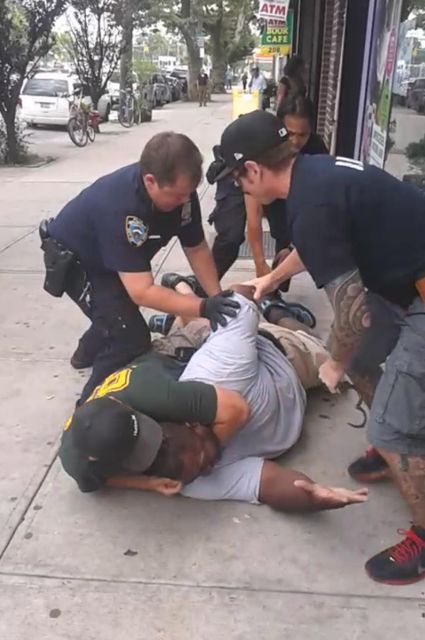 Garner’s family and friends called him a “great dad,” a “warm guy,” and a “gentle giant.” Neighborhood residents, outraged by the killing, gathered by the spot where he died for hours afterward.

Witnesses to the arrest have said that Garner helped break up a fight between two men, before police approached him. NYPD officials claimed that they moved in to arrest Garner after seeing him selling untaxed cigarettes.

His wife, Esaw Garner, said he suffered from chronic asthma. She said that police had no reason to arrest Garner at the time of his death, telling New York Daily News, “They’re covering their asses, he was breaking up a fight. They harassed and harassed my husband until they killed him.” His family has also stated that he had no cigarettes on him or in his car when he died.

Chokeholds, like the one used on Garner, are a violation of the Patrol Guide, which details rules for officers. The Patrol Guide specifies, “members of the New York City Police Department will NOT use chokeholds,” defined as, “pressure to the throat or windpipe, which may prevent or hinder breathing or reduce intake of air.”

New York Mayor Bill de Blasio released a statement on Garner’s death, saying, “we have a responsibility to keep every New Yorker safe,” and that he and Police Commissioner Bill Bratton “are harnessing all resources available to the City to ensure a full and thorough investigation of the circumstances of this tragic incident.” 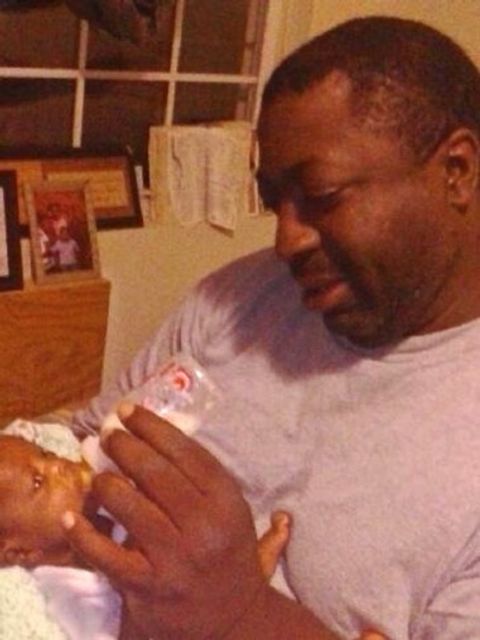 Despite posturing as a reformer, De Blasio has continued the repressive policies of his predecessors, appointing Bill Bratton as Police Commissioner, a position Bratton held 20 years ago. Bratton also worked as the Chief of the Los Angeles Police Department, between 2002 and 2009, where he heavily policed working-class areas and focused on clearing the homeless from downtown Los Angeles. Bratton is a defender of the unpopular stop-and-frisk policy that de Blasio campaigned against during the election.

De Blasio has continued to crack down on nonviolent crimes such as marijuana possession, panhandling, and jaywalking. At the same time the NYPD has continued to commit egregious acts of violence, smashing a 14-year-old’s head through a store window last May, and beating an 84-year-old man until he needed to be hospitalized earlier this year.

Last September, NYPD officers wounded two people after firing their weapons into a crowd at Times Square as they pursued an unarmed man wandering through traffic near Times Square in Manhattan.

A recent New York Times report exposed the brutal conditions faced by those arrested in New York City. According to the report, 129 inmates were beaten severely by prison guards in Rikers Island Correctional Facility over a period of 11 months last year. Seventy-seven percent of the inmates seriously injured were diagnosed with a mental illness.

A report from the American Civil Liberties Union (ACLU) issued last month details the “militarization of local law enforcement” throughout the country. The report details that almost $450 million worth of equipment was funneled through the military to paramilitary police units. Special Weapons And Tactics (SWAT) units are also frequently being used to carry out raids and serve warrants related to nonviolent crimes.

The actions of the police, which are supported by both Democrats and Republicans, serves to intimidate a population that is increasingly outraged by the growth of social inequality. This is particularly true in New York City, which hosts more billionaires than any other city, while the majority of residents have to struggle to survive in a city with the highest cost of living in the country.