Regional authority a prelude for privatization of Detroit water system

The deal crafted earlier this week putting a regional authority in charge of the Detroit Water and Sewerage Department creates the political and legal foundation for the largest privatization of a municipally owned water department in the United States.

The settlement, which was pushed by the city’s emergency manager and federal bankruptcy mediators, is part of the financial restructuring plan set to be confirmed by US Bankruptcy Judge Steven Rhodes. The plan will gut the jobs, pensions and working conditions of city workers, push low-income families out of sections of the city that are being essentially shut down, and provide a boondoggle for wealthy bondholders and private investors. 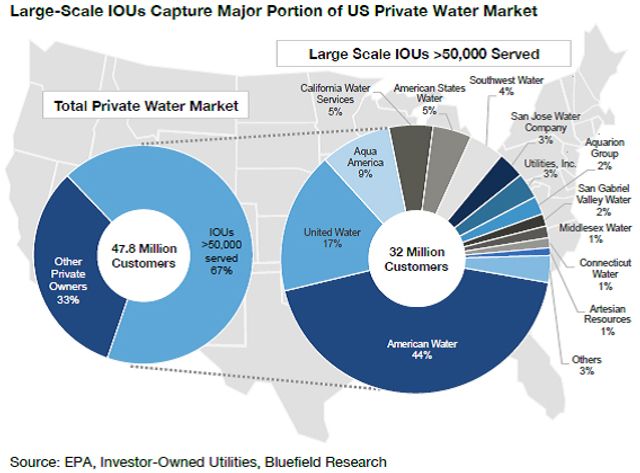 The bankruptcy and moves toward the privatization of the water department are fully backed by the Obama administration, which has pushed cash-strapped cities to enter “public-private partnerships” to fill the gap from reduced federal and state funding for infrastructure needs, just as it has done in public education and health care.

Under the agreement signed by Detroit Mayor Mike Duggan and executives from three metropolitan area counties, the city will lease, for 40 years, pipelines servicing suburban communities in exchange for $50 million a year payments. A new six-member board made up of unelected officials—two from Detroit, one each from Wayne, Oakland and Macomb counties, and one appointed by the governor—will make decisions on water rates, contracts, labor agreements and the privatization of services. 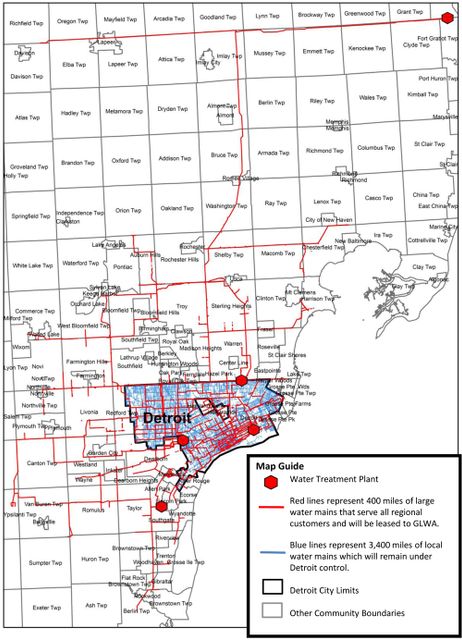 Presently, the Detroit City Council must approve the privatization of any city department or the franchising of any portion of the water system. In addition, the City Charter explicitly declares that Detroit “shall not sell or in any way dispose of property needed to continue the operation of any city-owned public utility furnishing water and sewerage service, unless approved by a majority of city voters voting on the question at a regular or special election.”

The new agreement, which establishes the Great Lakes Water Authority, “removes any democratic checks on privatization,” Mitch Jones, from the consumer rights group Food and Water Watch, told the World Socialist Web Site. “The emergency manager is using the federal bankruptcy laws to sidestep the City Council and the City Charter and essentially disenfranchise the people of Detroit.”

While the deal did not privatize the Detroit Water and Sewerage Department outright, it was the “prelude to privatization,” Jones said.

“We feel it is very significant. For a whole period of time the private water companies shied away from large water departments, particularly after the disaster in Atlanta and then the 2008 financial crisis. They began to prey on small, financially strapped communities and gave them incentives to privatize. What is happening in Detroit could signal a return to efforts to privatize large scale water departments after that had fallen out of fashion,” Jones said.

In 1999, the city of Atlanta entered into a 20-year “public-private partnership” with United Water Resources Inc. to run its drinking water system. Four years later, after public outcry over exorbitant rates, brown water and poor service, the city’s Democratic mayor, who had signed the contract, was forced to terminate it.

Veolia North America, a division of the French conglomerate that is the largest private water company in the world, has been contracted by Emergency Manager Kevyn Orr to streamline Detroit’s water operations. “We can expect that Veolia will likely recommend that the authority privatize the operation and management of the systems,” Jones said. “And, we can expect the new authority to pursue those recommendations.”

“Veolia is Paris-based,” Jones added, “but Paris took its water system back from Veolia because of bad service and high rates.” The Detroit settlement was being sold on the basis that rate increases would be capped at four percent every year for the next ten years, he said. “But if you read the memorandum it does not guarantee rates won’t go up even higher—it’s only a hope.”

Over the last several months, Orr has overseen the shutoff of water service for nearly 20,000 households for failure to pay. It is now clear that the brutal policy was aimed at eliminating “bad debt” and clearing the way for the present settlement and more than $2 billion refinancing from Wall Street, including Citibank. Already half of the revenue collected by the department goes to debt servicing.

Throughout the country the huge gap between available public funding and the amount needed to repair the nation’s antiquated water infrastructure is being filled by private companies, according to a recent report from Bluefield Research cited in the industry web site Water World.

“With an infrastructure investment gap of more than $500 billion for drinking water and wastewater treatment over the next 20 years, a revised regulatory landscape is shaping new opportunities for private players looking to invest strategically in US water,” the report noted.

The selloff of public water systems has the backing of both big business parties. “A major step forward for the market came on June 10, 2014, when President Obama signed the Water Resources Reform and Development Act (WRRDA) into federal law,” the Bluefield Research report states. “WRRDA aims to alleviate investment gridlock, which has plagued national water infrastructure over the past 25 years. A series of private water-friendly proposals accompanies WRRDA, including the creation of a federal water authority, removal of caps on private water bonds, and guidelines for public-private partnership (PPP) legislation to support municipalities’ financing upgrades and optimizing management of their water networks.”

The report noted the importance of developments in Detroit, saying that “dozens of new companies—including several international consortia—are assessing US market entry in light of Detroit Water and Sewage Department’s (DWSD) plans for a PPP, which would be the largest such deal in the history of the industry. DWSD has annual operating revenues of nearly $800 million.”

The restrictions on private investment in public utilities contained in the Clean Water Act and other federal legislation are being dismantled by the Obama administration. The new laws, Food and Water Watch’s Mitch Jones said, “facilitate privatization by getting around federal checks on private money and moving the system from federal money to private resources.” 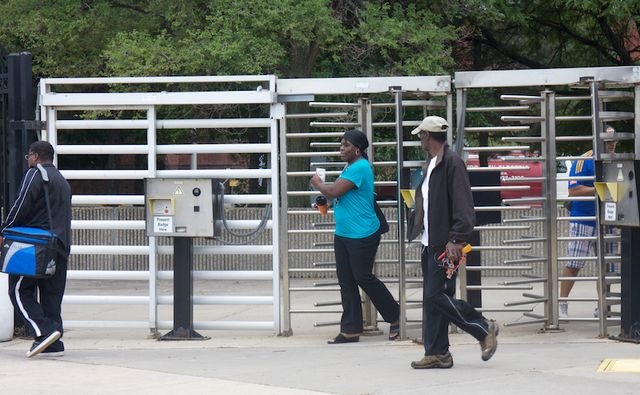 Mayor Duggan has claimed the new water authority will not cut the DWSD workforce and will honor collective bargaining agreements. In reality, the Democratic mayor is working with the unions to downsize the workforce, combine job responsibilities and reduce many workers to the status of at-will employees. The majority of workers at the Waste Water Treatment plant, members of the American Federation of State, County and Municipal Employees (AFSCME), are still working without a contract. Jason, a newly hired worker at the plant, characterized the regionalization plan and the whole bankruptcy process as “criminal.” He told the WSWS: “They are allowed to steal legally in order to pad the pockets of the contractors and are using the system to work things in their favor.”

Newly hired workers at the plant were given poverty wages, Jason said. “They have us starting at $13 an hour. You should be given hazard pay for all the dangerous chemicals and the smells.”

Another plant worker with 24 years experience said, “This was 30 years in the making, so it is no surprise. The big money people are behind this. This is a corporate takeover. It’s global finance capital coming right into our face.”

Another veteran worker added, “It is all garbage. They have already taken 10 percent of our money for over two years. That is $400 a month coming out of my household budget. They have also raided our health care.”

He said the whole bankruptcy process was being carried out against the express wishes of the voters in Michigan. “We voted against the emergency manager law, but Kevyn Orr still came in.”