No cause yet determined in Pennsylvania house fire

Fire officials have yet to release the cause of the tragic fire that swept through an old wood-frame house, killing four children and two adults and critically injuring a third early Saturday morning in McKeesport, Pennsylvania. The city is located 10 miles south of Pittsburgh along the Monongahela River. 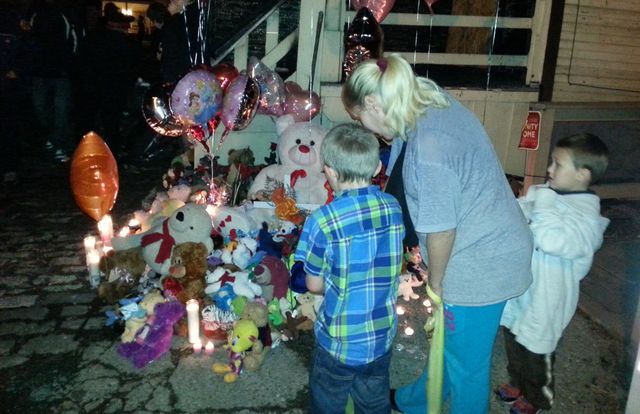 Vigil for the victims of the fire

Officials have stated that the fire began in the living room and quickly engulfed the house. When firefighters arrived, there was nothing they could do to save the family. The home did not have working smoke detectors.

All six victims died of smoke inhalation before being burned, according to the Allegheny County Medical Examiner.

Keith Egenlauf, Hope’s husband, was admitted to the hospital with burns over 55 percent of his body and is in critical condition in a medically induced coma. Doctors expect him to live. 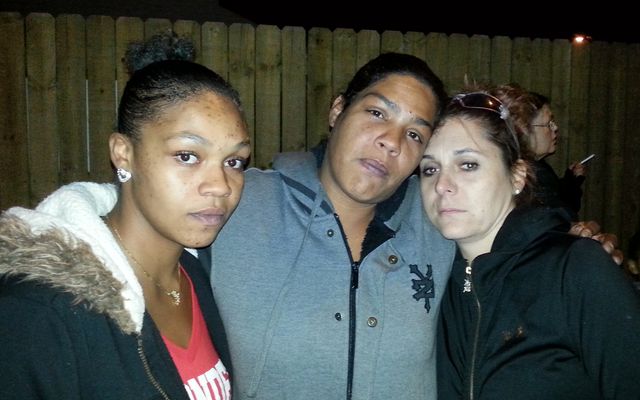 Neighbors who witnessed the fire stated that both Keith and Hope went back into the house to try and save their family. Hope was found with her children.

“When I looked out the house was on fire. I saw Hope and Keith both go back in,” said Tasha Cunningham, who lives nearby. “I guess he tried to get his father out and she tried to get the children. He knows they died when they were wrestling him onto the gurney…shouting that his family was in there.”

Hundreds of family members and residents of the tight-knit community attended a candlelight vigil for the family Sunday evening and an online fundraising has already received over $20,000 to assist with funeral expenses.

Alexis Boyd, who was a friend of the father of Serenity, said, “I knew Mr. Jakub. He has been my best friend for four years. I knew Serenity since she was born. She was such a wonderful baby.

“Hope loved her kids. She was with them all the time. Whenever you would see them they were outside smiling and laughing. They were a happy family.”

Tasha Cunningham said, “I knew the mother for 7 years. It is unbelievable. It was not supposed to be like this. She is supposed to be standing here with us. I live right across the street. We used to live in the same apartment building. When you live in the 10th ward, you get to know everyone. That is why I like it down here; everyone looks out for everyone else. They were some wonderful kids.

“The kids should have been watching Saturday morning cartoons, instead of us mourning them.”

Jessica Reese added, “They were a wonderful family. They were a happy family. Whenever you saw the kids they were smiling. She was really happy. She had just gotten married and she really loved him.” 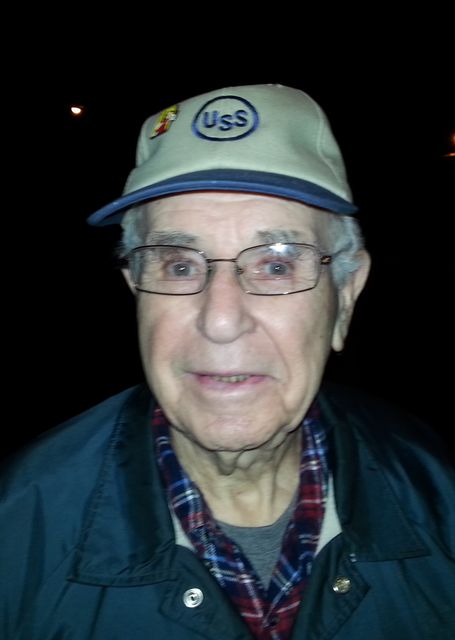 Walter Patton added, “I grew up in this neighborhood, I used to play on this street. I knew everyone that lived here. I lived here my whole life. I worked in National Tube for 36 years and I was in World War II before that. I remember when the mill was running full-force, this area and all of McKeesport was booming. People had jobs and they could take care of their homes. I went into the mill shortly after high school and retired in 1982.

“People want to work, but there are no jobs. The landlords just want the rent and they don’t take care of the homes. A house like this will burn fast; I understand there were no smoke detectors. Maybe if they went off they would have woke up sooner and been able to get out.”

Alexis commented on the lack of jobs in the area: “McKeesport is kind of like a black hole. There are no jobs. You have to go either to Pittsburgh or Monroeville to work and then you don’t get paid very well.”

Tasha continued, “These are old houses, they are drafty. The landlords don’t take care of them, they just want the rent. I am having a dispute with my landlord. I have the health department looking into it. I have to use heaters. The landlord didn’t insulate the house.”

As cooler weather is setting in and families are turning on heat or using space heaters, the number of fire deaths across the US is rising. The family members killed in McKeesport were 6 of 42 fire deaths reported throughout the United States for the week of October 12-18. Four other people were killed in Pennsylvania, two in Knoxville, and one each in Erie and Lower Paxton Township.

Four people each in Oregon, Illinois and South Carolina died in home fires and three people each died in Colorado, Kentucky, Louisiana and Texas.

The McKeesport tragedy is the worst such disaster in recent history for the city, but it is the direct result of the deteriorating housing that is available for low-income families. This is the result of the longtime decline of the area and the impact of the economic collapse of 2008.

McKeesport was home to the massive US Steel National Tube works, which at its peak employed nearly 12,000 steelworkers. The mill was closed in the late 1980s along with scores of other steel mills and coal mines throughout the southwestern Pennsylvania region.

The recession of 2008 and collapse of the housing market has further devastated the area. In particular, real estate speculators have purchased housing at a small fraction of its value, without making basic repairs before placing them on the rental market.

The Egenlauf home is not listed on the Allegheny County Real Estate web site so the exact date and amount of its sale is not available. The owner of the house has been identified as Boznk Properties LLC. The owner had made no improvements or maintenance on the home. The rapid spread of the fire through the structure was exacerbated by the lack of painting, which left the wood completely dried out.