By our correspondents
4 March 2015

Authorities at Griffith University have twice in the past week shut down International Youth and Students for Social Equality (IYSSE) campaign tables at two of its campuses in the Queensland state capital of Brisbane.

These actions are a continuation of a management bid to bar IYSSE members from registering a club at the university. This is a politically-motivated attack, directed against the only student club that advances a socialist and internationalist perspective opposing the drive to war, austerity and overturning of basic democratic rights being pursued by governments across Australia, Labor and Liberal-National alike.

At both the Nathan and Southbank campuses, the university has obstructed the efforts of IYSSE supporters to sign up new members in order to register a club for 2015. Applications to conduct orientation week stalls were rejected, and IYSSE literature and sign-up tables were then barred. This is a direct assault on the democratic right of students to decide for themselves which clubs to form and join.

The obstruction has persisted even after the IYSSE issued a statement on February 21 condemning the political censorship at Griffith University, circulated hundreds of copies of the statement at the Nathan campus and won support from numerous students.

Last week, IYSSE members and supporters were instructed to close down a literature and sign-up table at the Nathan campus, after being denied the right to have an O-Week stall. A university official threatened to call security guards unless the IYSSE team left the campus. She claimed that it would be “unfair” for the IYSSE to have a table when business organisations had paid for O-Week stalls.

On Monday this week, IYSSE members were likewise ordered to dismantle a campaign table during O-Week at the Southbank campus, and told that all O-Week stall places had been allocated, including to fee-paying businesses.

Deb de Silva, the clubs support officer for the Campus Life Clubs & Societies Office, told an IYSSE member, a first-year student, that he would have to file application papers at her office before any campaign to sign up members could be conducted. On February 2, the same official had sent the IYSSE an email declaring that “due to previous attempts, which proved unsuccessful in gaining student interest, we will not be proceeding further with this organisation registering as a student club.”

On Monday, de Silva denied that Clubs & Societies was trying to block the IYSSE from forming a club. But she insisted that it would have to submit an “expression of interest” before it could sign up members, even though the IYSSE was granted provisional registration last year after submitting the required list of 15 members. De Silva added that the IYSSE would also have to explain why it was different to Socialist Alternative, a pseudo-left group, suggesting that the university could use that group’s presence on campus as a pretext to deny registration to the IYSSE.

Socialist Alternative—which was permitted to conduct an O-Week rally at the Nathan campus—is a fake “left” organisation that has nothing to do with socialism. It actually endorses war—it has backed the US-led interventions in Libya and Syria—and seeks to divert the mounting popular hostility to the Abbott government into safe parliamentary waters, by suggesting that Labor and the Greens represent a “lesser evil.”

Far from failing to “gain student interest” as alleged by Clubs & Societies, for the past two years the IYSSE has been the only political club on campus to hold regular information stalls and advertised meetings—addressing the questions of militarism, social inequality and democratic rights that are of growing concern to all young people.

Last April, the Clubs & Societies Office suddenly banned the IYSSE from booking meeting rooms because it was “a very political club.” The pretext offered was the former Labor government’s anti-democratic Student Services and Amenities Fee (SSAF) legislation, which bars student services fees from being used to “support political parties.”

The IYSSE circulated a statement entitled “Defend the democratic rights of Griffith University students!” and launched a campaign that won a decisive response from students, forcing the university management to back down. Now, an even more explicitly political attack is underway against the IYSSE.

At the same time, Griffith University is assisting the pro-war campaign that has been launched by the Australian government and the mass media to celebrate World War I. The purpose of this glorification of war is to whip up nationalistic and patriotic sentiments among young people—the generation that faces the prospect of being marched off to another war.

While the IYSSE has been denied campaign rights, the military has been invited onto campus to recruit students. “Come along, enjoy a sausage sizzle, find out about the wide range of careers in the Australian Defence Force” is the message for a barbeque event at Nathan campus on March 17.

Griffith students have condemned the university’s political attack on the IYSSE and supported its democratic right to campaign in order to register a club.

Trent, a new IYSSE member, said Clubs & Societies, “is preventing students from even meeting and knowing about the IYSSE … There is no real chance for the IYSSE to talk about the political issues, such as the wars and what the governments here in Australia are doing. 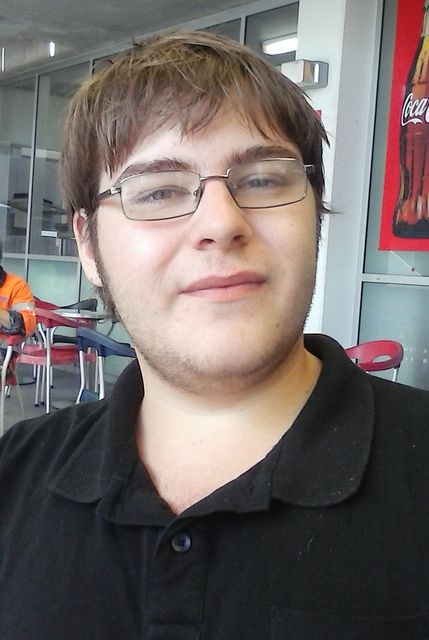 “Universities are meant to be a place of learning, a place of discussion and intellectual debate. If we can’t have that, then what is a university for? … What we are seeing with O-Week is big companies advertising their products. Yesterday there was a huge Sprite drink stall right next to the library.”

Asked why he thought the university was trying to bar the IYSSE, Trent said: “Every student starts to form a political opinion in this time of their life … But by banning different political parties from putting forward their views, the university is stopping the formation of these ideas, especially against war … Millions of people are killed in war. Is it really worth it? I don’t think so.

“They are allowing certain political views, but not others. They are trying to mould us into what they want—university students that are ready to go to war.”

Trent urged other students to support the IYSSE’s campaign to defeat the university’s political censorship. “If the IYSSE cannot have a club, students need to go out to their student administrators and to the administration offices and show their point … Something needs to be done.

“We cannot just let these people control our lives. We have to form our own opinions and be allowed to form our own clubs … Stand up against this. Don’t just sit down and let them do what they want.”

Messages demanding the reversal of the university’s bar on the IYSSE campaigning and forming a club should be sent to Wade Hurst, the Clubs Coordinator and Student Representative Council Liaison Officer.